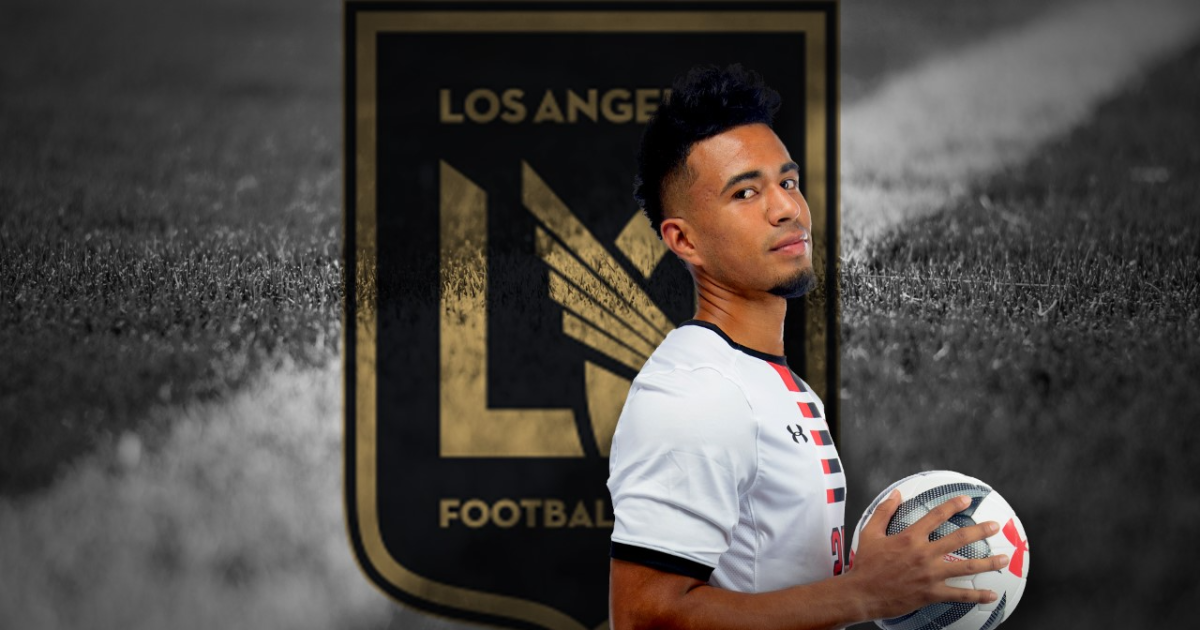 Daniel Trejo won’t have far to go to begin his professional soccer career after LAFC selected the Cal State Northridge senior with the 14th overall pick in Thursday’s MLS SuperDraft.

“I’m just very happy and excited to start this new journey with LAFC,” said Trejo, who had 26 goals in an all-conference career at CSUN. “My dream has always been to play for an MLS team. And a good team. LAFC is one of the best teams in MLS.”

Trejo is the second Northridge player to be taken in the first round of the MLS SuperDraft, following Sean Franklin in 2008. Franklin went on to win two MLS Cups with the Galaxy.

“Danny is the best overall player to ever walk through our program,” CSUN coach Terry Davila said in a statement. “He has the talent on the field, Big West Scholar-Athlete and he graduated early with a 3.5 GPA. LAFC will help him grow and reach his full potential!”

Trejo, a forward, faces a stiff challenge just making the roster because LAFC is deep at the position. Not only does it have the last two league scoring champions in Carlos Vela and Diego Rossi, but it has also Uruguayan national team player Brian Rodríguez; the recently acquired Corey Baird, a former MLS all-star; and Danny Musovski, who had five goals in 15 games last season.

“LAFC has some really good players,” Trejo continued in Spanish. “My goal is to learn as much as I can from them.”

Trejo passed up his final season of eligibility after the Big West Conference postponed, then canceled, five fall sports due to the COVID-19 outbreak. CSUN hasn’t played a competitive game since November 2019.

“We never really got together and even trained,” said Trejo, who finished work on his degree this winter. “So that’s when I made my decision that it would be best for me to try to play pro now and go into the draft.”

LAFC general manager John Thorrington said the canceled college season forced the team to do much of his scouting by video. Trejo impressed with him versatility and his ability to play anywhere across the forward line.

“We also liked that he’s a local product,” Thorrington said.

The Galaxy took University of Denver forward Josh Drack with their first pick, the 16th of the opening round of the three-round draft. Drack had 11 goals and 10 assists in 61 games, playing his first two seasons at Grand Canyon University in his native Arizona. The Galaxy say they plan on using Drack as an outside back.

Unlike in the NFL and NBA, where draft picks can turn a franchise around, MLS SuperDraft selections rarely make a major impact with the team that selected them. Of the players LAFC took in the last three drafts only defender Tristan Blackmon, a first-round pick in 2018, is still on the first-team roster. Blackmon is currently in camp with the national team.

None of the Galaxy’s picks from the last three drafts are still with the team.

In the second round the Galaxy took another University of Denver forward with the same initials when they picked Judd Preston, 21, with the eighth selection and the 35th overall. Preston, who had seven goals and an assist in 19 games in his only season at Denver in 2019, signed a contract with Sporting Kansas City’s USL Championship affiliate last week.

The Galaxy passed in the third round while LAFC took UC Irvine forward Alvaro Quezada of Lancaster with the 68th overall selection. Quezada, a forward, had eight goals and nine assists in 56 games for Irvine, which didn’t play last year.

UCLA midfielder Eric Iloski was also drafted, going to Vancouver with the 19th choice of the second round, one pick ahead of Cal State Fullerton forward Christian Pinzon, who went to the Chicago Fire.

LAFC announced one other transaction Thursday, sending $50,000 in general allocation money to the Philadelphia Union in exchange for the homegrown rights to goalkeeper Tomas Romero, a Salvadoran youth international who played in 17 games for Bethlehem Steel in the USL Championship over the last three years. Romero, 20, was also unbeaten in 12 games with Georgetown, leading the Hoyas to their only NCAA soccer title in 2019.