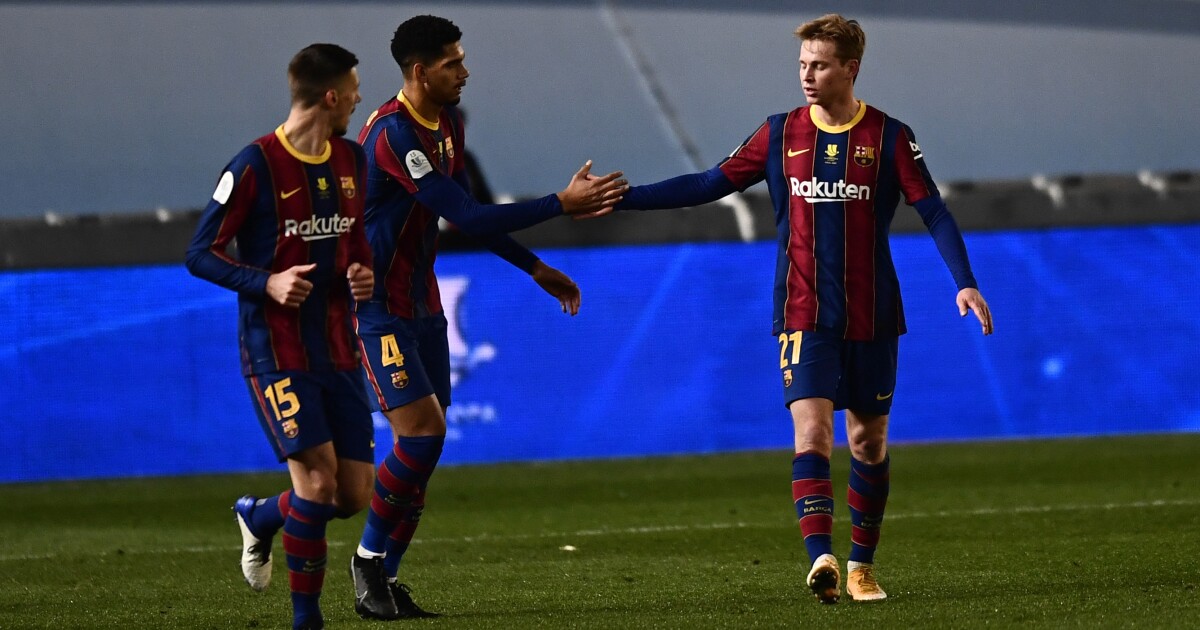 Barcelona didn’t add to its jam-packed trophy case last season, but it can pick up some hardware this weekend in a domestic cup competition while the top teams in Ligue 1 could switch places in France, highlighting the top televised soccer games from Europe this weekend.

La Liga: Barcelona didn’t win anything in 2019-20, the first time the Blaugrana has been shut out in 12 years. It can assure that doesn’t happen this season with a win over Athletic Club in Sunday’s Spanish Super Cup final (ESPN2, 11:55 a.m. PT).

EPL: With Sunday’s Everton-Aston Villa match postponed by a COVID-19 outbreak and NBC moving the day’s two marquee matchups — league-leading Manchester United at No. 2 Liverpool and Crystal Palace at No. 3 Manchester City — to its streaming service, Peacock, the only televised matches from England this weekend will involve teams likely fighting to avoid relegation. Fulham (2-8-6) will host Christian Pulisic’s Chelsea (7-5-5) on Saturday (NBC, Universo, 9:30 a.m. PT) and Wolverhampton (6-8-4) will welcome visiting West Bromwich-Albion (1-11-5) in the early game (NBCSN, Univision, 4:30 a.m. PT). Both Fulham and West Brom are in the drop zone. Just outside in 17th place is Brighton (2-8-8), which travels to Leeds United (7-8-2) on Saturday (NBCSN, Universo, 7 a.m. PT). Last-place Sheffield United (1-15-2) will welcome Tottenham (8-3-6) on Sunday (NBCSN, Telemundo, 6 a.m. PT).