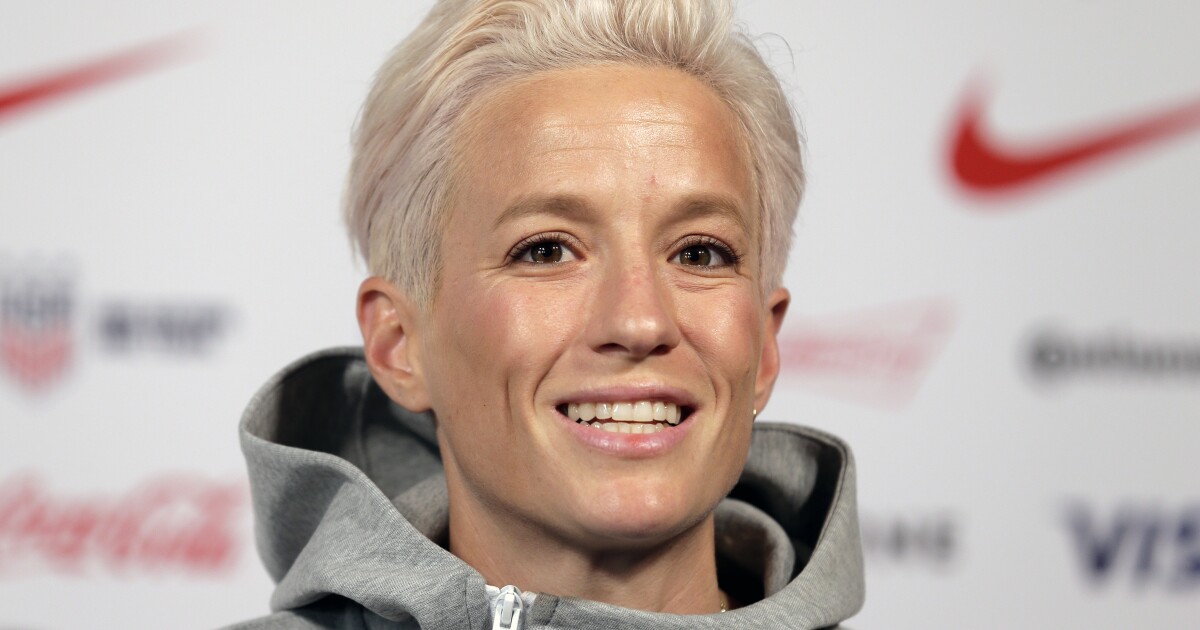 Megan Rapinoe, a two-time World Cup champion and the 2019 FIFA player of the year, has never been shy about sharing her views on political and social-justice issues. So she didn’t hold back Tuesday when asked what she thought of last week’s riot at the U.S. Capitol that briefly halted Congressional certification of Joe Biden’s election as president.

Several hundred people stormed the Capitol last Wednesday, overwhelming security guards and police and occupying the building for nearly six hours. Five people, including a police officer, died in the riot. President Trump has been accused of inciting the crowd, which was overwhelmingly white, with comments he made at a rally shortly before the siege began.

“To see where we’ve come in these four years has been devastating,” said Rapinoe, who returned to training with the national team this week for the first time in 10 months. “The reason we’re here is because we never have actually had reckoning with what our country really is. This is America. Make no mistake about it. We showed, very much, our true colors.

“This is not the first time we’ve seen a murderous mob like that. Unleashing a white supremacist mob is nothing new to America. People of color, Black and brown, know that very well. If we do not punish this and investigate this to the fullest extent, it only encourages more of this to happen.”

Rapinoe, 35, waged a brief Twitter battle with the president during the 2019 World Cup after she pledged she wouldn’t accept an invitation to visit Trump in the White House. She sees the events of last week as both “unsettling and scary” as well as a necessary first step on the road toward progress.

“Hopefully this the last layer we needed to rip off, although it’s been abundantly clear for 100 years what the real issue is. This was about holding up white supremacy.

“This is a huge stain on the country, but hopefully an opportunity for us to move forward in a way that we need to.”

Rapinoe once knelt during the national anthem before an international match in solidarity with Colin Kaepernick’s campaign against police brutality and took the field during last year’s SheBelieves Cup wearing her shirt inside out to hide the U.S. crest, a protest of assertions made by the U.S. Soccer Federation in response to the players’ gender discrimination lawsuit.

She said she and her teammates plan to wear the crest proudly, right side out, in next week’s two friendlies with Colombia in Orlando. But she took exception to a widely circulated photo of a women wearing a USWNT sweatshirt under a red Trump facemask as the women returned from participating in the Capitol riots.