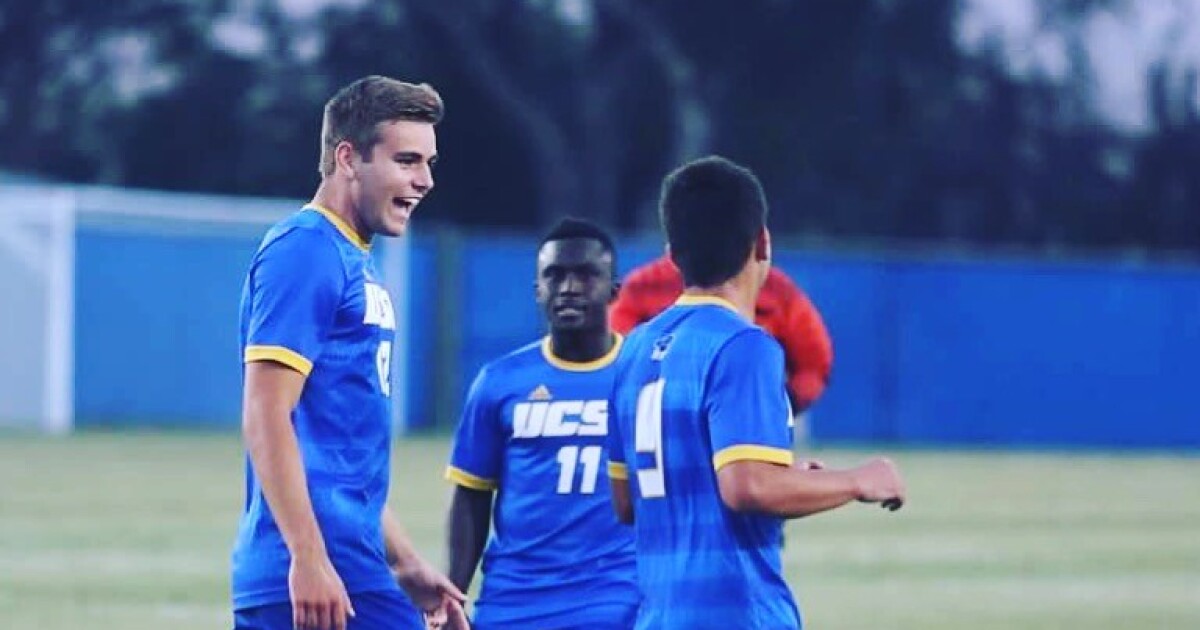 Carson Vom Steeg once played soccer for an age-group national team and appeared headed for a professional career when a torn knee ligament robbed him of his junior season at UC Santa Barbara.

This school year was supposed to be his comeback campaign, the one when he proved to coaches and scouts he hadn’t lost a step. That, too, was taken away last month when the Big West Conference canceled the 2020-21 season for five sports, including men’s soccer, because of the COVID-19 pandemic.

“It’s hard to make up for this year,” said Vom Steeg, who hasn’t played in a competitive game in 26 months. “I’m 21 and I want to get a start on my career. Every single year when you don’t challenge yourself, you’re not pushing to get better, it’s one more year that you’re falling behind.”

Vom Steeg isn’t alone. Big West athletes in women’s soccer, men’s and women’s cross-country and women’s volleyball also saw their seasons wiped out by the coronavirus while 13 other sports including basketball, the conference’s main revenue-producer, are scheduled to play on.

Conference commissioner Dan Butterly understands the frustration. He interviewed for the job over Zoom and was the only one in the office on the day he took over as commissioner last summer. Before the end of his first month, the Big West had announced it was suspending fall sports until 2021 — then in December those seasons were canceled.

“It’s disheartening to many of us. We’re all empathetic,” said Butterly, who said he still hasn’t seen a Big West game in person because of the pandemic. “It’s all the things we’re dealing with as a nation. And I think the return to normal is dependent upon everybody getting vaccinated.”

The coronavirus wiped out spring sports for colleges nationwide last year. Although Butterly hopes to have full seasons this spring, he says that is being evaluated on a weekly basis.

“Basketball is right now serving as the pilot for all sports in the Big West,” he said. “Can we successfully manage men’s and women’s basketball?”

That means not just managing regular testing but the socially distanced use of fields, gymnasiums, locker rooms and training facilities without triggering an outbreak. Trying to add the fall sports to that already complicated equation, he said, would only add to the challenge.

Tim Vom Steeg, UC Santa Barbara’s soccer coach and the father of Carson, says he understands the difficulty. He also worries about the damage skipping an entire year could do to his sport and the athletes who play it.

“What we’re trying to do is keep our sport somewhat relevant,” the coach said. “There’s certain sports that you might be able to miss a substantial amount of time. But it’s not this sport.

“You’re going to see this big exodus of players who will step away. Who knows if they will come back to college programs?”

As long as the team stayed together, Tim Vom Steeg said, his 35 players and coaches were tested and remained focused on a goal. Not one, he said, tested positive for the virus last fall.

Soccer gave players a reason to stay in school and study, but when the Big West told teams they wouldn’t play again until August, those carrots were taken away. Even though eligibility and scholarships were extended, Vom Steeg said seven players, including two underclassmen, quit the team.

“It’s one thing to have their son be in a university program, playing soccer. The family is supportive of that. But if you’re not going to play soccer — and I mean games — then you probably should come home and work,” the coach said players have been told.

Although soccer isn’t a money-making sport like basketball, it is a prestigious one for the Big West. Of the four NCAA team titles won by conference schools this century, one was in soccer, by UC Santa Barbara in 2006. The Gauchos made it to the national quarterfinals in November 2019 but they haven’t played a game since then and likely won’t play another until August, leaving about 20 months between meaningful matches.

The break for the other seven conference schools that compete in men’s soccer will be even longer. As a result, the exodus the coach predicted has already started.

“Honestly it took a big hit. It put us all back in what we wanted to do in our careers,” Aguirre, 21, said of the decision to cancel the season.

“I see every other college conference playing. How are they able to play but not the Big West?”

Indeed the Pac-12, Mountain West and West Coast Conference, which all have California members, are expected to play this spring. Other conferences, meanwhile, have canceled or postponed indoor track and field as well as swimming and diving, sports in which the Big West does not compete.

Finding that balance is tough and can change as quickly as the virus can spread, said Butterly, who understands that doesn’t make those decisions any easier to accept.

“Sports are important to our student athletes. It’s important to our coaches and society in general,” said the commissioner, a self-described soccer fan. “But there’s so much other stuff that’s going on.

“Life is changing. College athletics is going to go through a significant reset here in the way we do things moving forward. And we’ve just got to get through [to] where we can get back to our student athletes competing. That’s the biggest thing.”