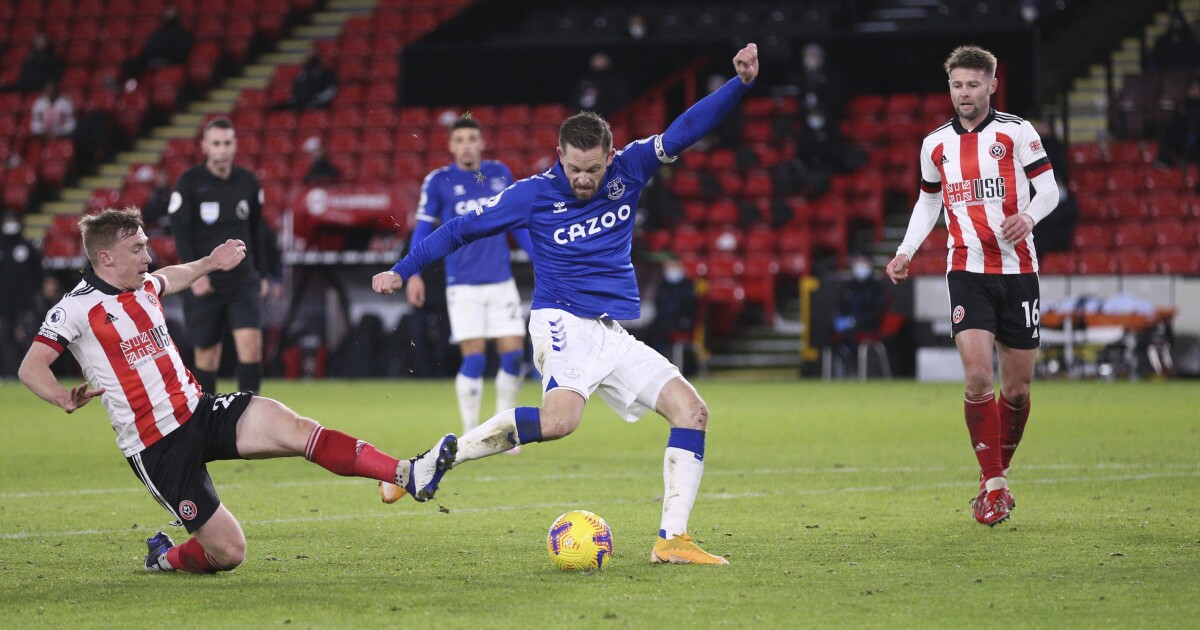 The Premier League will play this weekend, but given the rapid spread of COVID-19 in Britain, a mid-January pause appears likely. Meanwhile Germany’s Bundesliga, Spain’s La Liga and Italy’s Serie A are all back after short holiday breaks, highlighting the top televised soccer games from Europe.

EPL: Everton (9-4-2), which slipped two places in the standings without playing a game this week, returns to the pitch to meet West Ham (6-5-5) on Friday (NBCSN, 9:30 a.m. PT) at an empty Goodison Park. Everton had allowed 2,000 fans to its last two home matches, but the government has moved Liverpool into tier 3 of the country’s national COVID restrictions, which requires games to be played behind closed doors. Manchester City (7-2-5) is scheduled to travel to London to play Chelsea (7-4-5) on Sunday (NBCSN, Telemundo, 8:30 a.m. PT). City’s previous road match last Monday at Everton was postponed because of a COVID outbreak within the team. “It has to be safe for the two teams. If not, the game won’t go ahead,” Chelsea manager Frank Lampard said. A record 18 players and staff members were positive for the virus during the league’s last testing period, and the Telegraph newspaper is reporting the EPL may pause for two weeks in January in an effort to get the outbreak under control.

La Liga: Real Madrid (10-3-3), unbeaten in its last six league games, can move atop the table with a win over visiting Celta Vigo (6-5-5) on Saturday (BeIN Sports, noon PT). The stay could be a brief one, though, since Atletico Madrid (11-1-2), which entered the weekend in first place, travels to Alaves (4-6-6) on Sunday (BeIN Sports, 7 a.m. PT). Atletico has conceded just five goals this season, lowest of any team in a major European league.