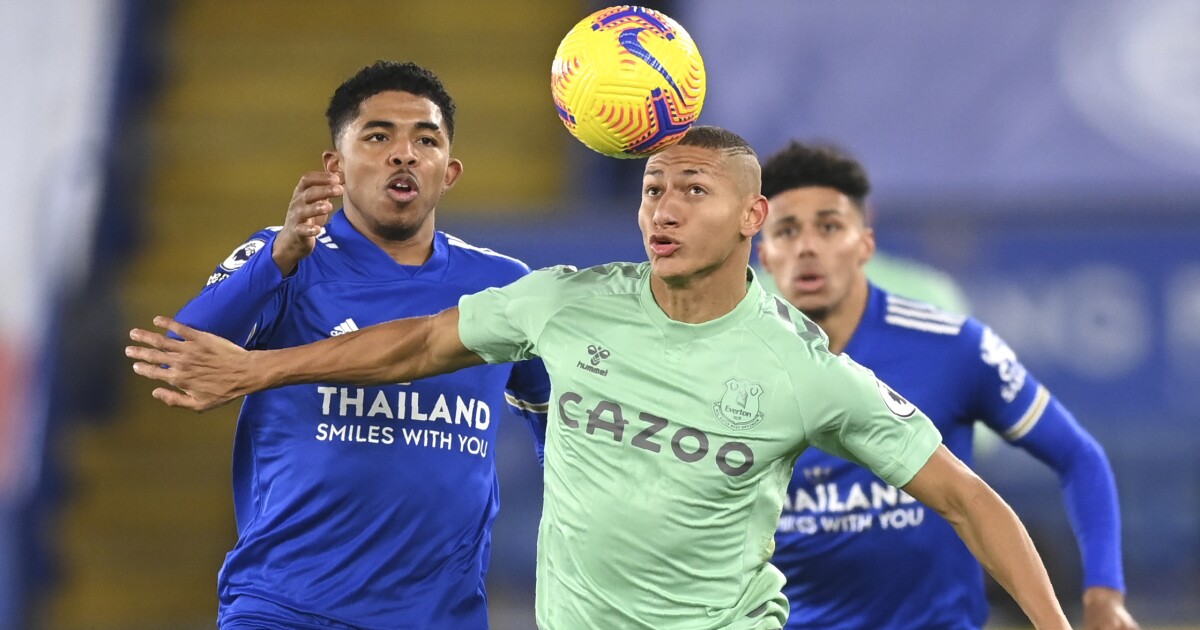 Streaking Everton looks to continue its climb up the Premier League standings against a struggling Arsenal while a three-way tie could be broken in Spain’s top league in the top televised games from Europe this weekend.

EPL: After spending three weeks at the top of the league earlier this fall, Everton hit the skids and fell to the middle of the table. But the Toffees (7-4-2) have rebounded nicely and can move into second place with a win over sliding Arsenal (4-7-2) on Saturday at Goodison Park (Ch. 4, Universo, 9:30 a.m. PST). Behind Dominic Calvert-Lewin, whose 11 goals is tied for the EPL lead, Everton is unbeaten in its last three EPL matches and hasn’t allowed a goal in its last 267 minutes. Arsenal has won just one of its last nine in league play and stands only five points outside the relegation zone.

La Liga: Real Sociedad saw its nine-game league unbeaten streak snapped in its midweek loss to Barcelona, leaving three teams sharing the top of the table in La Liga entering the weekend. Sociedad (7-2-5), which trails Atlético Madrid by one in goal differential, can reclaim sole possession of the top spot Saturday when it travels to Valencia to meet Levante (2-5-5), which needs a win to escape the drop zone (BeIN Sports, 9:30 a.m. PST). Atlético (8-1-2) will host Eiche (3-3-5) in Saturday’s early game (BeIN Sports, 5 a.m. PST) while Real Madrid (8-3-2) travels to Eibar (3-4-6) for the final game of the weekend Sunday (BeIN Sports, noon PST).