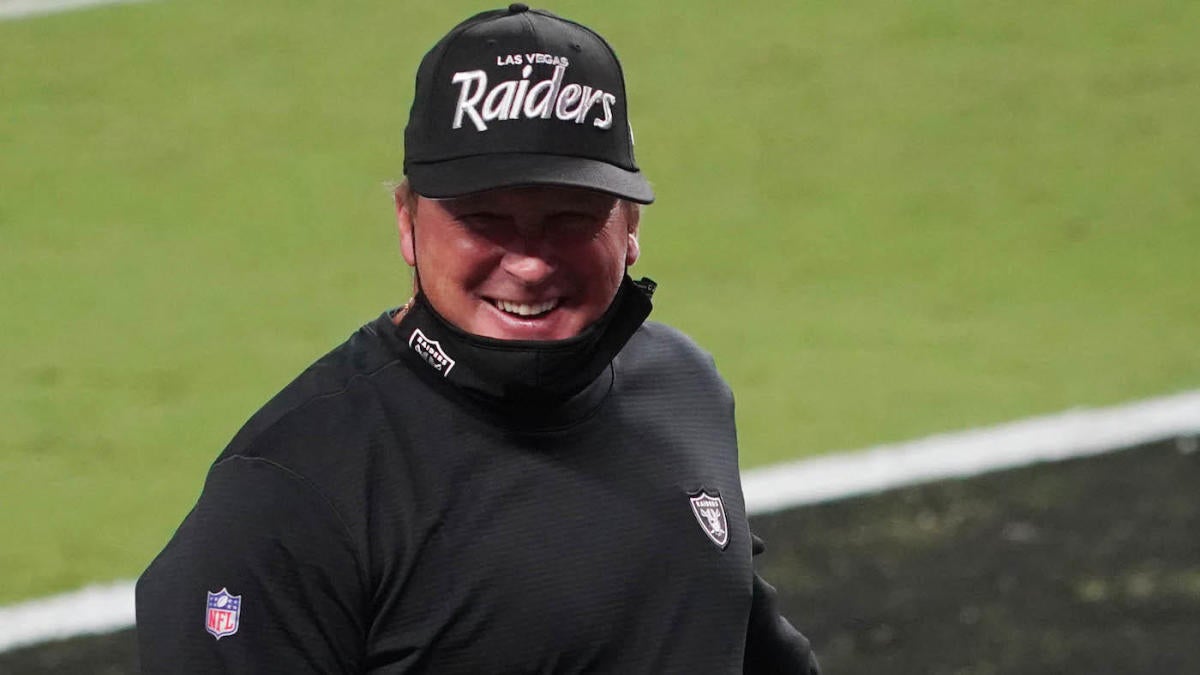 Jon Gruden probably did not forget which city the team he coaches plays in on Thursday, but you’d be forgiven for briefly thinking he did given his choice of headwear. The Raiders coach was sporting a Raiders hat while on the sideline of his team’s game against the Los Angeles Chargers, but it was one that was out of date.

Gruden’s hat was one from the Oakland Raiders, where the team played until the end of last season. It seems like someone pointed out the mistake to him during the game, as he switched to a hat with the same exact font, but with the city reading Las Vegas instead.

This switcheroo was prominent enough to grab the attention of the Fox broadcast, and sideline reporter Erin Andrews was sent to investigate what happened. Early in the fourth quarter she came back with a statement from the Raiders, who said that it was a mistake that came from habit. Per Andrews, Gruden is a big hat guy and the headwear he wore at the start of the game was probably already in the rotation, so he put it on without thinking much of it — to his credit, the difference in size between Raiders and the city is massive.

At the same time, it’s also worth noting that Gruden does have a Las Vegas Raiders hat he has worn on the sidelines this season, so it’s not clear how much water the Raiders’ statement truly holds, but I digress.

There was another explanation that came from Leigh Mayock, the daughter of Raiders general manager Mike Mayock, who posted on Twitter that this was just Gruden’s way of celebrating Throwback Thursday.