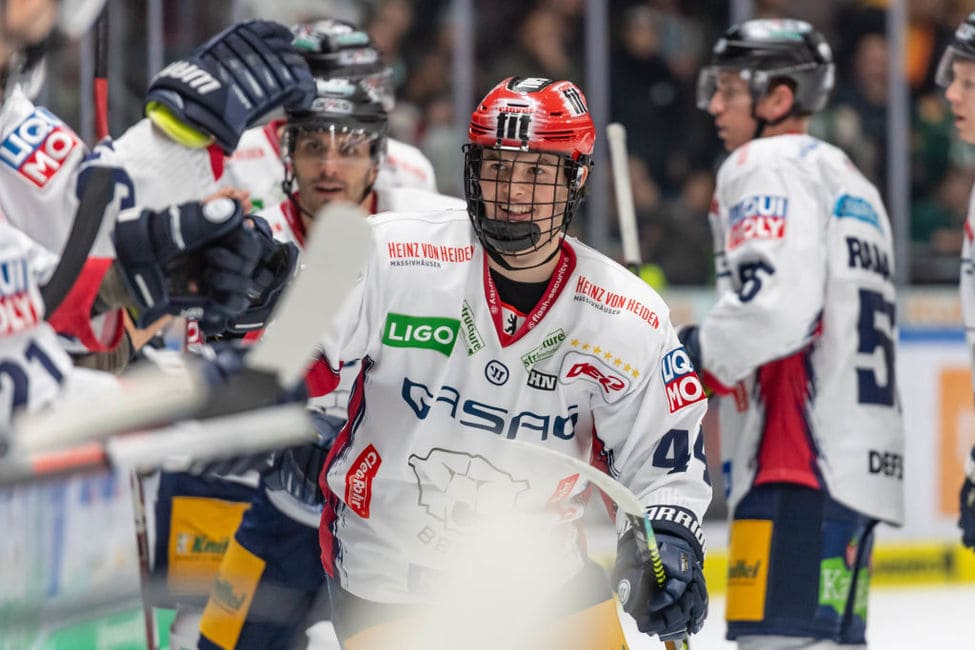 The 2021 World Junior Championship could be in doubt as teams across the globe cannot get a handle on the COVID-19 virus. Germany is having an outbreak on the ice while Sweden’s problem is behind their bench. Plus, one of the top players of the 2021 draft class scored a highlight-reel goal on Tuesday night and a recent pick of the Chicago Blackhawks had a nice evening.

The 2021 IIHF World Junior Championship is set to begin in Edmonton on Dec. 26, but the whole tournament is in doubt two and a half weeks before it’s scheduled start. In addition to multiple teams having recent positive tests, the province of Alberta has enforced some tough restrictions that might force a postponement of the tournament. Indoor rinks and arenas are included in the closures taking effect on Saturday.

Germany is seeing COVID-19 make the rounds within their ranks. Just 24 hours after announcing Lukas Reichel (Blackhawks) and Nino Kinder had tested positive, the disclosed that Elias Lindner is the third player to have contracted the virus.

The Germans are far from the only team dealing with a surge in positive cases. Sweden is having issues behind their bench. They confirmed that three members of the coaching staff have tested positive for COVID-19. Because of this, Sweden has brought in U18 head coach, Anders Eriksen, to join the U20 squad. News has just come across that a fourth member of the coaching staff has tested positive.

The list of players who are unfit to play due to COVID keeps growing.

At this point, for the safety of everyone involved, it might be time to postpone the World Junior Championship until the spring. I know we all want to see the future of our game on display, but is it worth it right now?

The big matchup this week in the college hockey ranks is the No. 5 University of Michigan hosting the fourth-ranked Golden Gophers of the University of Minnesota for a two-game set. Minnesota struck first with a 3-1 win on Tuesday night with goals from Sampo Ranta (Colorado Avalanche), Bryce Brodzinski (Flyers) and Ben Meyers,

Shortly after Meyers gave the Gophers a 3-0 lead early in the third period, Kent Johnson got the Wolverines on the scoreboard with this amazing goal. These two teams will meet again later on this evening.

The goal was so good that was No. 2 on ESPN’s nightly Top 10 plays. This was Johnson’s second goal of his freshman season. He now has 10 points through his first nine NCAA games. He is already ranked as one of the top North American skaters eligible for the 2021 NHL Entry Draft and he is making a case to be one of the top overall picks.

Staying at the top of the college hockey rankings, the No. 3 University of Minnesota Duluth Bulldogs improved to 4-0-0 on the season with a 4-2 win over Miami University last night. Dating back to last season, they have now won nine straight games.

Defenseman Wyatt Kaiser had a big game with a pair of primary assists. His first came shortly after Miami opened the scoring by quickly throwing the puck on the net where Tanner Laderoute deflected it into the cage for his first goal of the season.

Less than a minute later, while on a power play, Kaiser once again got the puck to the front of the net and this time it was Noah Cates (Flyers) who got his stick on it to give UMD a 2-1 lead.

The Bulldogs got late third-period goals from Kobe Roth and Nick Swaney (Wild) to remain undefeated in the NCHC bubble in Omaha, NE. They have a huge game against the University of North Dakota on Thursday night.

The left-handed defender now has three assists in four games for the Bulldogs. The Blackhawks selected the speedy Kaiser in the third round (81st overall) of the 2020 NHL Entry Draft last October. They are hoping to add him to an already impressive prospect pool on defense that includes Nicolas Beaudin, Ian Mitchell and Vlasic.