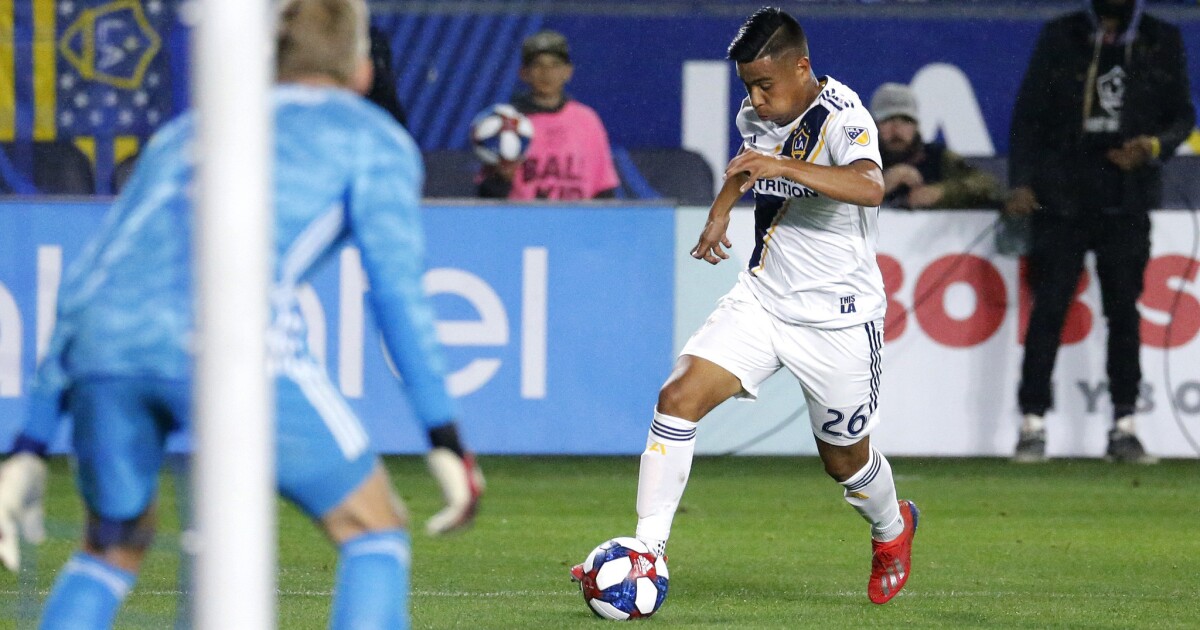 For years, Mexico has not been shy about coming across the border and recruiting dual nationals for its soccer program. Now the U.S. is pushing back with coach Gregg Berhalter calling Galaxy players Efraín Álvarez and Julian Araujo into training camp ahead of a Dec. 9 friendly with El Salvador.

Álvarez, 18, who was born in Los Angeles to Mexican parents, appeared in three games for U.S. youth national teams and in 13 games for Mexico but has not played for the senior team. His call-up Monday was his first. Araujo, 19, born in Lompoc, Calif., to Mexican parents, was in camp with the U.S. last winter but did not appear in a game. He has played for four U.S. youth national teams and also has drawn interest from Gerardo Torrado, sporting director of the Mexican Football Federation.

At least three other players called up Monday — goalkeeper David Ochoa, defender Marco Farfan and midfielder Frankie Amaya — also are eligible to play for Mexico. Berhalter called up a dozen dual nationals in mid-November for a pair of friendlies involving European-based players, among them midfielder Richy Ledezma, 20, who was approached last year about playing for Mexico but declined.

The 22-man roster Berhalter named Monday is made up almost exclusively of players from MLS teams that are not involved in the playoffs. Additional players may be called up following the Western Conference semifinals.

Dual nationals, even those who played for youth national teams, are not tied to a country until they appear in a competitive game at the senior level. However Álvarez played for Mexico in the 2019 U-17 World Cup, meaning he would have to file with FIFA for a one-time switch from Mexico to U.S. to play for the U.S.

That isn’t likely to happen before the friendly with El Salvador, although that won’t prevent Álvarez from training with the U.S. For Berhalter the call-up is more about getting to know Álvarez and reintroducing him to the U.S. program and coaching staff during camp, which will begin Tuesday.

The game with El Salvador with be the fourth and final one this year for the national team and the second on U.S. soil. The Americans, unbeaten at 2-0-1 this year, bested Costa Rica 1-0 on Feb. 1 at Dignity Health Sports Park in Carson.

The roster (club and national team appearances in parentheses):