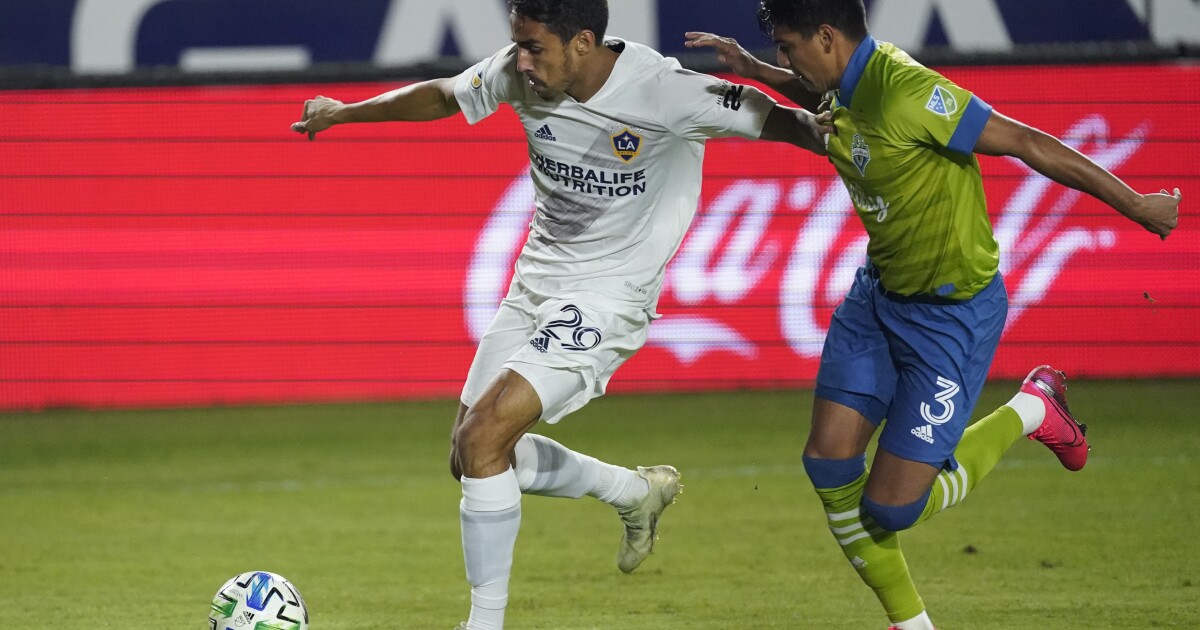 The Galaxy began laying the foundation for what figures to be a busy winter when they signed veteran midfielder Sacha Kljestan to a new deal and began negotiations with three others who had their contract options declined.

Options were refused on midfielder Joe Corona, defender Emiliano Insúa and goalkeeper Jonathan Klinsmann on Monday, the MLS deadline for teams to exercise or refuse contract options. But the team has already begun talks with all three in the hopes of re-signing them.

The Galaxy picked up the options on four players, including forward Ethan Zubak, who scored two goals in 15 games. The others: goalkeeper Justin Vom Steeg, defender Diedie Traore and midfielder Kai Koreniuk.

LAFC (9-8-5) did not announce its roster moves, but the core of the team — forwards Carlos Vela, Diego Rossi and Brian Rodríguez, midfielders Mark-Anthony Kaye, Latif Blessing and Eduard Atuesta and defender Tristan Blackmon — is under contract for at least another season, the club said.

Decisions remain to be made regarding defenders Jordan Harvey, 36, Dejan Jaković, 35, and Mohamed El-Munir, 28, who combined to make 39 appearances last season.

Insúa was one of two players to start all 22 games for the Galaxy during a 6-12-4 season while Corona made 16 appearances. Klinsmann, the son of former U.S. national team coach Jurgen Klinsmann, made four starts.

The Galaxy are also negotiating with goalkeeper David Bingham, defender Rolf Feltscher and midfielder Perry Kitchen, who are all out of contract. Bingham had a career-high 1.94 goals-against average in 18 games last season while Kitchen played in 21 games, four more than Feltscher.

The Galaxy are also hopeful they can acquire forward Cristian Pavón, whose loan with Argentine club Boca Juniors expires on New Year’s Eve. Keeping Pavón, 24, is high on the offseason to-do list after a campaign in which he led the team in virtually every category, including goals (10) and assists (seven). Boca Juniors is reportedly asking $10 million for his rights.

The Galaxy have parted ways with midfielder Emil Cuello and forwards Yony González and Gordon Wild.