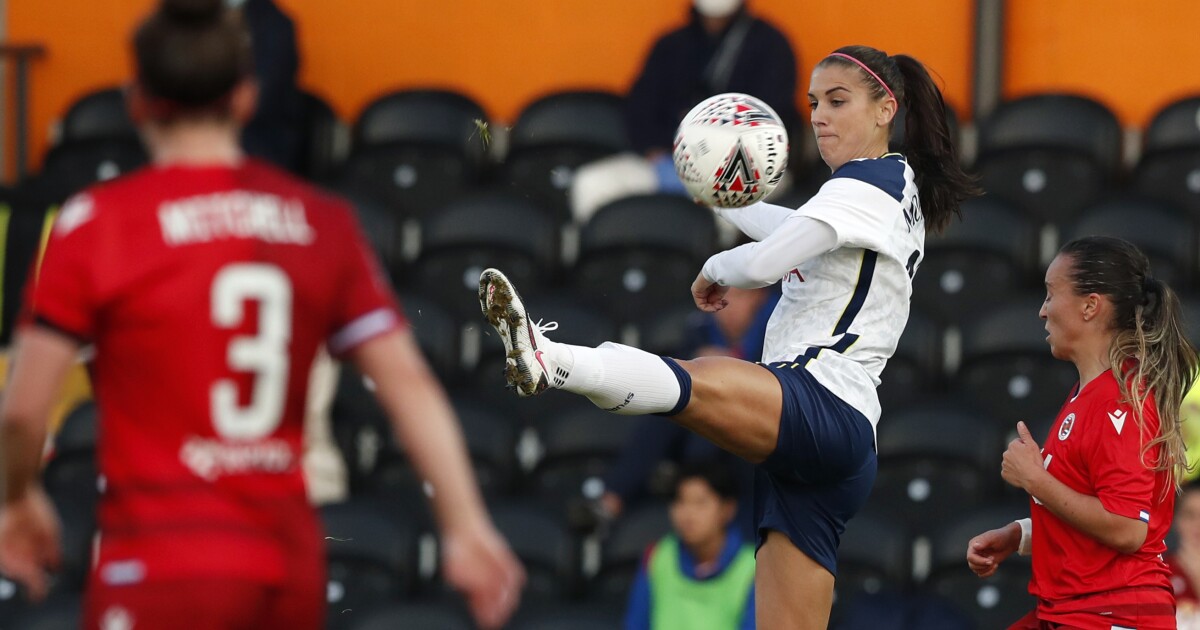 Tottenham needs a win to assure it remains atop the crowded standings in England, streaking Real Sociedad will be protecting a more comfortable lead in La Liga while the U.S. women return from a long break against the Netherlands in Holland, highlighting the top televised soccer action from Europe this weekend.

EPL: Liverpool, long one of England’s iconic clubs, had never won a Premier League title before last season. Now Tottenham (6-2-1) is chasing its first EPL trophy, leading Liverpool (6-1-2) on goal differential after nine games. But it can lose that narrow edge without a win at third-place Chelsea (5-1-3) on Sunday (NBCSN, Telemundo, 8:30 a.m. PT). Spurs, unbeaten in their last eight, are led by Heung-Min Son, whose nine goals are second in the league, and Harry Kane, who leads the EPL with nine assists. The standings are so tight, though, that if Spurs falter, four other teams — including Chelsea, which could get Christian Pulisic back from a hamstring injury this weekend — are poised to join or pass them. Southampton (5-2-2) can also go to the top of the standings with a win over visiting Manchester United (4-3-1) on Sunday (NBCSN, Telemundo, 6 a.m. PT), as can Leicester City (6-3-0), which plays host to struggling Fulham (1-7-1) on Monday (NBCSN, Universo, 9:30 a.m. PT).

La Liga: A six-game winning streak and a league-leading six goals from Mikel Oyarzabal has helped Real Sociedad (7-1-2) build a three-point gap atop the Spanish standings after 10 games. But it faces a stiff test when it welcomes third-place Villarreal (5-1-4) to Reale Seguros Stadium on Sunday (BeIN Sports, noon PT). Sociedad’s 21 goals are best in La Liga while second-place Atletico Madrid (6-0-2), Spain’s only unbeaten team, has allowed the fewest scores, just two, thanks to six clean sheets from Jan Oblak. If Sociedad stumbles Sunday, Atletico could move into the top spot if it beats Valencia (3-4-3) on Saturday (BeIN Sports, 7 a.m. PT).