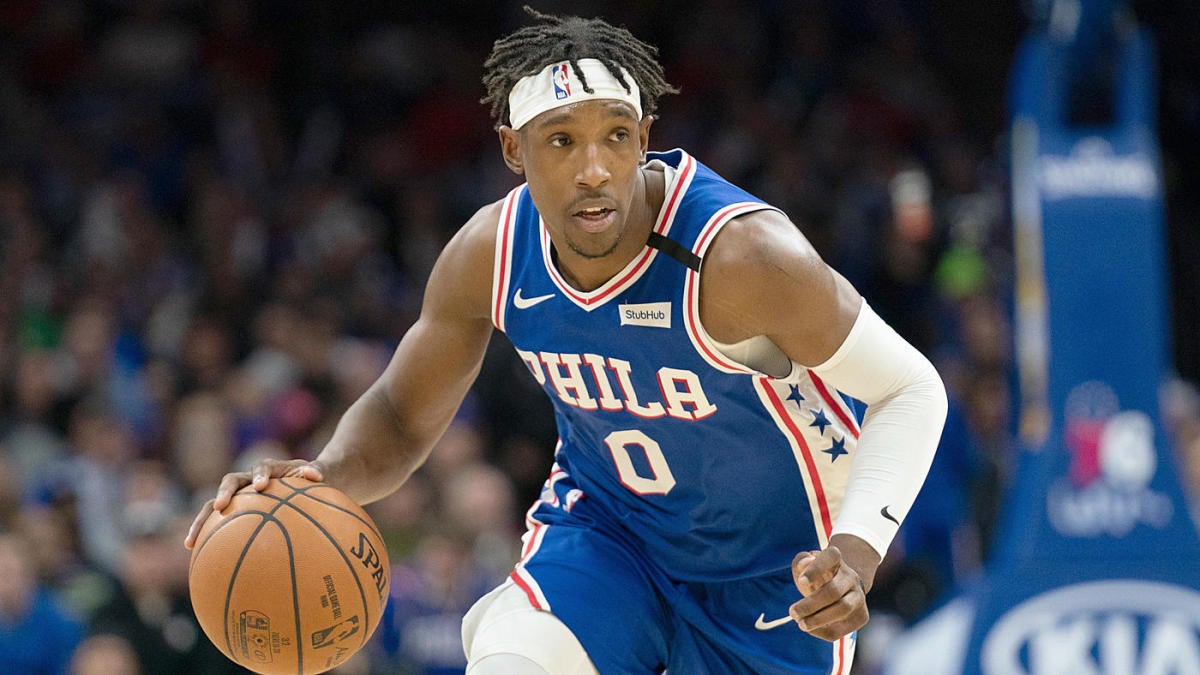 Josh Richardson was traded for Jimmy Butler 55 games ago. It wasn’t even a one-sided deal. Yes, it was a sign-and-trade, and yes, the Philadelphia 76ers faced the threat of losing Butler for nothing, but critics praised the Sixers for extracting a budding 25-year-old pseudo-star from the Miami Heat in exchange for a player they didn’t seem to want. The 76ers didn’t just trade Butler for Richardson. They seemingly won a trade featuring Butler that landed them Richardson.

Fast forward 55 games, and Richardson has been dealt yet again. This time, the return was decidedly more modest. Seth Curry is a very good player. He’s not a great one. He’s never made an All-Star Team. He’s not Jimmy Butler, and if the Mavericks had phoned the Heat and offered Curry for Butler, they would have been laughed off of the line. The gap between the two of them begs an important question: Just what could have happened across those 55 games that took Richardson from Butler’s level down to Curry’s?

The answer, in reality, is not much. He scored fewer points, yes, but that was largely the result of a reduced role. By true shooting an effective field goal percentage, he was essentially just as efficient. A hamstring injury forced him to miss a few games here and there, but never more than six in a row. Most defensive metrics suggest a slight decline, but one largely explainable by those injuries and an inconsistent role on a broken roster.

That, in truth, is what happened. Richardson spent 55 games in basketball purgatory, a victim of Philadelphia’s weekly identity crises. A good but not great shooter, Richardson was expected to serve as a marksman on a 76ers roster otherwise devoid of shooting. Now he’s on the team that just attempted the second-most 3-pointers in basketball. Ideally cast as a secondary shot-creator, Richardson spent the season on a team that famously lacked a primary ball-handler. Now he gets to play with Luka Doncic.

That’s an upgrade for him, and it’s a big one for the Mavericks. Dallas has been searching for a third star to pair with Doncic and Kristaps Porzingis throughout the offseason, but what it found was something more practical: a third option. A box-checker to fill the actual voids on the Dallas roster rather than the more nebulous talent-driven ones.

Dallas had the most efficient offense in NBA history last season, but ranked 18th in defense. So desperate were the Mavericks against the Clippers in the first round that Maxi Kleber, who spent the bulk of his minutes at center last season, had to guard Kawhi Leonard. Richardson ranked fifth among all shooting guards in ESPN’s defensive real plus-minus and 10th among actual rotation players in Basketball Index’s D-PIPM for the 2018-19 season, and while those numbers slipped last season, they both remained above average. He provides a meaningful contrast to fellow Dallas stopper Dorian Finney-Smith. Whereas Finney-Smith does his best work against bigger forwards, Richardson should serve as Dallas’ point-of-attack menace. If a healthy Porzingis can return and continue to clean things up on the back end, Dallas should at the very least have an above-average defense.

Typically, the price for such improvement would come on offense, and Curry is probably a better offensive player than even Miami’s version of Richardson. The gap is pretty minimal in practice, though. While not quite a Curry-caliber shooter, Richardson made 38.6 percent of his catch-and-shoot 3-pointers in his last two seasons with the Heat, an essential skill next to Doncic. That number fell to a pedestrian 34.6 with the 76ers last season for an entirely explainable reason. Only 32.5 percent of his 3-pointers last season were wide open, according to NBA.com. In his final Heat season, it was over 40 percent. Philadelphia’s poor shot-creation rears its ugly head yet again.

Dallas obviously has an elite shot-creator in Doncic. Where they struggled in the postseason was secondary creation. Curry did so efficiently, but at a low enough volume to indicate that his success was somewhat circumstantial. Richardson’s history is the opposite. His efficiency numbers have been relatively pedestrian, but at a very high volume by non-All-Star standards. Even last season, playing 55 games for a coach in Brett Brown that despises pick-and-roll, Richardson ran nearly 100 more of them than Curry. He’s done so largely without proper spacing, and often as a primary focus of opposing defenses. He’s been his team’s leading scorer. Curry hasn’t been, and the fact that Richardson won’t need to be in Dallas should make the rest of his game more accessible. No non-Doncic Maverick averaged four assists last season. Richardson did so in his final Heat season, and would figure to be in line to do so again considering the degree to which Rick Carlisle empowers his ball-handlers. Curry is the better shooter, but Richardson is the more complete overall offensive player.

And while Curry’s shot makes him a cleaner fit alongside that coveted third-star addition, Richardson makes the pursuit slightly more plausible. Curry is cheaper in the present by around $3 million, but Richardson has a player option for the 2021-22 campaign. If all goes as planned, he will use it to enter free agency, giving Dallas extra cap space to throw at Giannis Antetokounmpo or another big fish it wouldn’t have had available with Curry’s $8.1 million on the books. In a pandemic that has lowered cap projections significantly, that could be the difference between having max cap space and falling short.

Of course, in a perfect world, the Mavericks would probably prefer to keep Richardson and seek out a top 2021 free agent. Doing so is more feasible than it appears. While Richardson may command a hefty new contract, his cap hold in 2021 would be only 50 percent greater than his 2020-21 salary. That’s a $16.2 million hold. Not exactly cheap, but hardly bank-breaking either. Without knowing where exactly the cap lands, getting off the money owed to Dwight Powell and Delon Wright should get Dallas within range of the 2021 max if it is needed. One such deal was likely anyway. Richardson can comfortably stand in as the third major piece in Dallas for now, but he won’t stand in the way of a better one possibly arriving later.

It’s a nice encapsulation of Richardson’s place in Dallas. He was valuable enough to be traded for Butler not because he matched Butler’s star power, but because his skillset could so capably supplement and enhance that star power in others. The Mavericks may be looking for a Butler-caliber player to stand alongside Doncic and Porzingis, but in the meantime, they needed a player capable of supporting them on all fronts, a sort of all-around guard equivalent to Chris Bosh or Draymond Green.

Richardson isn’t there yet, but Philadelphia traded Butler for him because his rise in Miami suggested the possibility of such a trajectory. It only took one season of the Sixers’ own mismanagement to give up on that dream, and a Dallas team with superstars far better equipped to achieve it eagerly scooped him up in response. Curry will be missed, but shooting is replaceable. That’s what Tyrell Terry was drafted to bring.

Guards as complete as Richardson simply don’t become available for the price Dallas paid: a largely one-dimensional alternative three years his senior. He may never again reach Butler’s level of value, but given his incredible fit with the Mavericks, his next 55 games are probably going to take him far closer to it than a player who only cost Dallas Curry should ever get. It will take far fewer outings to acknowledge Richardson’s status as one of the steals of the offseason.