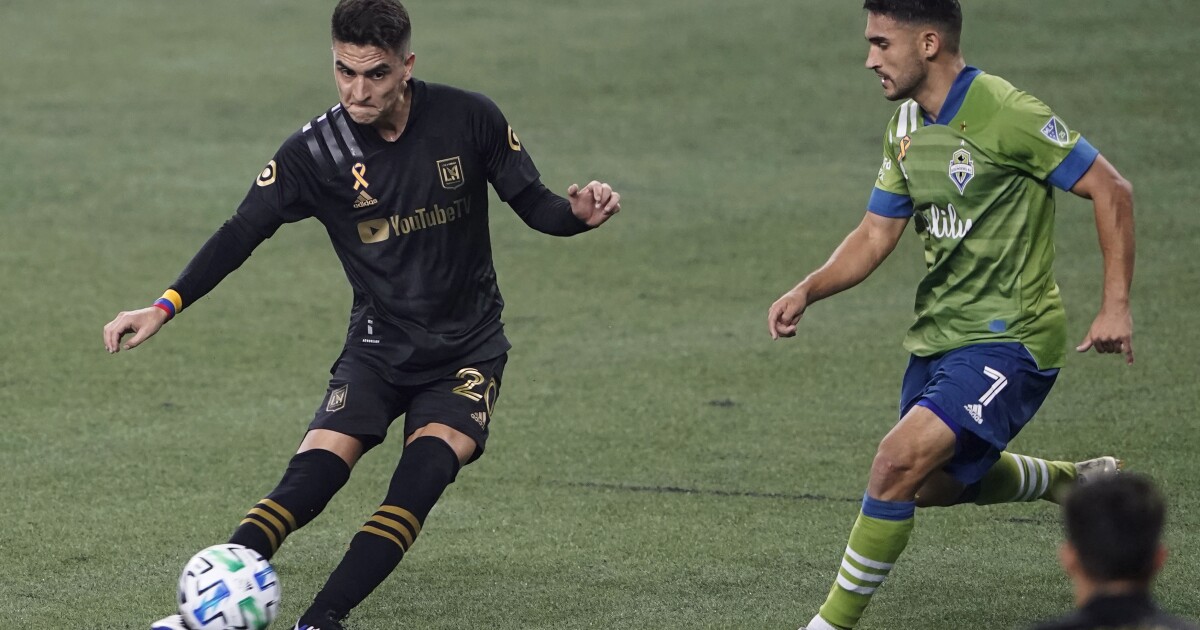 LAFC will visit the Seattle Sounders in the quarterfinals of the MLS playoffs on the artificial turf at CenturyLink Field on Tuesday, Nov. 24, in a rematch of last year’s Western Conference final, which Seattle won in Los Angeles on its way to its second MLS Cup title in four years.

LAFC (9-8-5) finished the regular season Sunday with a 1-1 draw against the Portland Timbers, earning the seventh seed in the eight-team Western Conference playoff field. Seattle (11-5-6) finished second. LAFC hasn’t won in Seattle since the first game of its inaugural season in 2018.

The road hasn’t been kind to LAFC any place this season, with the team winning just one of eight away games. Seattle, meanwhile, has lost just once in 10 tries at home. Making things worse is the fact LAFC will probably be without four starters, including Diego Rossi, the league’s leading scorer, who will be forced to observe a 10-day COVID-19 quarantine after returning from World Cup qualifiers in South America.

Seattle’s Raul Ruidiaz, whose 12 goals left him two behind Rossi in the scoring race, will be playing in World Cup qualifiers for Peru, but he won’t have to quarantine because he contracted COVID last month. In MLS medical parlance, that makes him “a recovered person” because he has coronavirus antibodies.

“We’ve had odd moments that have cost us,” LAFC coach Bob Bradley said. “But I’m hoping that the inconsistencies that drive us crazy still in some ways serve as lessons and that we can take advantage and be a really good team in a few weeks when we play in Seattle.”