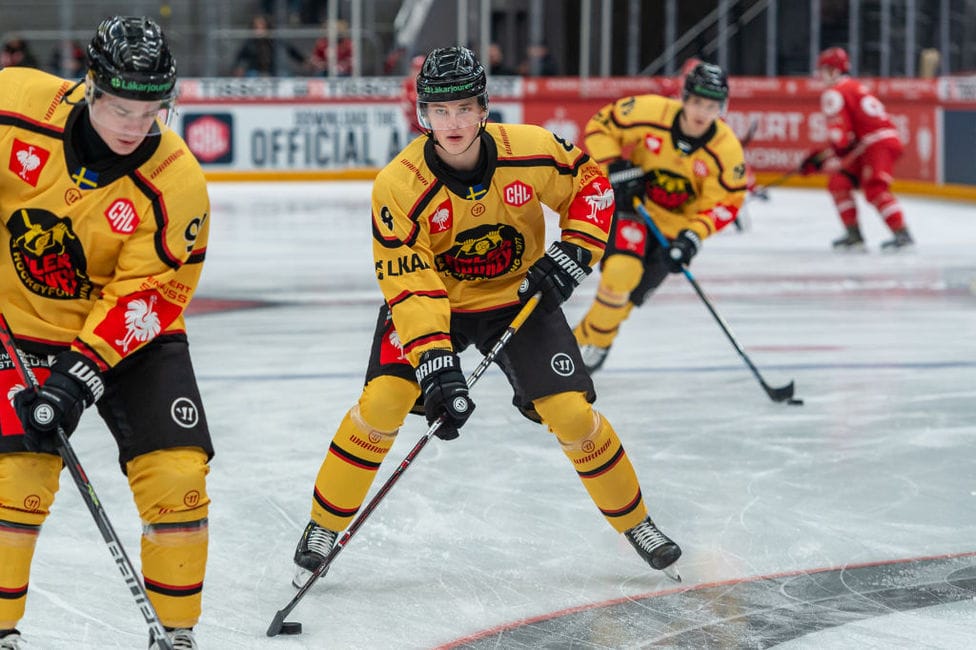 The Chicago Blackhawks loan a new signed Swiss forward back to his home country, a recent Toronto Maple Leafs draft pick is tearing up Russia’s MHL, and a Carolina Hurricanes second-round pick gets his loan request granted in Sweden.

In July, the Blackhawks announced they had agreed to terms on a one-year contract with Swiss forward Pius Suter. An undrafted player, he spent the 2019-20 season in the National league-A (NL) of Switzerland for the ZSC Lions. He had a career year amassing 30 goals and 23 assists for 53 points in 50 games played. He led all NL players in goals and points, surpassing his 2018-19 point totals by 29 points. He earned several accolades during the 2019-20 season, most notably the NL Media Most Valuable Player.

Suter was scheduled to begin the NHL season on the Blackhawks roster, but with the season delayed due to COVID-19 he’s been loaned back to Switzerland to play for the Lions. The Blackhawks have a good history of success in signing players from Europe, and Suter would be hoping to replicate the season that Dominik Kubalik was able to produce during the 2019-20 season. Kubalik was a nominee for the Calder Trophy this season, and another former Blackhawks signee was up for the Hart Trophy in Artemi Panarin.

Suter will be on loan with ZSC until the beginning on the 2020-21 NHL season. At that point he will be eligible to return to the Blackhawks and take part in training camp. He’s currently playing the the Swiss League, the second tier in Switzerland, and has two goals and three assists for five points in six games played with the GC Küsnacht Lions.

It’s been a great week for Maple Leafs prospect Dmitri Ovchinnikov. The Russian prospect registered three goals and three assists for six points over his last two games played. He’s currently playing for Sibirskie Snaipery Novosibirsk in Russia’s junior league the MHL. On Wednesday, he registered two goals and two assists in a 5-4 shootout loss to Tyumensky Legion. On Thursday, he potted another goal and an assist including the overtime winner in a 4-3 victory over Tyumenski.

THW’s Mathieu Sheridan had this to say about Ovchinnikov in his 2020 Draft profile.

Ovchinnikov may not be the biggest or strongest player, but he is still a factor when he steps on the ice. He has great vision and can create chances out of nothing. He makes quick passes in tight and can find teammates in the slot. He is not afraid to drive the net and has good hands in tight. He has a good shot and uses it to his advantage. It is nice to see someone his size unafraid to find the dirty areas of the game. It will make him more valuable to the team that drafts him.

That brings his season totals to eight goals and eight assists for 16 points in 11 games played. He’s currently ranked fifth in the MHL in points per game (1.45) among players who have played at least 10 games. He’s clearly too good for the MHL at this point and his next step is a promotion to the KHL. He’s featured in three games for Sibir Novosibirsk in Russia’s top division, failing to register a point. Drafted 137th overall by the Maple Leafs in the 2020 NHL Entry Draft, he’s already looking like a steal in the fifth round.

Hurricanes prospect Noel Gunler has had his loan request granted by Luleå in the Swedish Hockey League. Earlier this week it was rumored that Gunler was looking for a loan to increase his role and playing time in hopes of making Sweden’s World Junior Championship squad. Through 10 games played this season, he has two goals and one assist and averaged only 7:12 in ice time.

In a press release by the team, Luleå general manager Stefan Nilsson had this to say on the situation.

We would have liked to have seen Noel stay and develop with us in Luleå Hockey. But he has had a desire to have more playing time and a bigger role in the team, which we have not been able to offer him in this situation for competition reasons. He has then requested to be loaned to another association, which we have granted him.

Drafted 41st overall in the 2020 NHL Entry Draft, many felt the Hurricanes walked away with the steal of the draft. Gunler was considered by some a consensus first-round talent, if not potentially a top-10 candidate. It’s not been confirmed which organization he’ll be loaned to, but more playing time and a fresh start should do wonders for the Swedish winger.