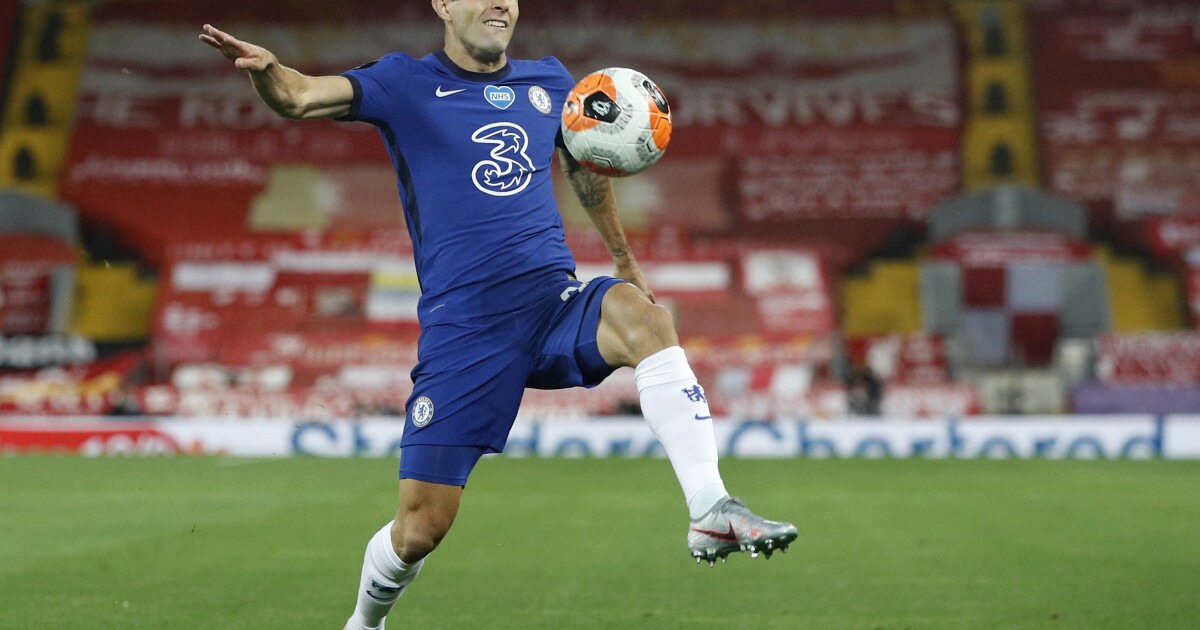 “It’s been a long time. And since then, our world has changed considerably,” Berhalter said in a teleconference call with reporters. “I’m just really looking forward to getting this group together.”

Pulisic, 22, is nursing a hamstring injury so his participation in the two exhibitions is uncertain. Reyna, 17, is one of seven teenagers on the team and one of 10 looking for their first senior national team cap.

“It is a young group with a tremendous amount of talent,” Berhalter said. “This group gives you a lot of optimism when you see some of the young players, how they’re performing at such a young age. It will be great for us to get to work with them.”

The team will begin gathering in Cardiff for training Sunday, four days ahead of the Nov. 12 game with Wales in Swansea. The U.S. will face Panama on Nov. 16 in Wiener Neustadt, Austria. Both matches will be played without fans.

With MLS finishing its regular season Sunday and beginning the playoffs Nov. 20, Berhalter did not call up any domestically based players. The only man on the roster currently playing outside of Europe is midfielder Johnny Cardoso of Brazil’s Internacional.

“We felt that we have enough depth in Europe to field a good roster,” Berhalter said.

Nineteen players are age-eligible for the 2021 Tokyo Olympics, a U-23 tournament. Among them is midfielder Yunus Musah, a dual national who has played for England at the youth level and is also eligible to play for Italy and Ghana.

“He has a connection with the United States,” Berhalter said. “He loves the direction the team is going in, he loves the young talent that he can be alongside. And we see him as having a ton of potential.

“All we can do is hope that in the end he chooses us.”

Musah, who plays in Spain for Valencia, was born to Ghanaian parents in New York City but grew up in Italy and England, where he played in Arsenal’s academy.

The nine-month break between games brought about by the coronavirus pandemic is the longest for a men’s national team since 1986-87, when the U.S. went 16 months between matches. That was also the last time the U.S. played fewer than four times in a calendar year.

Only two players called up Tuesday also played in the national team’s first game this year. Defender Reggie Cannon, who recently left FC Dallas of MLS for Portugal’s Boavista, played 90 minutes in that Feb. 1 game while forward Uly Llanez, a former Galaxy academy player now with Dutch club Heerenveen, made his senior national debut and scored the only goal in a 1-0 win over Costa Rica at Dignity Health Sports Park.