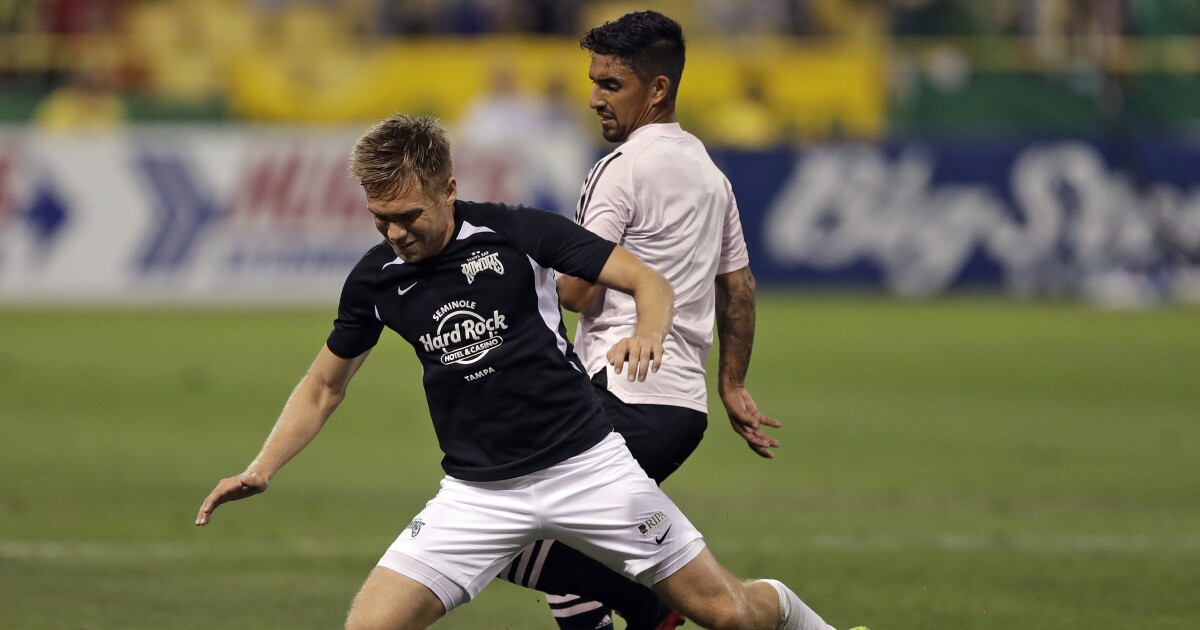 The USL Championship game between the Tampa Bay Rowdies and Phoenix Rising scheduled for Sunday has been canceled after multiple members of the Tampa Bay team tested positive for the coronavirus on Saturday.

The USL Championship is the second tier of men’s professional soccer in the U.S. and Canada, one rung below MLS.

Rowdies head coach Neill Collins and two other members of the team tested positive Friday, leading the league to order a second round of rapid testing Saturday morning at the medical facilities of baseball’s Tampa Bay Rays. Those tests revealed the additional positive results and the affected individuals have been placed in isolation under the care of team physicians.

A league spokesman said that because the isolation and recovery period for those infected could last three to four weeks, it was impossible to reschedule the game. As a result, no champion will be crowned and the season will conclude with Tampa Bay holding the Eastern Conference title and Phoenix the Western Conference crown.

Like most professional sports leagues, the USL Championship, which includes the Orange County Soccer Club and LA Galaxy II, paused its season for four months at the onset of the COVID-19 pandemic. It resumed play in July with a shortened and reconfigured schedule of regional games played mostly without fans.

“We want to applaud these two teams on an incredible season. They deserved the opportunity to play for the USL Championship Final trophy and we are disappointed we won’t be able to watch them on Sunday night,” league president Jake Edwards said in a statement. “We’ve grown closer under difficult circumstances and we can’t wait to be back together next season.”

The USL League One title game between Union Omaha and the Greenville, S.C., Triumph that was scheduled for Friday was also canceled after multiple individuals in Omaha’s traveling party tested positive. Based on points per game this season, the Triumph were named champion of League One, the third tier of pro soccer in the U.S. and Canada.