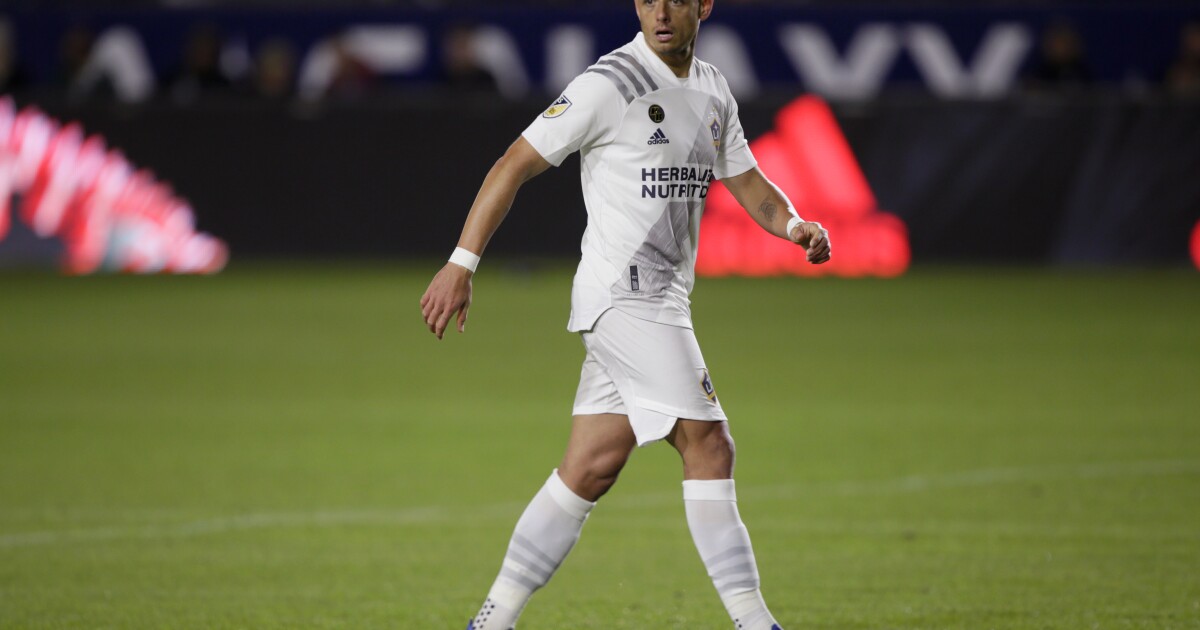 This season has been a like riding a pogo stick for the Galaxy: lots of ups and downs but little forward progress. That didn’t change Wednesday, when they continued to bounce in place in a 4-0 loss to the San Jose Earthquakes.

The place the Galaxy are bouncing in, by the way, is last in the Western Conference, and that hole got a bit deeper following the team’s sixth consecutive loss, marking their longest slide since 2007. The Galaxy, winless in their last seven, are now four points adrift from the rest of the conference and six points and four places shy of the eighth and final playoff berth.

San Jose got two goals from Nick Lima, one in each half, and single scores from Andy Ríos and Tommy Thompson, spoiling an otherwise solid debut in goal by Jonathan Klinsmann, who faced 19 shots and saved seven of them.

“I thought he did well, He stepped up,” captain Daniel Steres said of Klinsmann. “I don’t think any of those goals you can put on him.”

When the bright spot of the game is your goalkeeper conceding four goals, that’s a sign things probably aren’t going your way. But then Klinsmann, 23, who wasn’t even with the team two months ago, didn’t get much help from his midfield or his offense, with the Galaxy going without a shot until the 58th minute and putting three tries on target all night.

“I can’t really say after tonight anything looked promising,” Steres added. “It wasn’t good from the start. They were just passing right through us. They were just breaking us apart. It was probably just our doing.”

The result was the fourth scoreless game in seven outings for a team that has led for just 38 minutes in the last 36 days.

But then it’s been an odd season all around for Galaxy, one that started with a five-game winless streak sandwiched around a four-month pause brought on by COVID-19. That was followed by a four-game winning streak, then a seven-game winless streak.

“We have to figure something out,” Galaxy coach Guillermo Barros Schelotto said. “The only way to come back from this moment is to fight. To work. We don’t have time to get down. We need to be strong.”

“Today,” he added “the word was frustration.”

It was also another quiet night in goal for San Jose’s JT Marcinkowski, whose Quakes have won four of five since he replaced Daniel Vega as the first-choice keeper.

The Galaxy (4-9-3) were undoubtedly hoping for the same kind of boost from Klinsmann. But unfortunately he can’t score like his father Jurgen, a World Cup champion with Germany and the former coach of the U.S. national team.

The younger Klinsmann signed a multi-year free-agent contract with the Galaxy in August after leaving Swiss side FC St. Gallen. The team promised him a chance to win the starting job and he got that opportunity after David Bingham conceded six scores to Portland in his last start, ballooning his goals-against average to 2.0, second-highest among regular MLS keepers, ahead of only Vega.

With his father watching from home in Newport Beach, Klinsmann’s first touch came in the third minute, when he pounced on a loose ball at the post. His first save came nine minutes later when he batted down a Thompson shot from the edge of the penalty area.

But his luck ran out a minute before the intermission when Lima scored on San Jose’s seventh shot of the half, a right-footed drive from just inside the penalty area. The sequence started with Carlos Fierro sending a high cross across the front of the goal and over a leaping Perry Kitchen to Ríos, who settled the ball with his knee before pushing it back for Lima.

With Steres watching, Lima had plenty of space to run onto the ball and drill his shot past a diving Klinsmann.

Ríos doubled the lead for San Jose (6-7-5) early in the second half, outrunning Galaxy defender Nick DePuy to a bending, one-hop pass from Fierro and redirecting it in. Thompson and Lima added insurance goals long after the game had been decided.

If Klinsmann was mostly sharp, Javier “Chicharito” Hernández was once again as dull as a butter knife up front. Returning to the lineup after missing a game following the birth of his second child, Hernández was subbed out in the 54th minute.

“That was my decision,” Schelotto said of removing Hernández, who the coach said wasn’t injured.

The Galaxy didn’t take a shot while he was on the field and he had only 19 touches, fewest among starters. His only MLS goal came three months ago and the Galaxy are winless in the nine games in which he has played.