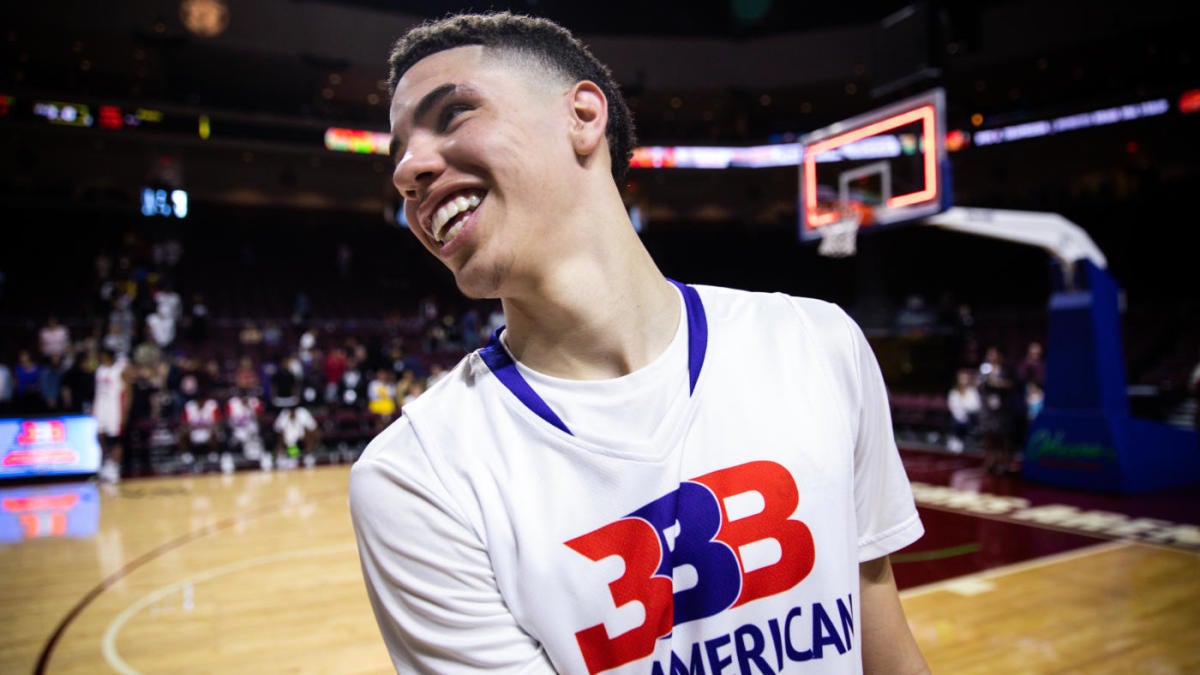 By now you’ve seen and heard all the hullabaloo that’s long followed LaMelo Ball and his rise in the basketball world. The wildly deep 3-point launches dating back to his high school days at Chino Hills. The boisterous father pumping him up at every turn, predicting long ago he’d be a future No. 1 draft pick. The extra-flashy passing that paved the way for him to finish second in the NBL last season — as an 18-year-old! — in assists per game.

But is he worth all the hype?

NBA teams are weighing that decision now ahead of next month’s draft, and while it’s not the only question that comes with the now-19-year-old sensation, it’s one of many they’ll consider. Ball is widely viewed as a top-five prospect in the class, and No. 1 on the boards of some teams. He has star potential written all over him because of his passing, his vision, his feel. He’s been built up as a potential superstar. And that’s because, if things break his way, he has a chance to be the player from this class. The hype matches the talent.

So here are three reasons why I’m buying the talent and ignoring the noise, why he’s (still) No. 1 on the CBS Sports Big Board, and why I’m buying him long-term as the prospect in this year’s draft class I’d take if I held the No. 1 pick. (Looking at you, Timberwolves.)

Being able to pass the ball at a high level helps separate the second-tier lead guards from the first tier. I would put point guard passing skills into three different categories.

Ball clearly fits in category No. 3. He routinely makes advanced reads look simple by reading the play before it develops. He anticipates the action before the action, and has a counter move ready to fire when the defense reacts. Take this double behind-the-back move here: he slips below the high screen, dodges the defender who comes off his man in the paint, and delivers a dime to a wide-open teammate for a layup.

To that end, here’s another behind-the-back beaut in a similar setup. His defender dies trying to go over the screen, and his teammate’s defender gets caught in between; the result is a perfectly-threaded needle between the two for another easy look at the rim.

He reads and reacts with superb anticipation and feel and knows how to use pace, space and speed to get to his spots as well as any guard in this draft. He feels when he draws an extra man and has a sixth sense of when to dump it off and when to attack. This is the job of a point guard, of course, but it’s instinctive for him. And at just 19 years old, some of the gaffes he makes will inevitably be cut down, and the highlights will come more regularly.

Being able to deliver dimes behind the back isn’t Ball’s only trick — he regularly uses that avenue as a means of evading defenders, too. For instance, he can wrap it around his back in traffic to avoid losing the ball, shown in the clip below. What looks like a potentially damning turnover ends in a beautiful pass and kickout 3-pointer.

Or here, in this clip, he jab-steps a defender one way, only to set him up for a behind-the-back move that leads to a rim attack and easy bucket.

It’s not just the trickery of the behind-the-back dribble that makes Ball’s handle so appealing. He can get low and skinny in traffic while keeping his handle tight, but most importantly, he’s able to create separation with the ball in his hands thanks to a combination of his herky-jerky moves and an in-and-out dribble that defenders consistently have trouble responding to. The way he’s able to carve out space and set himself and his teammates up for open looks is what NBA teams should find as one of his most projectable strengths.

As cliche and simple as it is, having a decided height advantage at the position portends well for his future success. He can see over the top of most defenders because of that edge, and when you factor in his court vision and feel, it’s a not-insignificant factor to consider when projecting his long-term appeal.

Undeniably, Ball needs to add muscle; he’s just under 200 pounds and his limitations physically hindered him in the NBL and will hinder him early on in the NBA. But the frame is in place for him to grow and mature into a physically-advantaged lead guard whose feel for the game, handles and pure skill will one day mesh with his physical profile to make him one of the most complete players from this draft class.