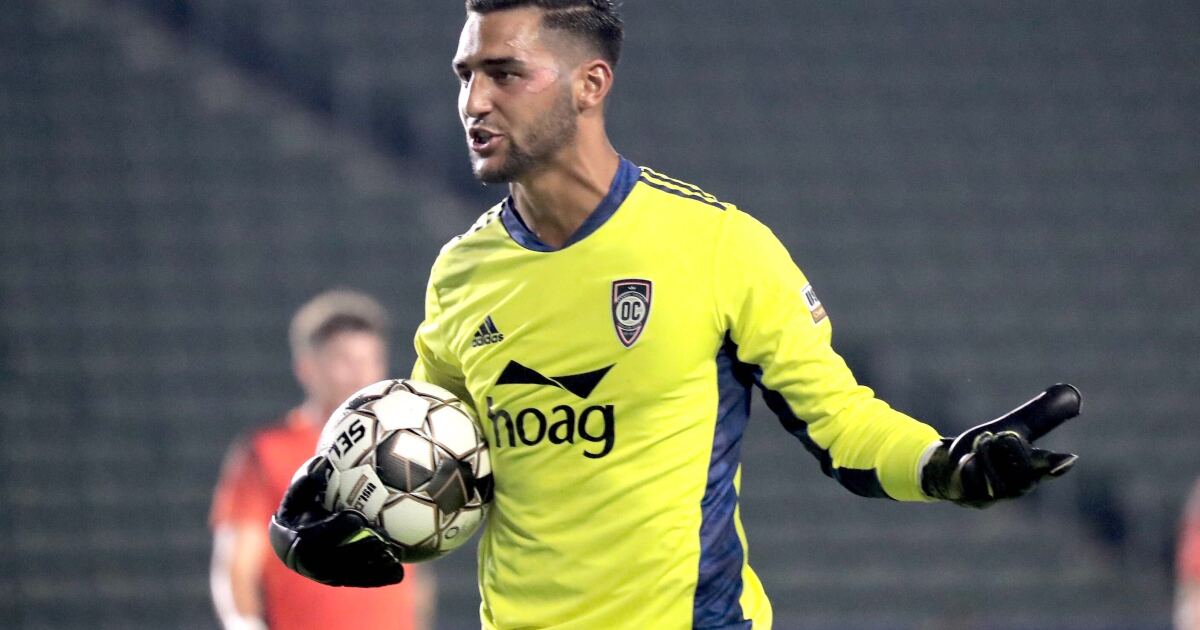 Teenage goalkeeper Aaron Cervantes of Chino Hills is on his way to Rangers of the Scottish Premier League on a transfer from Orange County Soccer Club of the second-tier USL Championship.

A former Galaxy academy player, Cervantes signed with OCSC at 15. He made 18 appearances for the club, posting four shutouts. Now 18 and a U.S. youth international, Cervantes started five times for Orange County in 2020, stopping 15 of 21 shots, with one shutout.

The permanent transfer is the first between Orange County and Rangers, who last year signed a strategic partnership regarding youth development and commercial activities.

“Ultimately, why I signed with Orange County was to move to Europe,” Cervantes said Wednesday. “It was in the conversations from Day 1. Obviously, I haven’t done anything. I haven’t won anything. The work is just barely getting started.”

Cervantes, whose father will travel with him to Scotland to help get him settled, said he isn’t worried about making the move in the middle of a global pandemic.

In Glasgow he’ll be reunited with Steven Gerrard, the Rangers’ coach who occasionally worked with the Galaxy academy players during his 1½ years with the MLS club.

Oliver Wyss, OCSC’s general manager and president of soccer operations, called the transfer “a landmark moment” for the club.

“Aaron was the first local, young Orange County player that we signed to a professional contract and he laid the foundation for our pathway and [for] future young talents at OCSC,” he said.