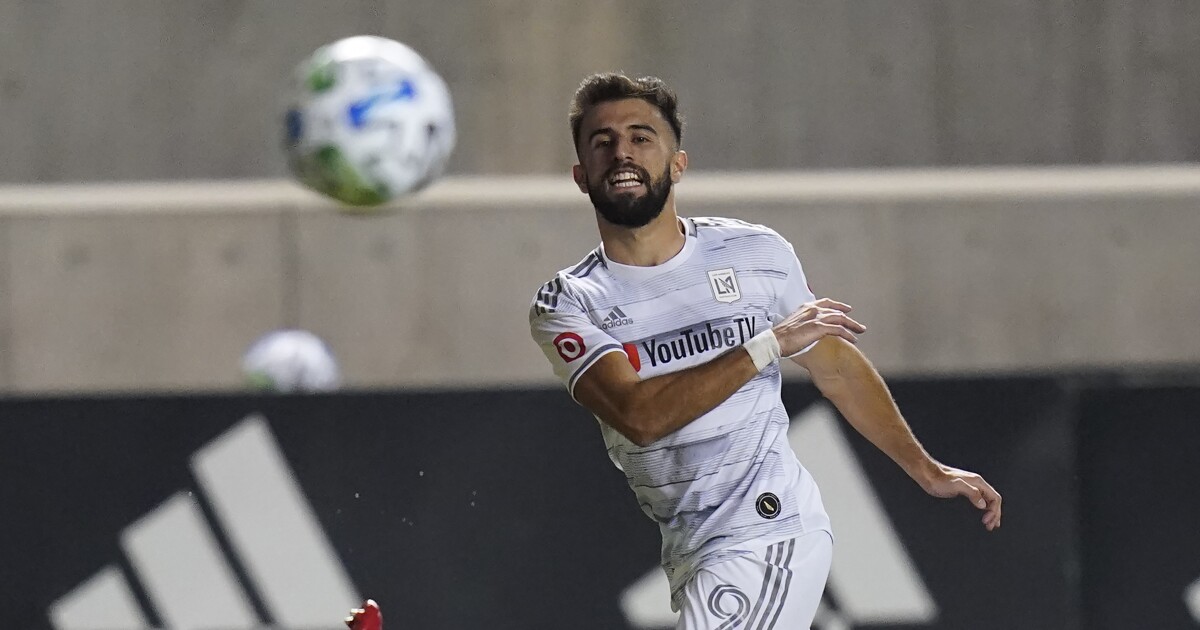 The next 2½ weeks will go a long way toward determining whether LAFC or the Galaxy qualify for the expanded MLS playoffs. Yet it’s a four-game stretch in which both teams will be short-handed after six starters left to play for their national teams.

Starting with Wednesday night’s game at Colorado, LAFC will be without forwards Diego Rossi, the league’s leading scorer, and Brian Rodríguez, tied for third in MLS in assists, who have joined Uruguay for a pair of World Cup qualifiers. Also gone are defender Diego Palacios and midfielder José Cifuentes, who are with Ecuador for its two October qualifiers.

The Galaxy, who face Portland at Dignity Health Sports Park on Wednesday night, are missing right back Rolf Feltscher, who has joined the Venezuelan national team, and midfielder Jonathan dos Santos, who is with Mexico for a pair of friendlies in the Netherlands.

The international matches will be played between Wednesday and Oct. 13, costing the players three MLS games. When they return, the league will require they observe a 10-day COVID-19 quarantine, which could force them to miss an additional match or two.

Although FIFA requires clubs to release players for international duty, those rules were relaxed this month because of COVID-19, allowing teams to challenge call-ups in cases where the players would have to quarantine. So while 36 MLS players were summoned during this month’s FIFA fixture window, four teams — Montreal, New York City FC, Philadelphia and D.C. United — declined to release their players.

“As a club, we’ve always tried to work closely with our players. To help them get better. To challenge them. To push them forward in their careers,” said Bradley, whose team is coming off its first true road victory of the season, a 3-1 win at Real Salt Lake on Sunday night . “Part of that involves earning their way into their national team. If that’s your philosophy from the start, if that’s the way that we’ve always done things, then you can’t change that.

“Players appreciate the way we work. I think it’s one of the reasons that guys feel good about coming here and playing here.”

Besides, Bradley said, the problem isn’t so much with FIFA or even COVID-19 but rather with MLS, one of the few first-division leagues that insists on playing through the scheduled international breaks.

“My first thought is that I don’t know why the league’s playing during this international break,” he said. “We can all sit around and argue whether, in this particular international break, games needed to be played. But in some parts of the world, they’re playing qualifiers. And it doesn’t work well in a league where we’re scheduling games while all sorts of players are away.”

The absences are sure to be felt, however. The departures of Rodríguez, Cifuentes and Rossi, an MVP candidate who was added to Uruguay’s roster Monday as an injury replacement, rob LAFC of 40% of the team’s assists and more than 45% of its goals and leave Bradley with just one true forward with more than 18 games of MLS experience. Without Palacios, LAFC’s injury riddled defense, third worst in the league, is even more thin.

But the coach said he won’t change the way his team plays to compensate.

“We have certain football ideas, and we’ve worked [on] how we built those ideas,” Bradley said of LAFC (6-6-3), which is in fifth place in the Western Conference, three points ahead of eighth-place Real Salt Lake. “I don’t think you can really become a top team if you’re constantly changing what those ideas are about. So even when we’re down some players, the overall way we want to try to play stays the same.

“So what you’ll see is us doing our best to go on the field and know that certain guys are getting opportunities. We’re excited to see how some of the players who get their chance will do.”

Galaxy coach Guillermo Barros Schelotto said his team, last in the 12-team Western Conference at 4-7-3 and mired in its second five-game winless streak of the season, will look to replace Dos Santos and Feltscher with a pair of teenagers in Efraín Álvarez and Julian Araujo.

Araujo, who has played much of the season on the wing, will move to right back, his natural position, while Álvarez likely will split time in the midfield with Yony González, who made his MLS debut in Saturday night’s loss at San Jose.

“I think they’re ready to play,” Schelotto said. “They are very young, but they have a lot of quality to make some difference.”