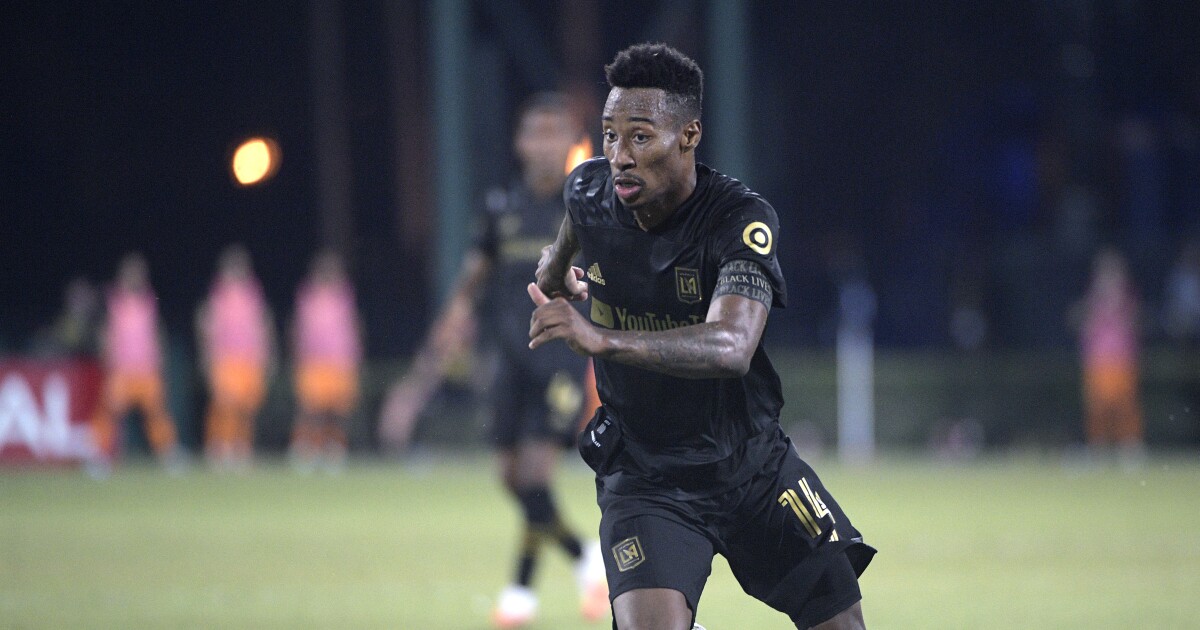 “Forward!” the LAFC coach shouted from the sidelines of an empty Banc of California Stadium. “Forward! Forward!”

In Sunday’s 2-1 loss to the last-place San Jose Earthquakes, however, his club took another backward step.

After dominating for most of the night, attacking the Earthquakes’ defense with waves of pressure and creating most of the game’s best chances, LAFC squandered its latest opportunity for their first back-to-back wins by conceding twice in the final 10 minutes.

The winner came deep into stoppage time, a close-range finish from Earthquakes midfielder Jackson Yueill that sent LAFC to its sixth loss in nine games since the resumption of the MLS’ regular season.

“It’s a bad loss,” Bradley said in his postgame video call, adding, “It’s a day where I don’t think we had enough guys play well. The ability to finish a game even when it’s not your best day, we let ourselves down.”

For the first 80 minutes, LAFC heeded their coach’s attack-minded directions.

The Earthquakes registered the first chance of Sunday’s contest when Chris Wondolowski’s sixth-minute header sailed wide of the goal. After that, the ball barely left San Jose’s half.

Finally, moments before halftime, a breakthrough arrived. Forward Bradley Wright-Phillips smartly tracked down a deflected cross near the top of the box and flicked a first-touch pass to fast-charging Kaye, teeing up the midfielder’s cool left-footed finish into the bottom corner. The beginning of the second half was more of the same. In the 69th minute, Brian Rodriguez appeared to double the LAFC lead with a counter-attacking goal off an Atuesta pass, but had the goal negated after being ruled offside.

Then, the Earthquakes started to turn the tide. LAFC goalkeeper Pablo Sisniega was called into action twice in two minutes, stopping two shots from the box after the Earthquakes broke down LAFC’s back line.

Substitute Shea Salinas scored the equalizer in the 80th minute, charging down the left wing before cutting into the box to send a right-footed blast into the far side of the net. LAFC’s early energy never returned after that. Instead, an Earthquakes team that entered the game four points adrift at the bottom of the standings and last won a game at the MLS Is Back Tournament hunted for a second.

It almost came in the 88th minute, when Sisniega was forced into a diving save to deflect a shot wide.

Yueill, however, didn’t miss when a cross came his way moments before the final whistle.

After Cade Cowell escaped two LAFC defenders in the corner and Cristian Espinoza delivered a low ball through traffic, the crashing Yueill provided a perfect redirection that skipped helplessly into the net.