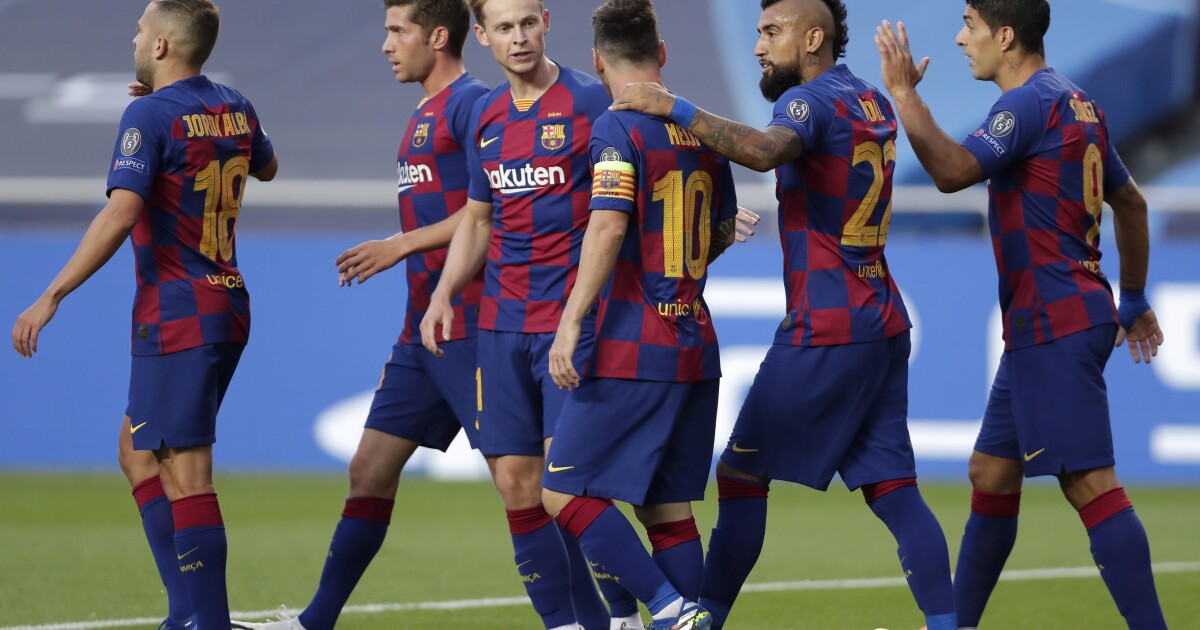 Barcelona, coming off its worst season since 2008, kicks off a new era in Spain on Sunday as some surprising starts in England have given the Premier League table a different look and set up some interesting televised soccer matchups from Europe this weekend:

La Liga: After a Messi summer soap opera that saw the team captain say he was done with the club, only to return rather than taking his demands to court, a new-look Barcelona club will open league play Sunday against Villarreal (BeIN Sports, noon PT). Villarreal (1-0-1) is already two games into its La Liga schedule; Barcelona was given a late opener because it played into August to finish the 2019-20 Champions League. The Blaugranes did not win a trophy last season so it will start this one with a new coach in Ronald Koeman and without forward Luis Suarez, who left Thursday for Atletico Madrid. His departure could take some getting used to for Messi, who led the league in goals and broke the La Liga assist record. He and Suarez created 74 of the 110 goals Barcelona scored last season. During Suarez’s time in Barcelona, which began in 2014, he scored 198 times for the club, 82 fewer than Messi.

EPL: Sure it’s early but who expected to see Everton atop the standings , unbeaten in all competition and second in the Premier League in goals after two weeks? Everton will get a chance to prove that’s not a fluke Saturday when it meets Crystal Palace at Selhurst Park (NBCSN, Universo, 7 a.m. PT). Dominic Calvert-Lewin has scored four of Everton’s six goals to share the league lead with Tottenham’s Heung-Min Son. Two more unbeatens — Manchester City and Leicester — meet Sunday (NBCSN, Telemundo, 8:30 a.m. PT) at Etihad Stadium.