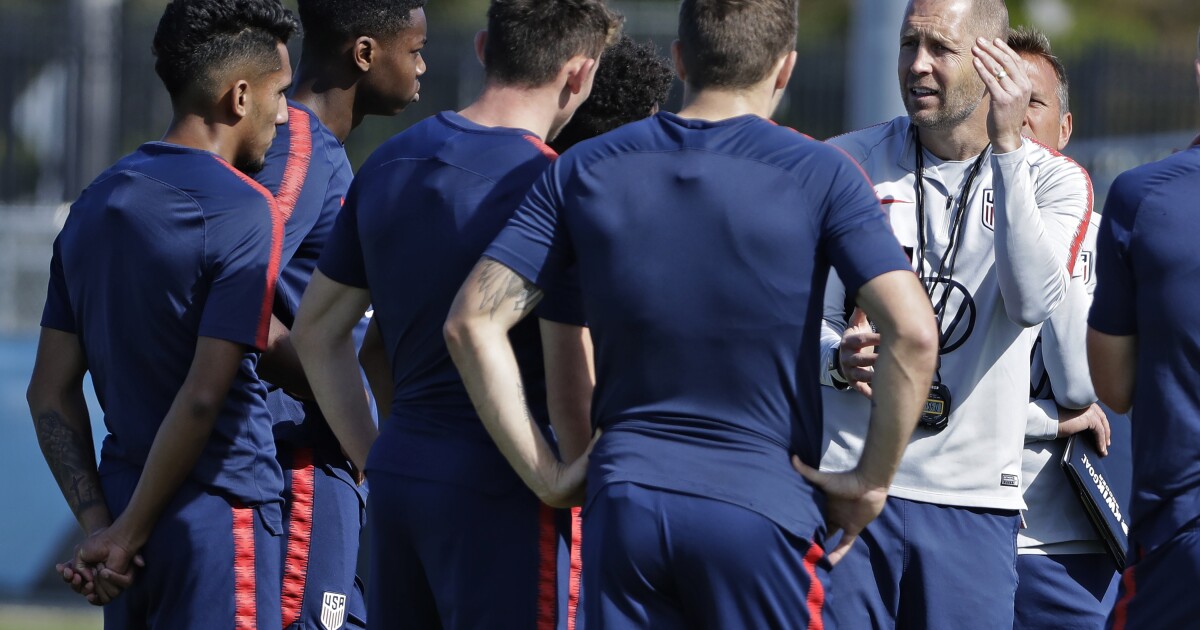 The U.S. national men’s soccer team will not conduct a training camp or play matches during the FIFA window in October because of continuing issues with COVID-19.

U.S. Soccer said planning for a camp or match in October, when most of the rest of the world’s national teams will play, was complicated by the difficulties of bringing an opposing to the U.S. and by quarantine rules for players entering or leaving the U.S.

“After extensive conversations about holding a men’s national team camp in October, we ultimately determined the unique challenges created by COVID-19 as it relates to hosting international opponents and getting our players together wouldn’t allow us to move forward,” Brian McBride, the team’s general manager, said in a statement.

McBride said the federation was making “considerable progress” on scheduling matches in Europe during the FIFA window in November. COVID-19 already forced the national team to postpone March matches with the Netherlands and Wales and postponed the CONCACAF Nations League final four in June.

The team has not trained since January, and its only game this season was a 1-0 win over Costa Rica on Feb. 1. The next official competition for the U.S. is the rescheduled Nations League, which was originally set for March but is likely to be delayed again until June 2021.

Mexico had two friendlies scheduled in the coming weeks, hosting Costa Rica in Mexico City on Sept. 30 and meeting the Netherlands in Amsterdam on Oct. 7. But Costa Rica announced Tuesday afternoon it was pulling out of next week’s game.

“Both players and staff are disappointed not to be able to get back on the field and continue the progress we have made as a group,” U.S. coach Gregg Berhalter said. “While COVID-19 continues to create challenges for us, we are confident we can find a way forward in the near future that will provide an opportunity to play matches in preparation for the important competitions next year.”

U.S. Soccer is hoping to hold a fall training camp for the World Cup champion women’s national team, which has not played since the SheBelieves tournament in March. That camp would be held at the conclusion of the NWSL season and would not feature a match. However, the national team players competing in Europe — among them Alex Morgan, Christen Press, Rose Lavelle, Sam Mewis and Tobin Heath — would not be able to participate.