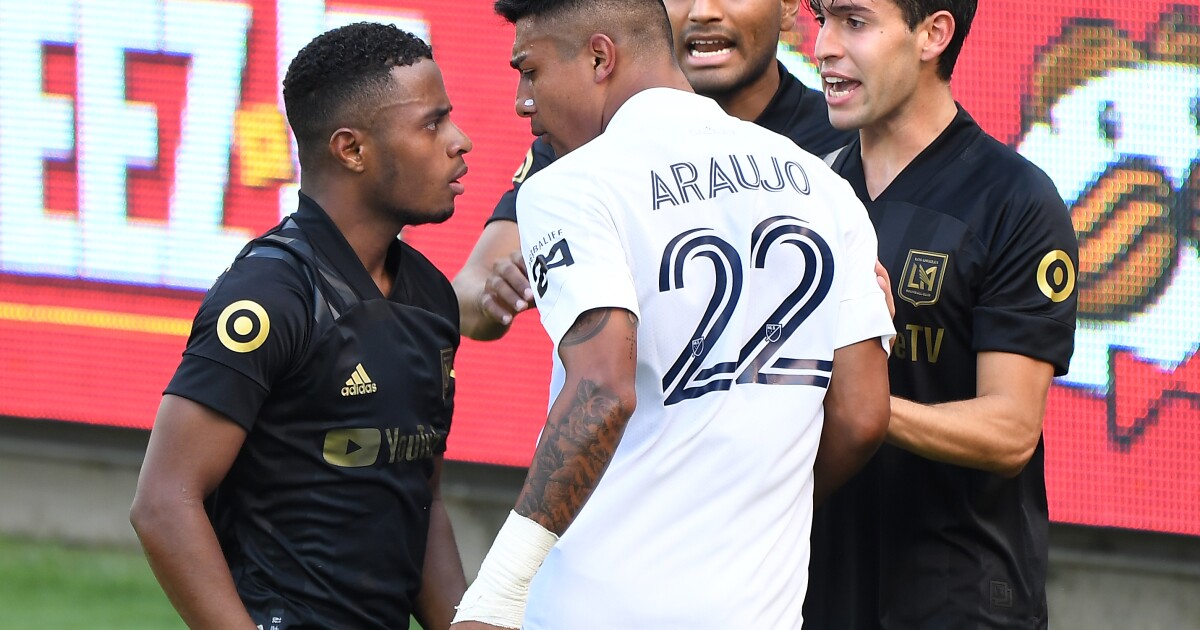 Major League Soccer released the remainder of its 23-game regular-season schedule Tuesday, which calls for a fourth El Tráfico between LAFC and the Galaxy at Banc of California Stadium on Oct. 25.

The Galaxy have won the last two meetings of neighborhood rivals and leads LAFC by goal differential in the battle for the final Western Conference playoff berth.

The Galaxy will play 12 times — seven of those at home — in the final 46 days of the regular season, which ends Nov. 8. That includes two home dates with Seattle, the reigning MLS Cup champions, a road game at Colorado and a pair of visits to Portland to play the Timbers and Whitecaps.

LAFC also has home games remaining with Seattle, Houston and Portland, and two trips to Portland four days apart to play the Timbers and Whitecaps. LAFC will also travel to Colorado.

LAFC will play six of its final 11 games at Banc of California Stadium, where it has lost just once this season. The team has failed to score in three of its last four games away from home.

Worries over the spread of COVID-19 led MLS to limit road games to one-day trips. As a result, the league schedule is made up mostly of games against geographic rivals no more than one time zone away. So in addition to four games with LAFC, the Galaxy will play San Jose four times and Seattle three times.

LAFC will play Portland and the Galaxy four times each in addition to three games with Seattle.

With the coronavirus outbreak slowing most nonessential travel between the U.S. and Canada, the league’s three Canadian teams have been forced to move south for the rest of the season. The Montreal Impact are based at Red Bull Arena in Harrison, N.J., Toronto FC will play its home games at Rentschler Field in East Hartford, Conn., and the Whitecaps will share Portland’s Providence Park with the Timbers.

The top eight teams in the 12-team Western Conference will advance to the playoffs along with the top 10 in the 14-team Eastern Conference. The playoffs will kick off Nov. 20 and the MLS Cup will be played Dec. 12.