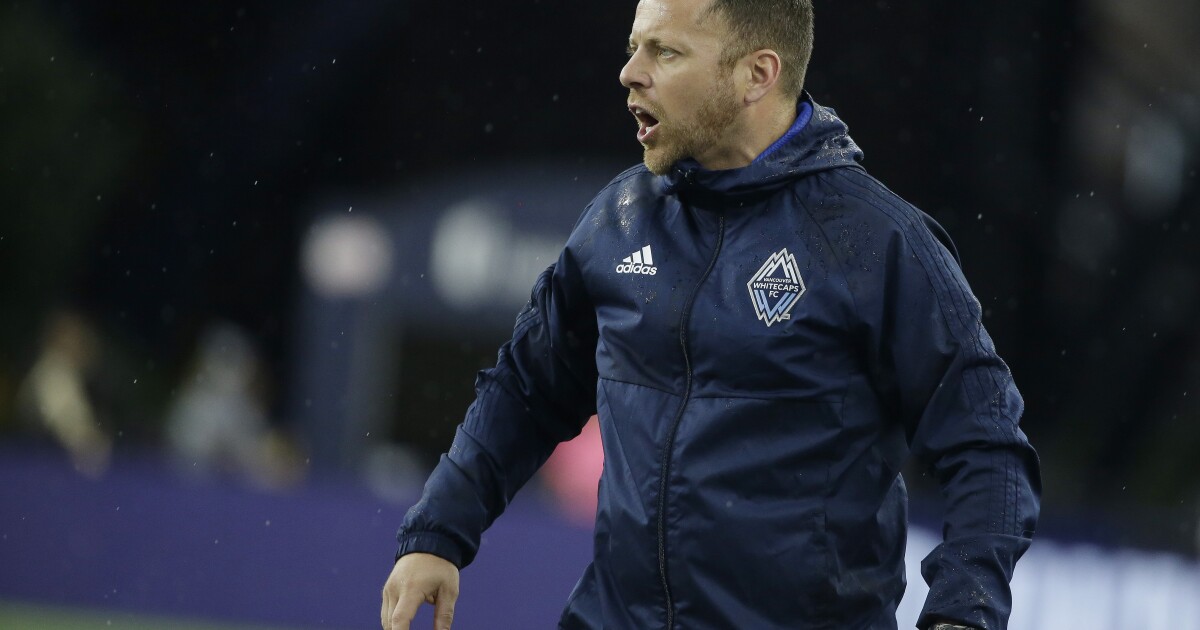 Under most circumstances Marc dos Santos said he would enjoy an extended company-paid visit to Portland.

“Such passionate people,” the Vancouver Whitecaps coach said in a teleconference call Monday. “In a normal situation Portland is one of the nicest cities with the most energy in the U.S.”

But these are not normal times. Dos Santos has relocated to Oregon with his team to finish out the MLS schedule because COVID-19 has hampered non-essential travel across the U.S.-Canadian border. And the city, surrounded by wildfires and beset by protests, has lost its charm.

“The year has been like that so we can’t be surprised about anything right now,” he continued. “If it’s not COVID it’s the smoke. If it’s not the smoke, it’s the riots. It’s just an incredible 2020.”

In terms of the MLS schedule it’s only half over for the Whitecaps, who have had to leave friends and family behind for the rest of the season — one that could stretch three more months into mid-December if Vancouver reaches the MLS Cup final.

The next test for Vancouver comes Wednesday when it makes a day trip to Los Angeles to play LAFC, which has lost just once in five home games. The Galaxy, on a two-game winless slide, are also on the road, making their first trip outside the Pacific time zone in more than two months to Utah to face Real Salt Lake.

“We’re never going to play home anymore. And the little bits that we’re home, we’re in quarantine. We’re not allowed to train,” said Dos Santos, whose team is battling all kinds of obstacles in its effort to make the playoffs for the first time in three seasons. “It’s such a challenge for us. Especially for the Canadian teams.

“You can’t compare the type of strain Canadian clubs [have] compared with American teams that just fly in and fly out. It is 100% a disadvantage.”

Vancouver (5-7-0) is tied with the Galaxy (4-4-3) and LAFC (4-5-3) in the Western Conference standings with 15 points but leads both L.A. teams on goal differential. LAFC and the Galaxy will play the majority of their remaining games on the road while Vancouver won’t play in Canada again this season.

“You sleep in your house. You do your training in your facility. You play in your home. That all makes a big difference,” Whitecaps defender Ali Adnan said. “Other players, they have kids, they have family. So for sure it is going to be more difficult for them.”

Players will be allowed to make short visits home to Vancouver, but they must quarantine, leaving them unable to train. That will be difficult given a schedule that has the team playing 11 times in the next 46 days.

In the meantime, home is a Portland hotel where the only guests are the Whitecaps.

“It’s really like a vision of the movie ‘The Shining.’ It’s kind of weird,” Dos Santos said.

Also strange is the protocol for MLS road trips because of COVID-19. The league is avoiding overnight trips so teams travel, play and fly home all in the same day. Dos Santos said his players will have to get up at 7:30 Wednesday morning to be ready for a game that won’t kick off until 7:30 that night.

“Should you play professional games in any sport like that? No,” he said. “But it is a learning experience and an opportunity to show how strong you can be mentally? Yes. A huge one.”

“It’s a long day, it takes a toll on your body,” he said. “But at the end of the day every team’s doing the exact same thing.”

“There are so many things,” Dos Santos said. “Especially guys that have kids and know that, maybe close to [three] months, it’s going to be hard to see kids in the right way.

“We’re not in a fully comfortable environment.”