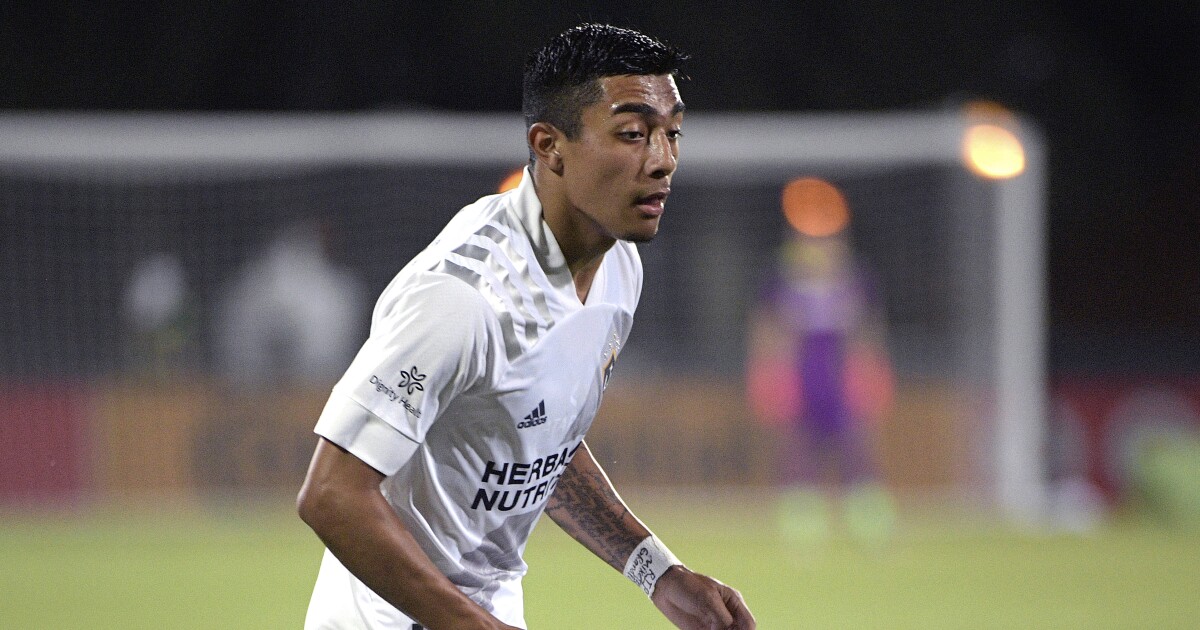 When the winless Galaxy stumbled home from the MLS Is Back tournament in Florida two months ago, the league rewarded them with arguably the toughest schedule for the first phase of the MLS season reboot.

The Galaxy didn’t lose a game, twice shutting out LAFC, the best team in the league a year ago, and beating Portland, champion of the Florida tournament.

So when the Galaxy started the second phase of the reboot Saturday against the Colorado Rapids, a team that had won just once since MLS teams stopped playing in front of fans in early March, it looked like a mismatch.

And it was, with Cole Bassett and Jonathan Lewis leading the Rapids to a comfortable 2-0 win in an empty Dignity Health Sports Park, snapping the Galaxy’s six-game unbeaten streak and dropping them to eighth in the Western Conference standings, a point behind Colorado.

Bassett scored late in the first half and Lewis late in the second. Before Lewis’ goal was allowed to stand it had to withstand a long video review after the sideline official ruled the Rapids were offside on the play.

The Galaxy (4-4-3) have gone 187 minutes without a goal. Even Javier “Chicharito” Hernández proved unable to save them, coming on for the final 36 minutes — his longest appearance in more than two months — but putting just one shot on goal.

The Galaxy not only lost the game, they also lost their cool, with teenage defender Julian Araujo, who has been spectacular at times this season, earning two yellow cards and an ejection, leaving his team to play the final 15 minutes without him.

Araujo was whistled for a challenge from behind on Kellyn Acosta but disagreed with the call. Minutes later he appeared to say something to referee Ted Unkel that he objected to, leading to the second yellow card and the expulsion.

Highlights from the Galaxy’s 2-0 loss to the Colorado Rapids on Saturday.

“Araujo threw an insult into the air and the referee thought he was talking to him,” Schelotto said. “It was just out of frustration.”

Unkel did not immediately respond to a written request for an explanation. But Galaxy captain Daniel Steres had his own opinion.

“That red card was ridiculous,” said Steres, who believed a verbal warning would have been more appropriate than a second yellow for an emotional, young player late in a close game. “Julian will learn from that and he’ll learn he can’t say things like that.

“He said something at the referee, not to him. I think the ref’s wrong. I think Jules was wrong too.”

Three minutes later things went really wrong for the Galaxy, with Lewis scoring from the middle of a crowd in front of the net to put the game away.

“The run had to come to an end at some point,” midfielder Perry Kitchen said of the unbeaten streak. “There wasn’t too much that went right tonight. We just have to move past it.”

The Galaxy were coming off back-to-back shutouts, the Rapids fresh off their most one-sided loss of the year and having just traded Kei Kamara, their co-leading scorer.

And though the teams seemed headed in opposite directions, they slogged through an even if unspectacular first 30 minutes before the Rapids came alive, pushing forward in numbers and eventually beating Galaxy keeper David Bingham to take a 1-0 lead on Bassett’s goal with five minutes left in the first half.

The goal was the first Bingham allowed in three games and 220 minutes and it came on an easy finish for Bassett, who beat Galaxy defender Nicholas DePuy to Sam Vines’ long, right-footed cross and tapped it in.

On defense the Rapids kept a crowd around the Galaxy’s Cristian Pavón all night — and the strategy worked, with Pavón finishing without a goal or assist in consecutive games for the first time in his young MLS career.

He leads the Galaxy in both categories and though he didn’t put a shot on target he still had dangerous moments, including one midway through the first half that ended when teammate Sebastian Lletget inexplicably stopped his run into the box just as Pavón sent a pass that way.

Lletget had a good look off a corner kick in the 71st minute, but his header from the center of the penalty area went well over the goal.

The Galaxy’s best chance may have come in the 52nd minute when Araujo sent a low, hard pass from the right wing to Ethan Zubak at the near post. But Zubak’s attempt to redirect the ball in was smothered by William Yarbrough, one of four saves he made in registering his second shutout of the season for Colorado (4-4-4).

“We know what we can do a team. We know we can play better,” Steres said. “And we have to get back to that.”