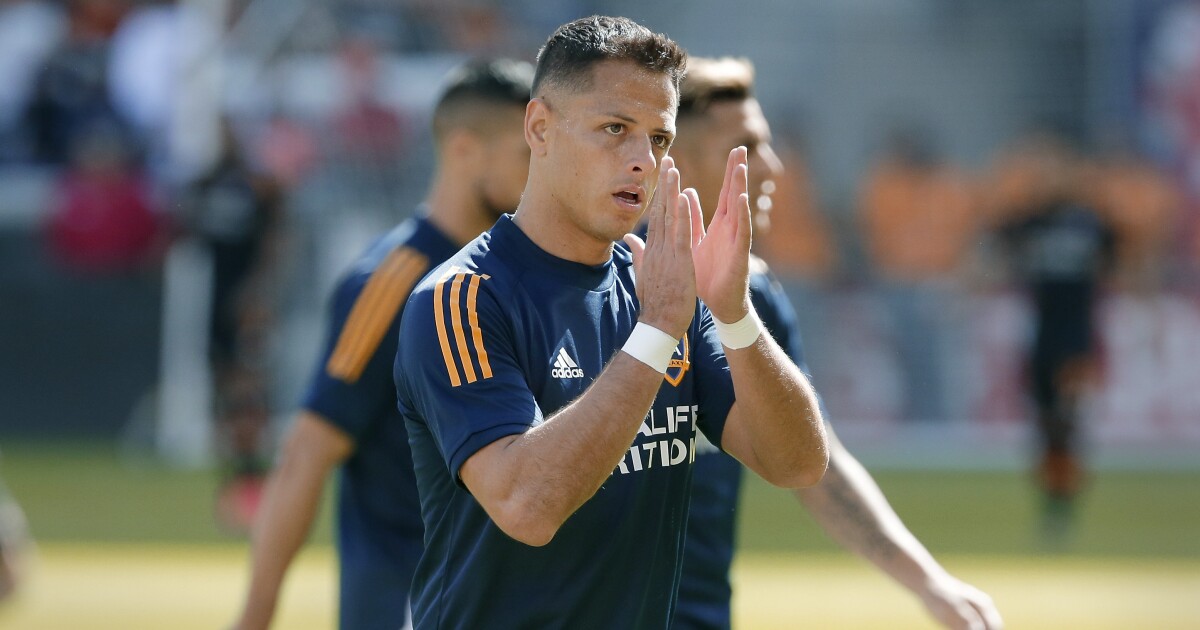 The Galaxy, riding their second-longest winning streak in six seasons, are about to get even better with the return of striker Javier “Chicharito” Hernández, who has been out since mid-July with a torn calf.

Hernández, the Mexican national team’s all-time leading scorer, played just three games, scoring once, before going to the sidelines during the MLS Is Back tournament in Florida. The team (4-3-2) was winless when he got hurt but has lost just once since then heading into Sunday’s game at San Jose.

And that, Hernández said, has taken pressure off his return.

“I’m very calm. You can see the level of the team,” he said in Spanish. “I’m happy to return and contribute my little bit.”

Hernández, who returned to full training Monday, said he expects to make Sunday’s trip but whether or not he plays is a decision for Guillermo Barros Schelotto — and it’s a decision the coach said he hasn’t made yet.

“He’s ready,” Schelotto said Thursday. “We need to check tomorrow and talk with him, then we will decide what to do.”

Hernández isn’t the only player the Galaxy may be getting back full time. Captain Jonathan dos Santos, who has started just once this season because of a surgery to repair a hernia in July, has played sparingly off the bench in the team’s four-game winning streak but is now close to 100%. And Schelotto is hopeful Colombian winger Yony González, who signed with the team last month but remains in Brazil awaiting a visa, will arrive shortly.

The additions come at a delicate time for the Galaxy, who have played well with a depleted roster but now face 13 games in eight weeks as MLS races to make up as much of its COVID-interrupted schedule as possible.

“The next couple of months is going to take everyone. That’s a lot of games,” midfielder Perry Kitchen said.

Hernández and Dos Santos, two of the Galaxy’s three designated players, have played just 45 minutes together this season and their return to the starting lineup would likely come at the expense of forward Ethan Zubak and midfielder Joe Corona, who have played well during the winning streak.

When González shows up he would probably take Julian Araujo’s spot and make it even more difficult for Efraín Álvarez to get playing time. But while those changes risk upsetting the chemistry and momentum the Galaxy have built in the last month, it will also make the bench much deeper.

“Anything the team needs to get better we will decide to use,” Schelotto said. “I recognize the team is going very well. But we have players with quality and character. This season is a little different. We have a lot of games very close to each other.

“We’re in a really good moment. [But] we can get better.”