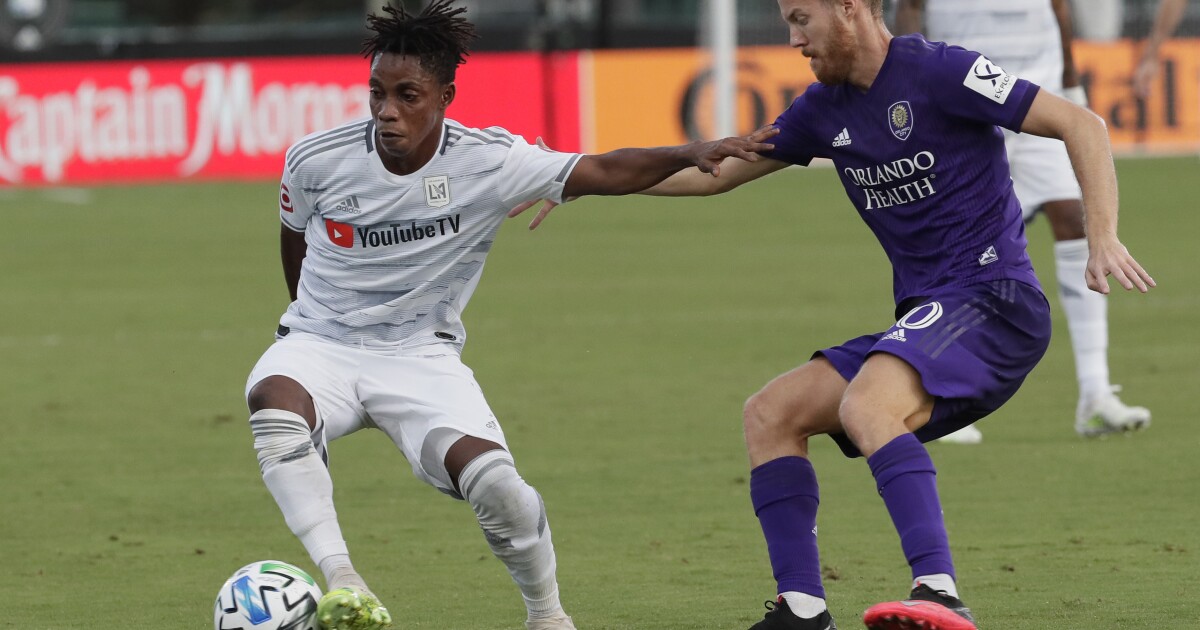 A lot has changed in the two weeks since LAFC made its first trip of the MLS regular season. The team was four days removed from its first loss when it flew to Salt Lake City for a game that was eventually postponed, along with four other MLS matches, as part of a multiple-sport protest against racial injustice.

That postponement now qualifies as a bright spot for LAFC, which played three games in eight days after that, losing two of them, part of its worst stretch in more than two years. LAFC will try to turn things around Wednesday when it returns to Utah to face a Real Salt Lake team on an even deeper slide, having won only once in its last seven games while dealing with an upheaval in ownership.

“In this stretch the games come fast,” LAFC coach Bob Bradley said. “It’s not like we learned anything from flying there.

“Things are happening quickly in the games, with turnarounds. So [we’re] still finding ways to make sure that we get things covered in training and make sure that physically and mentally guys are ready for the next challenge.”

Since the first trip to Utah, Bradley has switched goalkeepers, going with Pablo Sisniega, and moved Tristan Blackmon into the center of the defense to create a spot for midfielder Latif Blessing at right back, a position where LAFC is struggling for consistency.

“The understanding between Latif and Tristan still needs to be better,” Bradley said. “Latif still, in different situations, gets caught too easily just looking at the ball.”

LAFC (3-3-3) conceded a league-low 37 goals last season but has allowed a league-high 19 goals in nine games this season.

“We continue to try to grow as a team,” Bradley said. “We’re not satisfied with the way things are going.”

When players on both LAFC and Real Salt Lake decided not to play the Aug. 26 game and stand in solidarity with teams in the NBA, WNBA and Major League Baseball, RSL owner Dell Loy Hansen criticized the decision on two Utah radio stations he owns. The pushback on the part of the players and the league was immediate and after The Athletic posted a story detailing a history of racist remarks and actions by Hansen, MLS announced it was launching an investigation.

Three days later Hansen said he would sell the team along with his NWSL and USL Championship teams. Chief business officer Andrew Carroll was pushed out and the team is now being run by John Kimball, a 10-year veteran of RSL under former owner Dave Checketts.