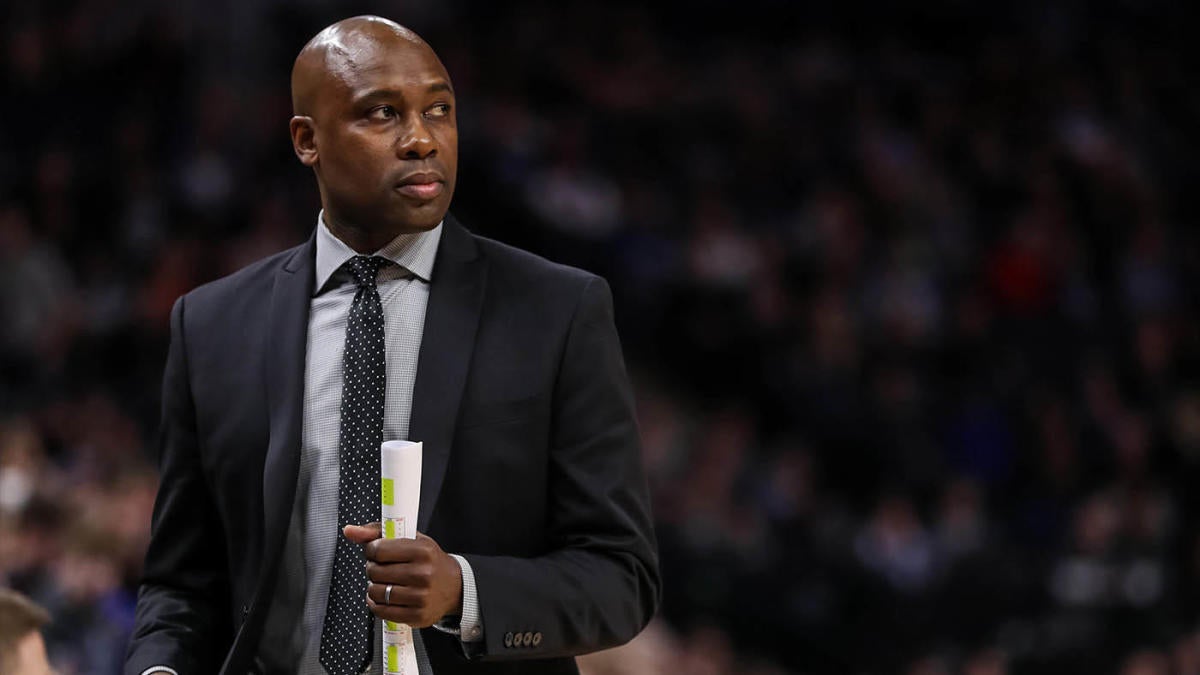 Watch Now: Boomer and Gio: The Brooklyn Nets are focused in the NBA Bubble (3:18)

The sensible belief after the Brooklyn Nets moved on from former coach Kenny Atkinson was that a team built around Kevin Durant and Kyrie Irving needed a big-name coach to earn the respect of such a talented roster. Yet at every turn, interim coach Jacque Vaughn made a compelling case to both his superstars and organization that he’d be the right fit as the permanent head coach. Brooklyn, with little to play for in Orlando and an utterly depleted roster, stunningly went 5-3 in their seeding games and pushed the Portland Trail Blazers, fighting for their playoff lives, to the absolute brink in their finale.

Vaughn’s performance in the bubble seems to have caught ownership’s attention. He interviewed for the top job formally on Tuesday, according to The Athletic’s Shams Charania, and reportedly impressed ownership. The search is still ongoing. Earlier reports have suggested that the Nets are interested in signing Gregg Popovich away from the San Antonio Spurs, while Ty Lue, Jeff Van Gundy and Jason Kidd are also believed to be candidates.

But in July, ESPN’s Adrian Wojnarowski named Vaughn as the frontrunner, and that came before his excellent performance in the bubble.

“He’s the head coach,” Wojnarowski said of Vaughn on The Woj Pod. “They didn’t make him interim coach. I think the Nets are considering the possibility of a search, I would still give Jacque Vaughn, I would take Jacque Vaughn against the field right now.” His guest, New York-based ESPN NBA reporter Malika Andrews, agreed with him.

Vaughn coached the Orlando Magic for three seasons and posted an underwhelming 58-158 record. However, the roster he would have to work with in Brooklyn is substantially better than the rebuilding Magic ever were during his tenure. If ingratiating himself to Brooklyn’s superstars is a prerequisite of earning the job, Vaughn took an important first step when he moved DeAndre Jordan, a close friend of Durant’s and Irving’s, into the starting lineup over the younger Jarrett Allen.

Vaughn’s biggest advantage is incumbency. He’s been the head coach of these Nets, something no other candidate can claim, and coached them well albeit under circumstances that the team hopes will never be repeated. He aced his audition, and if the interview went just as well, there is a strong possibility that Vaughn will be Brooklyn’s long-term head coach.