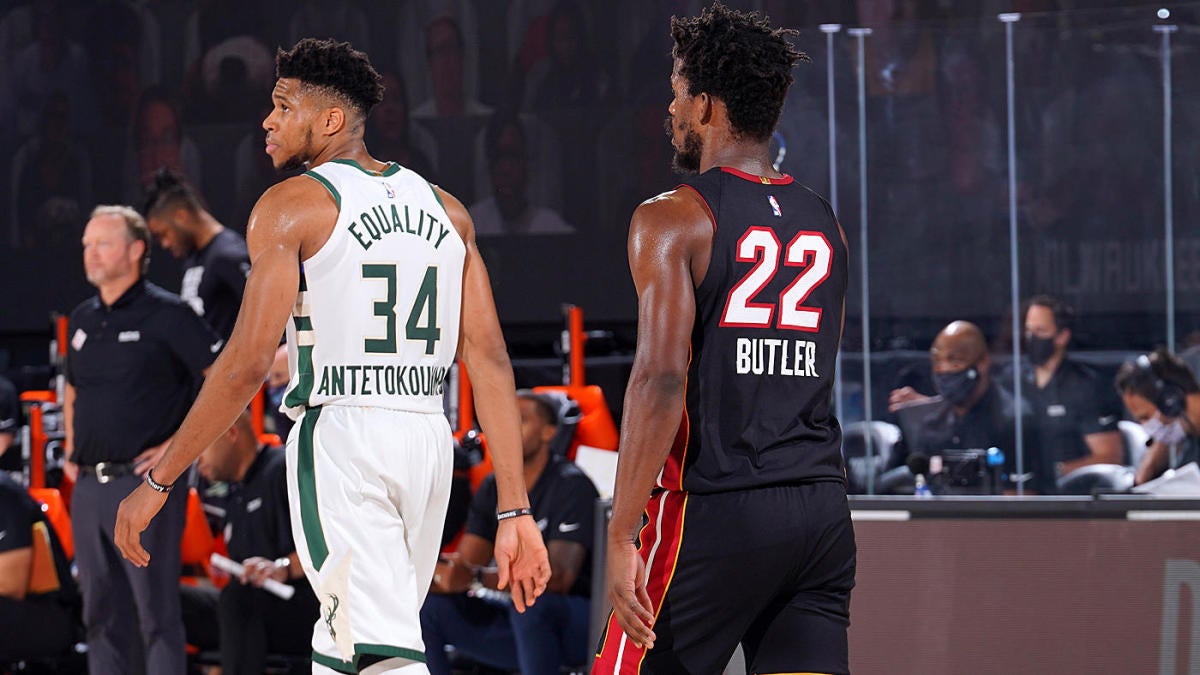 Heat star Jimmy Butler cooked the Bucks‘ defense in Miami’s 115-104 Game 1 win over Milwaukee on Monday night. Butler hit clutch shot after clutch shot down the stretch, and finished the game with a postseason career-high 40 points in 36 minutes of action. He shot well over 60 percent from the floor, went 12-for-13 from the foul line and connected on both of his attempts from long range. It was an extremely impressive performance.

Butler’s elevated output was somewhat surprising given the fact that the Bucks had the league’s best defense during the regular season, not to mention the freshly crowned Defensive Player of the Year on their roster in Giannis Antetokounmpo. However, despite his newfound status as the league’s recognized best defender, Antetokounmpo spent little time guarding Butler over the course of the contest, and didn’t switch on to him down the stretch while Butler was giving the Bucks work. Instead, Khris Middleton and Wesley Matthews spent a majority of minutes on the hot-handed Butler.

After the game, Antetokounmpo was asked if he inquired with Mike Budenholzer about switching onto Butler, and he provided an interesting answer, via Ben Golliver of the Washington Post:

“No, I didn’t,” Antetokounmpo replied. “Why would you ask that? … I’ll do whatever coach wants me to do.”

Though Giannis was clearly confused, the question was a very valid one. As the best defender on his team — and in the league — one would think that when an opposing player is on fire “NBA Jam”-style, the task of slowing that player would fall to Antetokounmpo. Head coaches are typically tasked with making in-game adjustments, and Budenholzer should have switched his superstar onto Butler some time in the second half. However, as Milwaukee’s floor general, Antetokounmpo could have stepped up and made the change himself when he saw Butler continuously torching his teammates. Between the two of them, it should have been done.

Moving forward, this is a move that the Bucks will absolutely have to make if Butler continues to be as hot as he was in Game 1. At the very least, Antetokounmpo’s length should work to bother Butler and make it tougher for him to make plays. Every single game is crucial in the postseason, and the Bucks can’t again afford not to use their best defensive weapon where he’s needed most.