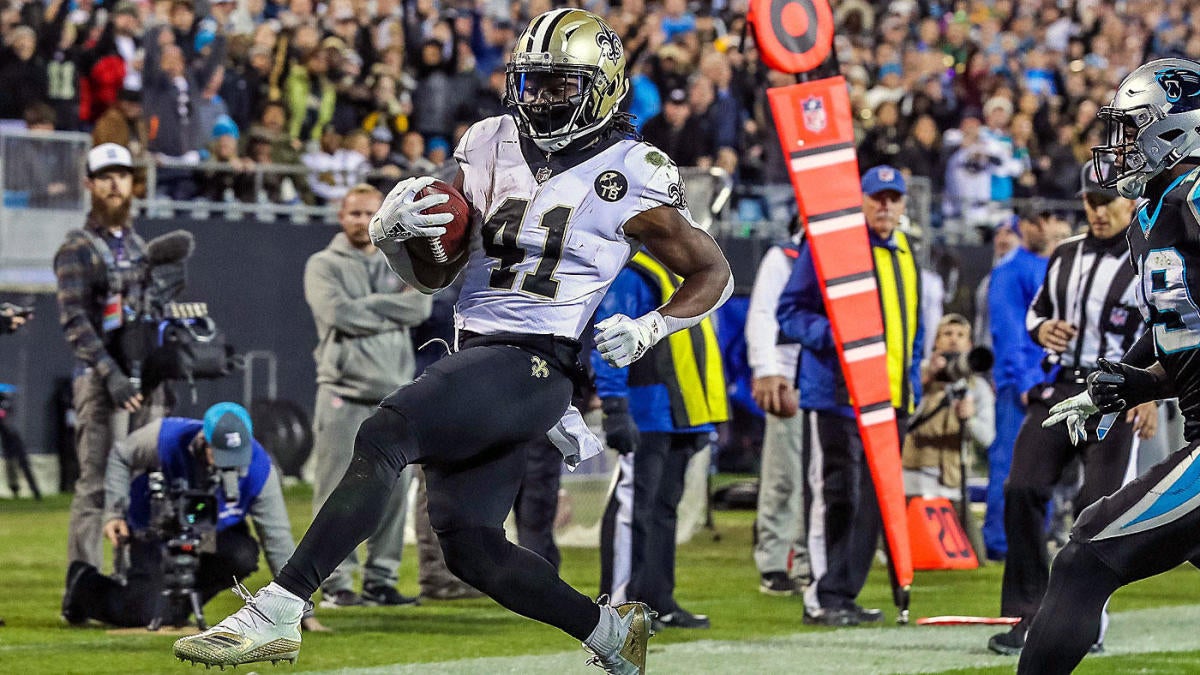 Alvin Kamara is one of the best all-around running backs in football. Now all 31 other NFL franchises may have that opportunity to play “Let’s Make A Deal” with the New Orleans Saints as the franchise could look to trade Kamara if they can’t reach a contract extension with the three-time Pro Bowl running back.

Kamara’s trade market could heat up fast. He’s the only player in league history to rush for 2,000 yards, have 2,000 receiving yards, and make three Pro Bowl appearances in his first three NFL seasons. Over the past three seasons, Kamara is fifth in yards from scrimmage (4,476) and second in all-purpose yards (5,061). Kamara’s 27 rushing touchdowns are fifth in the NFL and his 243 receptions and 2,068 receiving yards are second in the league among running backs only to Christian McCaffrey.

Bottom line: Kamara deserves to be paid amongst the best running backs in the game. If the Saints fail to accomplish the task, another NFL team will certainly take on the responsibilities of having Kamara long term. Which of those teams would actually want to give up a reported first-round pick (New Orleans’ asking price) for Kamara, not to mention having the salary cap space to sign Kamara to a long-term deal? Let’s dive in.

If Cam Newton is truly going to succeed in New England, why not give him a reliable pass-catching option that can open up his scrambling ability and give opposing defenses nightmares? Sony Michel isn’t reliable and who knows how dependable James White is now that Brady is in Tampa. Cam and Kamara would be a lot of fun and would also open up the playbook for Josh McDaniels.

Kamara will certainly get his fair share of touches in New England and open up the passing game. Adding him may be the move that gives New England another AFC East title.

Miami shelled out $8.26 million to form a running back combination of Jordan Howard and Matt Breida for 2020 — their attempt to improve the league’s worst rushing attack form a year ago. While Breida and Howard have potential, they don’t match up to the talent of Kamara. The Dolphins are committed to spending money and have plenty of future cap space to work out a long-term deal with Fournette (projected $42 million in 2021 cap space, per Over the Cap).

Adding Kamara could catapult Miami from a five-win team to a dark horse playoff contender. Tua Tagovailoa would also have another reliable pass-catching option in his rookie season. A win-win.

How about a Kamara for Le’Veon Bell swap? The Saints and Jets could entertain the possibility as a way to rid each other of their running back problems. Bell and Jets head coach Adam Gase have had their disagreements and the Jets would certainly like to rid themselves of Bell’s massive contract. The Saints, should they choose not to sign Kamara to an extension, could ship him off to New York and get a playmaker in Bell, whose receiving ability would fit nicely as a check down option for Brees.

Despite Bell’s subpar 2019 season, he still has a few good years left in him. Put Bell behind a good offensive line and he’ll revert back to his days with the Steelers. The Saints will reap the rewards of Bell and still be Super Bowl contenders while the Jets will get a younger back in Kamara that’s a stronger fit in a Gase offense. Kamara will also receive plenty of target volume given the Jets’ depth at receiver.

The Saints may actually get a draft pick back for taking on Bell’s contract. Just a thought.

Notice the pattern here? Every AFC East team could use Kamara in a division that’s as wide open as it’s ever been in the past 20 years. The Bills have the defense capable of winning the division and opened up the passing game with the acquisition of Stefon Diggs this offseason. Their running game is still a question mark as it’s unclear if Devin Singletary can be a featured back and Zack Moss could take that job away at some point this season.

Buffalo’s running game is fine as it’s currently constructed, but the Bills have a first-round pick and the cap space to add Kamara to their already impressive young core. Adding Kamara could also help speed up quarterback Josh Allen’s development.

Green Bay may not be as good as its 13-3 record from a season ago and this team did nothing to improve the pass-catching options for Aaron Rodgers in 2020. Devin Funchess opted out due to COVID-19 and the Packers didn’t draft a single wide receiver. This offense needs more weapons around Rodgers.

Who could blame Rodgers if he was unhappy? Perhaps giving up that first-round pick for Kamara and igniting Green Bay to the top of the NFC North may lighten his mood. Green Bay does have the league’s reigning touchdown leader in Aaron Jones — who is also in the final year of his rookie deal — even though he’s not an ideal receiver out of the backfield. Perhaps the Packers can create a strong combination of Kamara and Jones, utilizing Kamara in the slot as one of the top receiver options for Rodgers and take the pressure off Jones and rookie A.J. Dillon in short-yardage situations.

Kamara would have reduced touches, but he also would be an important weapon for the offense throughout the year and in the postseason. Rodgers doesn’t have many opportunities left to win a Super Bowl and Green Bay needs to give him more help than what he has now. Adding Kamara would be a gamble that could pay huge dividends.

The Rams could use a stud running back like Kamara because when their offense was at its best — a lead back (Todd Gurley) — led the way. Kamara may actually be a better fit in McVay’s system and the clear cut No. 1 back Los Angeles could use to power their offense. Having a receiving back like Kamara would open up the passing game for Goff — who had his own struggles while Gurley was dealing with his knee troubles last season — and Kamara could help him regain his form.

While Kamara could help boost the offense, a trade could be a long shot. Los Angeles appears committed to the committee of Cam Akers, Darrell Henderson, and Malcolm Brown, but would like one of those three to emerge as the No. 1 back. The Rams also don’t have the draft capital to acquire Kamara as they don’t have a first-round pick until 2023. How many future firsts can Los Angeles give up? Sitting at $14 million over the cap doesn’t help either.

Kamara would be a great fit in Los Angeles, but there are too many hurdles to clear.

If there’s a good running back available, Tampa Bay is a logical landing spot. The Buccaneers still have question marks at running back with Ronald Jones and LeSean McCoy atop the depth chart. McCoy was the opening day starter for the Kansas City Chiefs last season before falling down the depth chart and playing just one snap in the postseason, so it’s fair to wonder if the Buccaneers can rely on him long term — assuming Jones doesn’t grab hold of the lead job.

Tom Brady loves to have that check down back, so why shouldn’t Tampa Bay acquire one of the best receiving running backs in the game? If the Buccaneers are serious about a Super Bowl run, they can give up that (projected) late first-round pick to the Saints and take their chances on Kamara for one season. Signing Kamara to a long term deal will be difficult, but perhaps a one-year pay raise is in order first.

The Buccaneers are still unlikely to land Kamara unless the Saints receive a king’s ransom. New Orleans is a Super Bowl favorite and its highly doubtful they would trade a Pro Bowl running back to a division rival and NFC contender. Tampa Bay would ned to give up much more than a first-round pick to land Kamara.

Washington has been looking for a long term replacement for Adrian Peterson and Derrius Guice is no longer an option. Head coach Ron Rivera knows how to use Kamara’s skill set as he (along with offensive coordinator Scott Turner who came over with him to Washington) was the mastermind to draft Christian McCaffrey and mold him into one of the best all-around backs in football.

Washington could use a playmaker on offense not named Terry McLaurin, but would the franchise be willing to part ways with a potential top-five draft pick for a running back? This sounds like a Daniel Snyder move, but he’s turned over the keys to the franchise to Rivera and new team president Jason Wright. Maybe a second-round pick intrigues the Saints, especially given Washington doesn’t have much at running back.

Bryce Love, Peyton Barber and J.D. McKissic just aren’t long-term options for a franchise that is trying to give its fans hope. Kamara is a player Washington can market for the next several seasons.