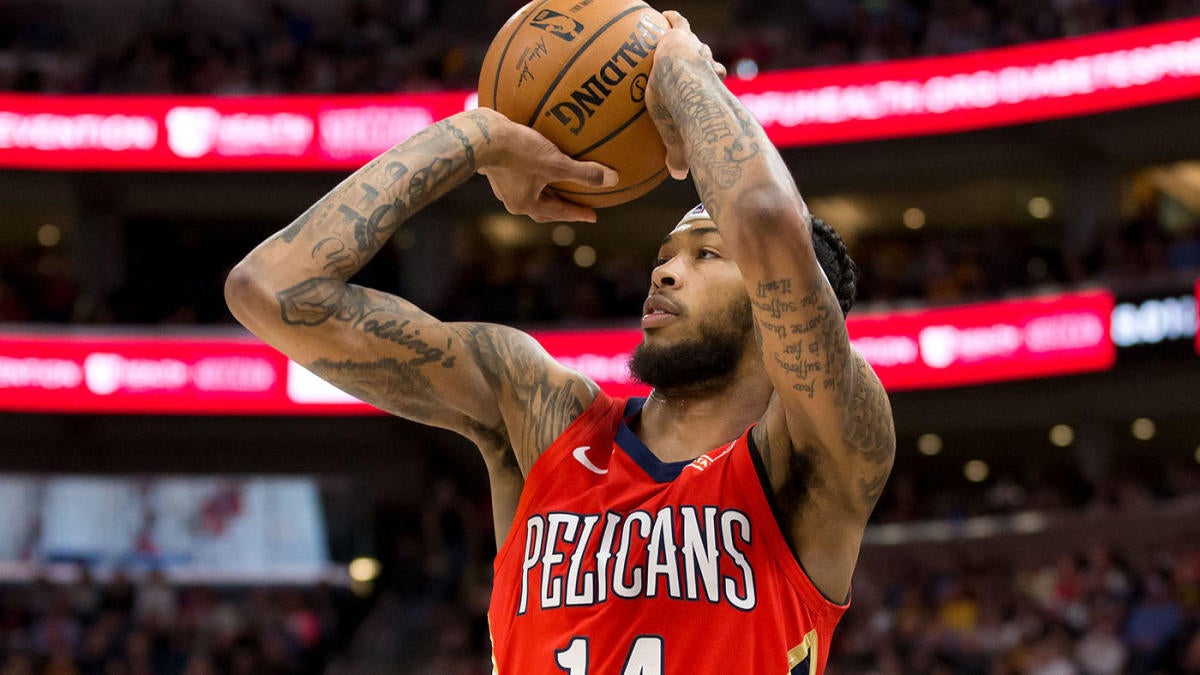 Watch Now: The Jim Rome Show: The NBA players walking out was inevitable (1:54)

Brandon Ingram has won the 2019-20 NBA Most Improved Player award over Bam Adebayo and Luka Doncic, the league announced Monday. Ingram, in his first season with the New Orleans Pelicans, averaged career-highs in points (23.8), rebounds (6.1) and assists (4.2) per game as the primary scorer for his new team.

More importantly, after shooting only 32.9 percent on two 3-point attempts per game in his first three seasons as a Laker, he jumped all the way to 39.1 percent on 6.2 attempts per game with the Pelicans. While Ingram showed flashes of stardom in his final season in Los Angeles, his fit with LeBron James was never all that comfortable due to his off-ball limitations.

But improving as a shooter made an enormous difference as he worked to play alongside rookie sensation Zion Williamson as well as former Laker teammate Lonzo Ball. The three will only work as a trio with proper spacing, and Ingram’s strides in that regard should make New Orleans very optimistic about their future. A year ago, that future was very much in doubt.

Ingram’s 2018-19 season ended with a blood clot in his shoulder. Players like Chris Bosh and Mirza Teletovic have lost their careers to clotting issues, but fortunately, Ingram’s problem appeared to be based on a structural issue with his shoulder rather than an underlying medical condition. He made it through the 2019-20 campaign without incident.

And now, he’ll be rewarded for that. The Pelicans did not sign Ingram to a contract extension during the 2019 offseason at least in part due to fear over another blood clot. But Ingram was not only healthy, he thrived on the court in making his first All-Star Team and winning this award. He will now enter restricted free agency as perhaps the best available talent aside from Anthony Davis, the star he was traded for last offseason.

In all likelihood, that will result in a max contract for Ingram from the Pelicans, who can match any offer he gets from another team. Ingram’s future prospects were a mystery before the season began. He silenced any doubters with his play as a Pelican. He was everything New Orleans could have hoped for and more this season, and this award was well-earned.