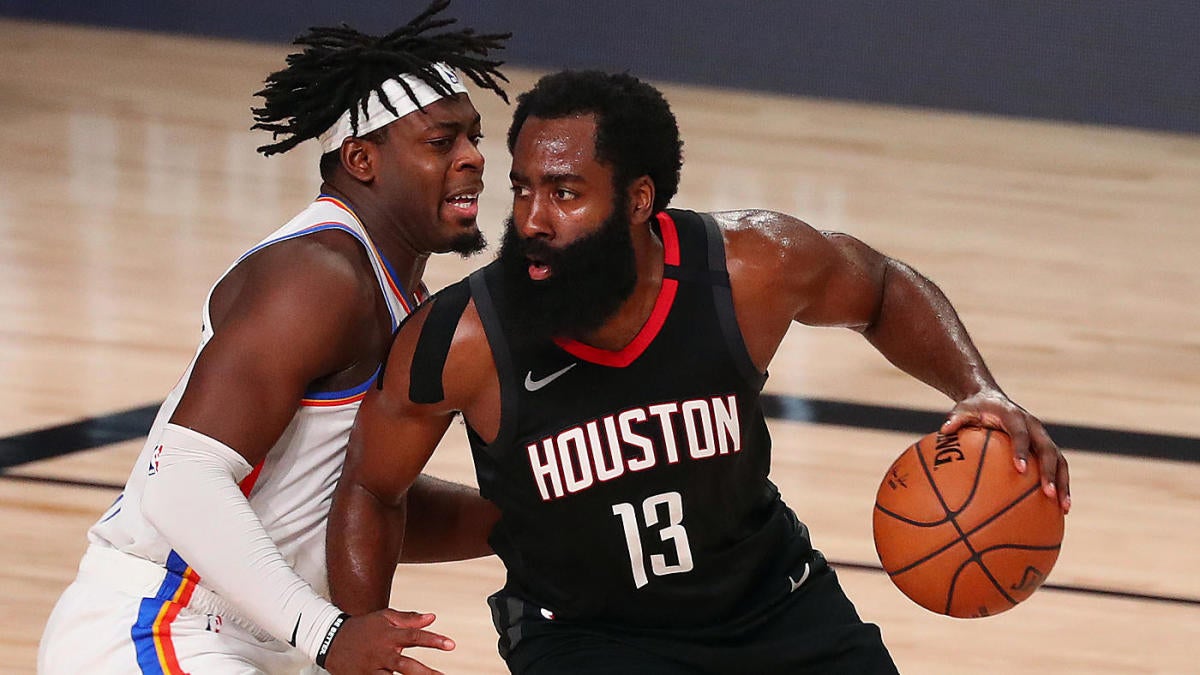 The Houston Rockets and the Oklahoma City Thunder will face off in Game 6 of a best-of-seven first-round series on Monday evening. The Rockets hold a 3-2 series lead after a blowout win in Game 5, with the Thunder looking to avoid elimination from the 2020 NBA Playoffs with a win. On the injury front, Luc Mbah a Moute (knee) is listed as out for Houston, with Oklahoma City reporting no roster issues.

AdventHealth Arena in Orlando will host this 9 p.m. ET tip. William Hill lists Houston as a five-point favorite, down 1.5 points from the opener, in the Rockets vs. Thunder odds. The over-under for total points scored is up one point to 226. Before making any Thunder vs. Rockets picks, be sure to see the NBA predictions from SportsLine’s proven computer model.

The SportsLine Projection Model simulates every NBA game 10,000 times, and it’s already returned over $4,700 in profit on its top-rated NBA picks this season. It entered last week on a blistering 59-33 run on top-rated NBA spread picks, returning almost $2,300 on those picks alone. It’s also 7-2 on top-rated picks since the NBA’s restart in July. Anybody who has followed it has seen huge returns.

Now, the model has set its sights on Rockets vs. Thunder. You can visit SportsLine now to see the picks. Here are the NBA odds from William Hill and trends for Thunder vs. Rockets:

Why the Rockets can cover

The Rockets are an explosive offensive team with very strong metrics that date back to the regular season. Houston ranked in the top 10 of the NBA in free-throw rate, shooting efficiency, turnover avoidance and points per possession in the regular season, in addition to a league-leading mark in 3-point attempt volume. While Houston’s offense has tailed off in the playoffs, the Rockets are led by an explosive pairing with James Harden and Russell Westbrook.

Harden is averaging 31.8 points, 8.0 assists and 6.6 rebounds per game in the series against Oklahoma City, after leading the NBA at 34.3 points per game in the regular season. Westbrook (quad) missed the first four games before struggling in Game 5, but the former MVP averaged 27.2 points, 7.9 rebounds and 7.0 assists per game in the regular season. Defensively, Houston is limited by size, but the Rockets have been electric against the Thunder. In allowing 101.8 points per 100 possessions, the Rockets have the best defensive rating in the postseason, with a top-five mark in turnover creation and the ability to make life difficult for Oklahoma City’s perimeter creators.

Why the Thunder can cover

The Thunder are comfortable playing in high-leverage situations, leading to optimism in a must-win scenario. Oklahoma City led the NBA in what the league defines as clutch situations during the regular season, outscoring opponents by a mind-blowing 24.4 points per 100 possessions. That mark comes with elite metrics on both offense and defense and, when combined with Paul’s reputation as an elite closer, the Thunder should be in a strong position if they can keep things close.

Defensively, the Thunder rank as a top-10 team in the NBA for the full season, with encouraging metrics against the Rockets in this series. Oklahoma City leads the NBA Playoffs 2020 in defensive rebounding and, if they can provide resistance against Houston’s shot creators, the Thunder should be in a favorable spot. However, the Thunder must improve in terms of offensive output, including a return to the team’s top-10 turnover rate in the regular season, instead of a faulty bottom-five ranking in the playoffs.

How to make Rockets vs. Thunder picks

SportsLine’s model is leaning under on the total, with only one player projected to hit the 20-point mark in this matchup. The model also says one side of the spread hits in well over 50 percent of simulations. You can only get the pick at SportsLine.

So who wins Thunder vs. Rockets? And which side of the spread cashes well over 50 percent of the time? Visit SportsLine now to see which side of the Rockets vs. Thunder spread to jump on, all from the advanced model that is up over $4,700 on its top-rated NBA picks this season, and find out.