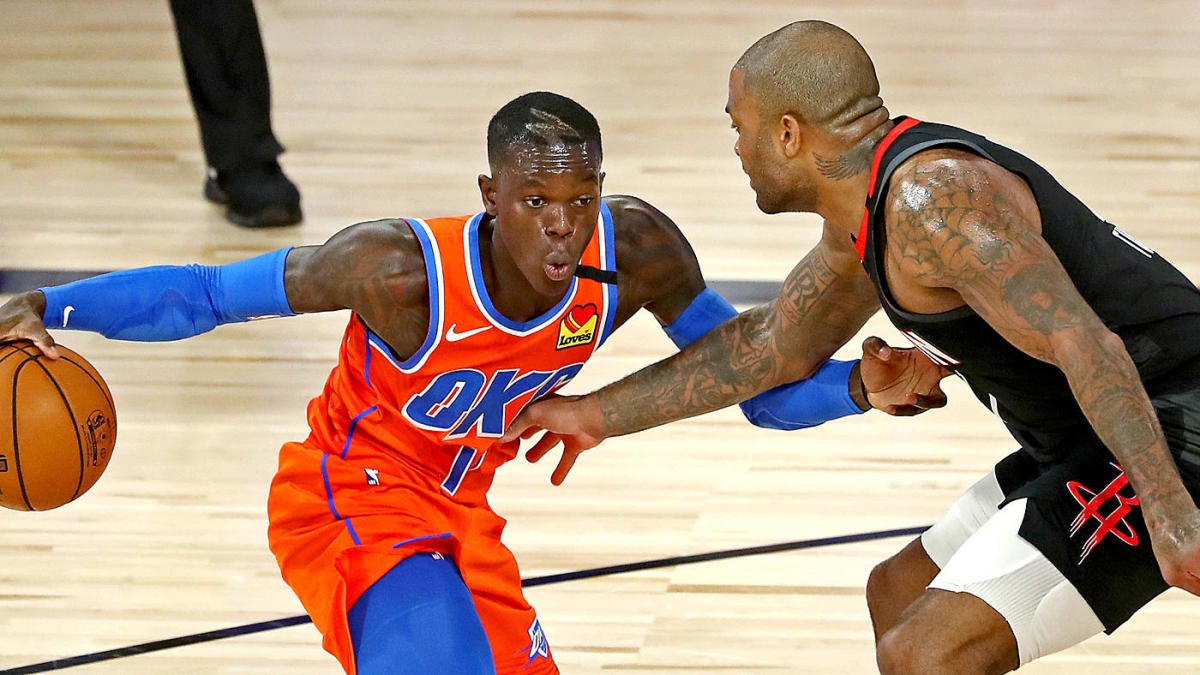 Oklahoma City Thunder guard Dennis Schroder and Houston Rockets center PJ Tucker are both about to be a little lighter in the pocket. Both players have been fined $25,000 for an altercation that they had during Game 5 of the first-round series between the Rockets and Thunder, the league announced on Sunday.

Oklahoma City Thunder guard Dennis Schröder has been fined $25,000 for making contact to the groin area of Houston Rockets forward PJ Tucker and Tucker has been fined $25,000 for approaching Schröder and making contact with him in escalation of the altercation, it was announced today by Kiki VanDeWeghe, Executive Vice President, Basketball Operations.

Upon League Office review, it was determined that Tucker’s contact with Schröder did not meet the standard for a headbutt. The incident, for which Schröder was assessed a Flagrant Foul 2 and ejected and for which Tucker was assessed a technical foul and ejected, occurred with 6:51 remaining in the third quarter of the Rockets’ 114-80 win over the Thunder on Aug. 29 at The Field House on the campus of ESPN Wide World of Sports in Orlando.

The incident occurred in the third quarter of Game 5 when Tucker tried to set a screen on Schroder, and Schroder hit Tucker below the belt as he tried to power through the screen. Both players fell to the floor, and then Tucker immediately bounced up and got into Schroder’s face, allowing his head to make contact with Schroder’s head. Both players were ultimately ejected from the contest.

You can see the incident below:

While both players will have to cough up some cash, the good news for their respective teams is that neither player was suspended for a pivotal Game 6, as they will both be greatly needed. The Rockets hold a 3-2 lead in the series, and they will look to close things out Monday, while the Thunder will hope to push the series to a seventh game.