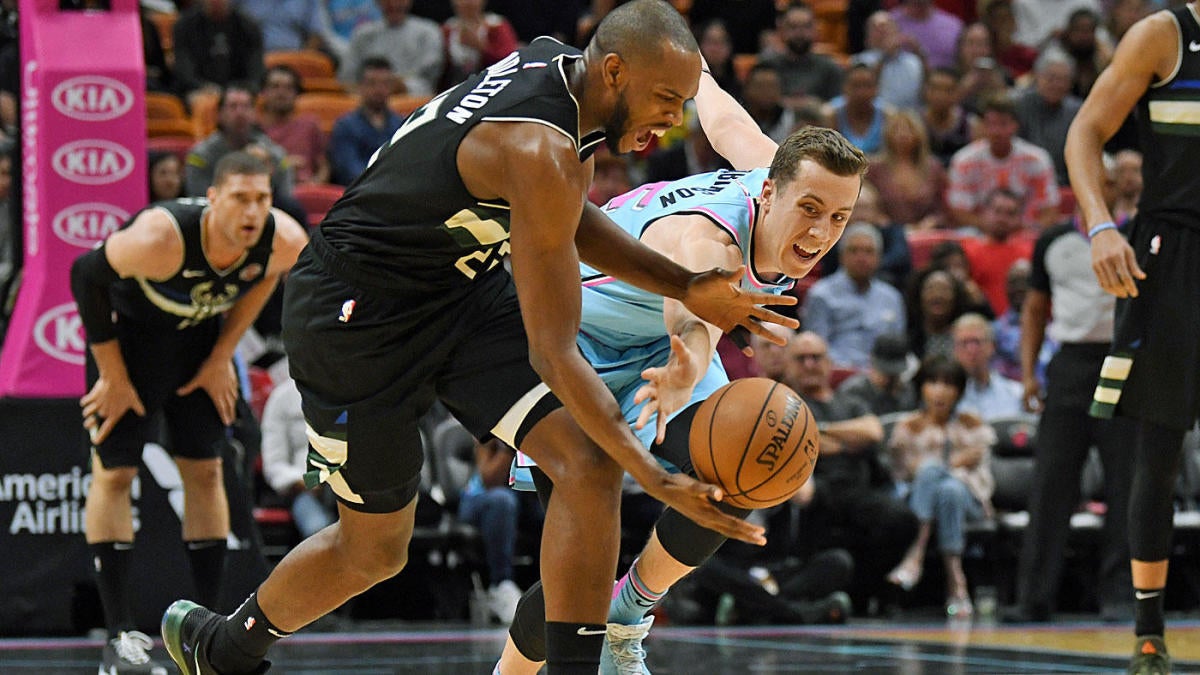 The Miami Heat have been one of the bigger surprise teams of the 2019-20 NBA season. Despite tempered preseason expectations and a relatively inexperienced roster, Miami climbed all the way up to the No. 5 seed in the Eastern Conference. Since arriving in the Orlando bubble, the Heat’s play has seemingly improved as they swept the higher-seeded Indiana Pacers in the first round of the postseason. Now, they’ll be tasked with facing off against the top-seeded Milwaukee Bucks in the Eastern Conference semifinal round.

The stakes are especially high for the Bucks in Orlando. After having the best record in the league for two consecutive seasons — and a potential back-to-back NBA MVP in Giannis Antetokounmpo — anything short of an NBA Finals berth would be considered a disappointment. Even then, there’s still some that would view anything short of winning the Finals an unsuccessful season for Milwaukee. The Bucks’ playoff push got off to a solid start so far after eliminating the Orlando Magic in five games in the first round. They will now face a Heat team that will be a tougher task than Orlando was.

The Heat won two out of three meetings between the teams during the regular season, though the Bucks won the most recent meeting in early August in Orlando. Here’s everything you need to know about Game 1 between the Bucks and Heat.

Bucks: When it comes to the Bucks, a major question facing the team during the postseason is where the ancillary scoring is going to come from. Antetokounmpo is obviously the main threat on the offensive end for the Bucks. He’ll get his, but who else is going to step up for Milwaukee? Miami is an excellent defensive team, and will do everything possible to make life difficult for Antetokounmpo and limit his effectiveness, and at that point the Bucks will need others to step up.

While Antetokounmpo averaged 30 points per game during Milwaukee’s first-round series win over Orlando, the team’s second-highest scorer in the series, Khris Middleton, averaged just 15 points per performance — five fewer points per game than his regular-season average. Similarly, guard Eric Bledsoe averaged just 11.6 points per game against the Magic, also less than the 14.6 points per game that he averaged during the regular season. While players often step up their production in the postseason, the opposite occurred for key contributors for the Bucks in the first round. They will need that to change if they hope to make a second consecutive trip to the Eastern Conference finals.

Heat: There’s no such thing as completely stopping Antetokounmpo, but when it comes to guarding him the Heat have several options that could make life difficult for the reigning NBA MVP. It begins with Bam Adebayo, who is one of the few players across the league’s landscape that has the combined size and athleticism to consistently bother Antetokounmpo. In fact, Adebayo was the league’s most effective defender during the regular season when it came to guarding Giannis, based on his true shooting percentage. How well Adebayo is able to do on Antetokounmpo will likely go a long way toward determining the outcome of the series

With their sights set on a Finals berth, expect the Bucks to come out focused and determined in Game 1. If Middleton and Bledsoe can provide Antetokounmpo with more offensive help than they were able to in the first round it could be tough for Miami to keep up on the offensive end. Pick: Bucks -5.5