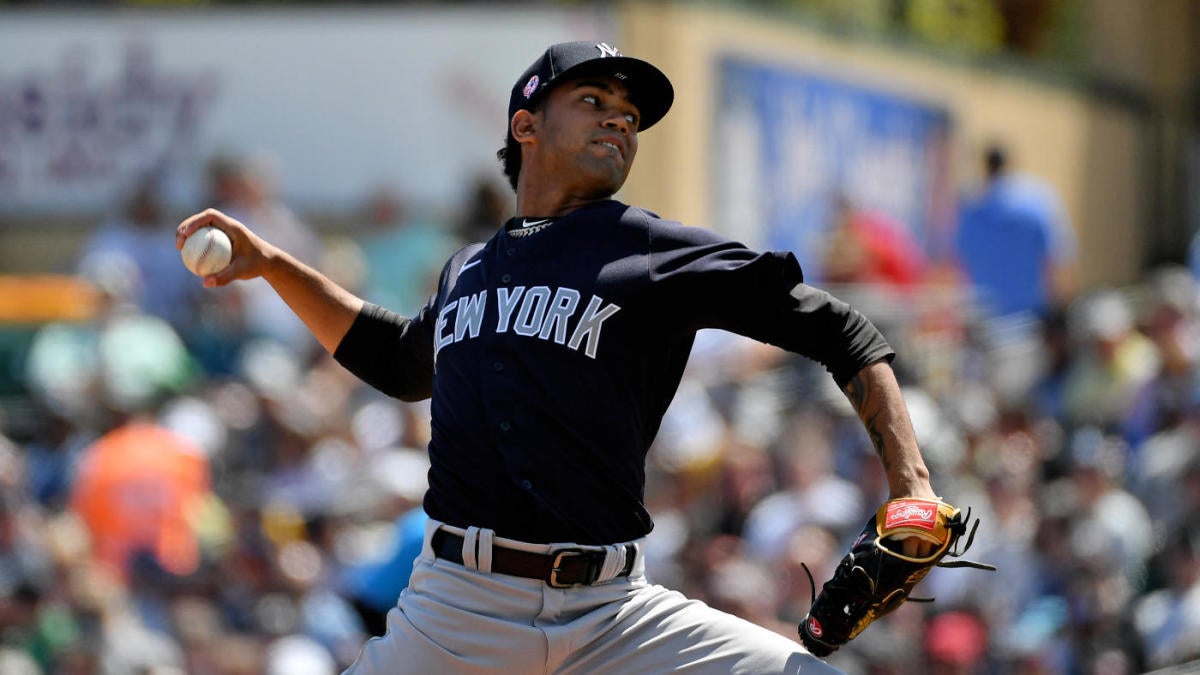 Watch Now: Highlights: Mets at Yankees (1:50)
The biggest knocks on Garcia are his size — he is listed at 5-foot-9 and 163 lbs. — and his command. Those 165 strikeouts last year came with 54 walks. Garcia has walked 125 batters in 293 2/3 career minor league innings. The Mets have the 10th highest chase rate in baseball and that could work to the young man’s advantage.
“We do have a decision that we’ve got lined up and we’re ready to execute,” GM Brian Cashman teased prior to Saturday’s game when asked about the club’s starters for Sunday. Right-hander Michael King will start the other doubleheader game. The Yankees did not announce who will start which game.
Garcia has one of the best breaking balls in the Minors, a high-spin curveball with so much depth that he sometimes has difficulty landing it for strikes. He also dodges bats with a fastball that ranges from 91-97 mph with high spin rates that give it riding life up in the strike zone. He added a mid-80s slider in 2019 to give batters a different look, and he also flashes a solid changeup with fading action.
Garcia, 21, struck out 165 batters in 111 1/3 innings at three minor league levels last season. He started the 2019 Futures Game and reached Triple-A, and the Yankees moved him to the bullpen late last season to prepare for a potential big league call-up, though he was never summoned to the Bronx. Garcia has spent this season at the team’s alternate site in Scranton.

Garcia gets Sunday’s start over right-hander Clarke Schmidt, New York’s first round pick in 2017 and essentially their No. 1A pitching prospect to Garcia’s No. 1. Schmidt is a college product and considered more MLB ready than Garcia, but he is not on their 40-man roster, and the Yankees don’t want to make a move for what might only be one spot start. Garcia is on the 40-man.

NEW YORK — The New York Yankees snapped their seven-game losing streak Saturday (NYY 2, NYM 1) and they will have one of their best young prospects on the mound Sunday. The Yankees announced right-hander Deivi Garcia will be called up Sunday to start one game of the team’s doubleheader games against the New York Mets.
Of course, the Yankees have had bullpen problems most of the season, and a good outing Sunday could keep Garcia in the big leagues in some capacity. The team is known to want a starting pitcher prior to Monday’s trade deadline. If they acquire one, Garcia could fit in a bullpen role. If they don’t, he may be in the rotation to stay. Our R.J. Anderson ranked Garcia as the No. 1 prospect in New York’s system prior to the season. MLB.com ranks him as the 100th best prospect in baseball and they describe a power bat-missing arsenal: