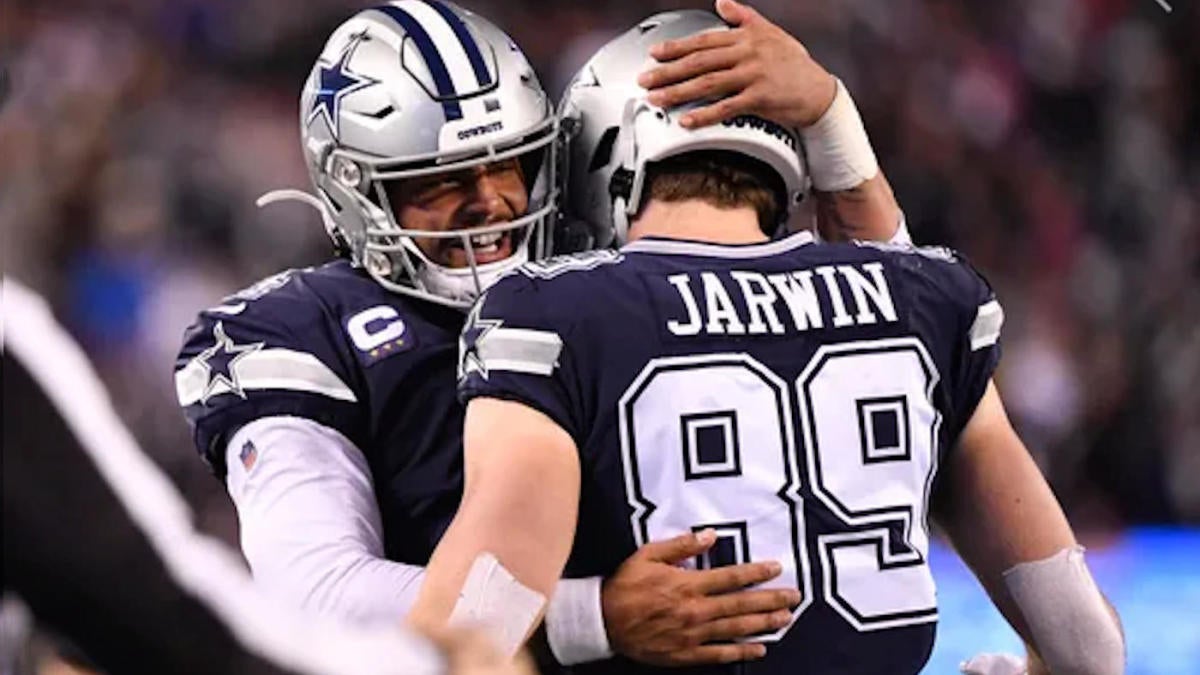 For the second time in three seasons, the Dallas Cowboys will attempt to move on from Jason Witten. With the ushering in of Mike McCarthy as head coach, there wasn’t a role offered to the future Hall of Fame tight end that he found provocative enough to keep him planted in the only locker room he’s known since 2003, and so he’s taken his talents to Las Vegas to roll the dice on the Raiders. For McCarthy, the name of the game at the position was to go younger and more athletic, and he feels Blake Jarwin is the medicine for what ails the club — in regards to having a tight end who can make big plays and stretch the field.

The front office feels the same way, which is why they rescinded their initial second-round tender this offseason and instead signed Jarwin to a four-year, $24.25 million deal with $9.25 million guaranteed.

Those numbers not only crown Jarwin as the definitive successor to Witten, but they could turn out to be one hell of a bargain, considering the 26-year-old’s potential to have a breakout season in 2020. For his part, Executive Vice President and Director of Player Personnel Stephen Jones is all in on what the Cowboys might see out of Jarwin this coming season and beyond.

“Well, I’m right there with you [on Blake Jarwin],” Jones said in an interview with 105.3FM the Fan on Thursday. “I think [he] has had an amazing camp.”

And the unspoken is now spoken, with the team admitting out loud there was zero chance Jarwin could get a fair shake with one of the best Cowboys ever still on the roster. Those who paid attention in 2019 knew this to be true, as plays that would’ve been more impactful with Jarwin as the target were given to Witten, often to the detriment of the offense. That isn’t to say Witten wasn’t productive, because he was, but Jarwin was much more productive when targeted — blowing past Witten’s yard per reception average of 8.4 with 11.8 yards per reception.

Jarwin also had only one fewer touchdown and 164 fewer receiving yards, despite Witten being targeted 43 more times in 16 starts.

It was pretty clear in 2019 who should’ve been the featured tight end in Dallas, and now he’ll get a fair shot at being the No. 1 guy, no longer being forced to battle for the role in games with Rico Gathers, Dalton Schultz and Geoff Swaim — the latter having been the incumbent starter in 2018 when Witten retired abruptly from football.

“Obviously he’s right there — top handful of favorite Cowboys is Jason Witten — but it was hard to be a tight end in this organization when 82 was around,” Jones said. “Certainly [Jarwin is] getting to spread his wings now, whether it’s Coach McCarthy, the offensive staff, his teammates, he keeps showing up out there. … He’s just — he’s really coming in to his own, and nothing would surprise me with him in terms of what his production could be this year. He just keeps getting better.

“His rapport with Dak is outstanding, and I really think he’s got a chance to step right in there and be a really good, if not great, tight end for us.”

In a locker room conversation with CBS Sports at the conclusion of the 2019 season, the former undrafted talent was asked if he’s ready for what comes with being the successor of one of the best to ever play not simply for the Cowboys, but in the NFL, period.

His answer was unequivocal.

“Absolutely [I’m ready],” Jarwin said in December. “I’m fully confident in myself to be a full-time playmaker in this league. I feel like I’m in pretty good shape right now and I can make a lot of big plays, but I think I can be even better. It’s my job to get back to work, hit it hard and watch a lot of film.

“I think that’s where it starts. You have to see what you’re not doing very well. I think that’s important. … It pays off in the long run.”

In a way, it already has, by way of his new four-year deal, but Jarwin knows it’s all in front of him to potentially be the next big thing at tight end for the Cowboys. Projected as a prime 2020 breakout candidate in Dallas, being surrounded by weapons like Amari Cooper, Michael Gallup, CeeDee Lamb, Ezekiel Elliott and Tony Pollard will make it difficult for opposing defenses to key in on him, not that it was easy to bottle him up before this was the case.

Jarwin’s athleticism gives him the ability to deliver the home run ball, but also makes him a proficient red zone threat — two attributes that will presumably be fully unleashed in 2020. Having learned all he can from Witten — a relationship that continues to this day — it’s time to find out if the student is ready to become the teacher.

By all accounts, the new semester is already in session, with Jarwin ready to take some defenses to school.