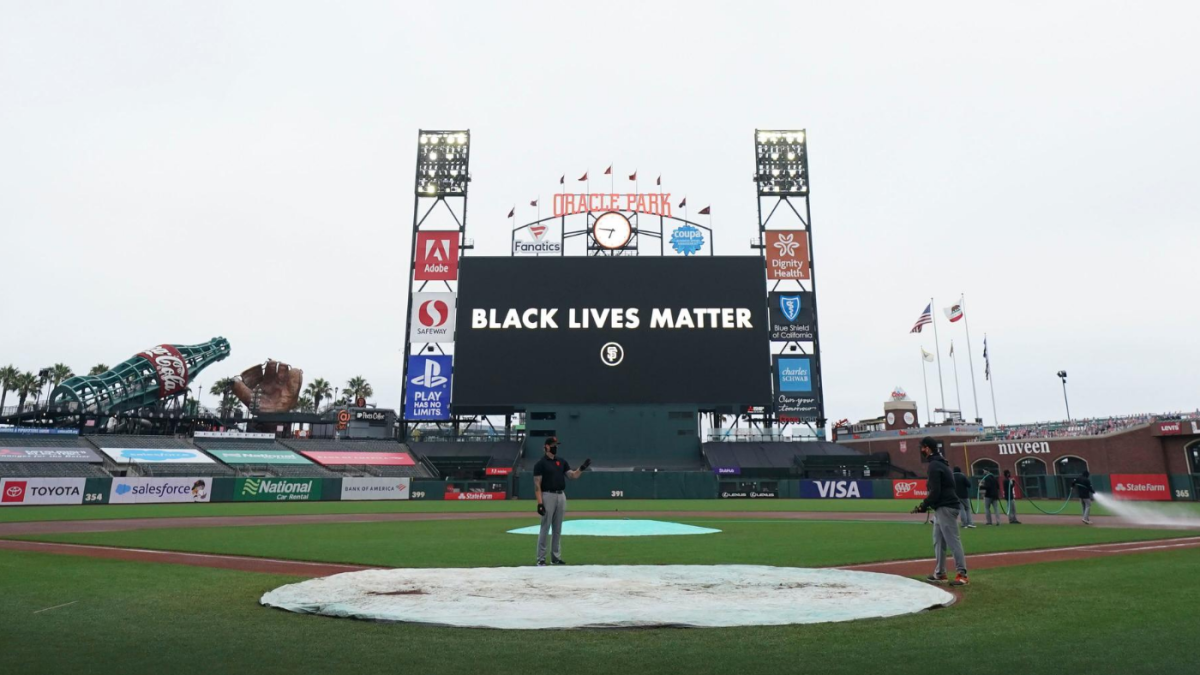 Watch Now: Multple MLB Games Cancelled Following NBA Sit Outs (1:17)
Twelve of MLB‘s originally scheduled 15 games were played on Wednesday, but other teams and individual players joined the Brewers in protest. Here are the three games that were not played:
Wednesday’s events were already going to dominate conversation in MLB, and the non-uniform responses to the Blake shooting and the Bucks’ decision not to play will no doubt heighten and intensify that dialogue in the days and weeks to come.  According to video, police shot Blake multiple times in his back as he attempted to enter his vehicle. Blake remains hospitalized in serious condition, and attorneys for the family say he is now paralyzed. Blake’s shooting comes after weeks of turmoil and protest following the killing of George Floyd, another Black man, by Minneapolis police. Tensions surrounding the Blake protests were tragically heightened when a teen from Illinois allegedly shot and killed two protesters Tuesday night.

Seattle veteran Dee Gordon tweets that the team’s decision not to play was unanimous.

Matt Kemp also released the following statement before his Rockies teammates took the field against the Diamondbacks:  “Given the pain in the communities of Wisconsin and beyond following the shooting of Jacob Blake, we respect the decisions of a number of players not to play tonight. Major League Baseball remains united for change in our society and we will be allies in the fight to end racism and injustice.”
The sports world on Wednesday was shook by protests in response to the recent police shooting of Jacob Blake, a Black man, in Kenosha, Wisconsin. The upheavals began when the NBA’s Milwaukee Bucks refused to play a playoff game against the Orlando Magic. Soon after, Wednesday’s remaining NBA playoff games were canceled. Following that step, the Milwaukee Brewers elected as a team not to play their scheduled home game against the Reds on Wednesday night. The Reds in turn agreed not to play, which means the Brewers would not be forced to forfeit.  MLB released the following statement Wednesday night:
CBS Sports HQ analyst Jim Bowden reported that the Giants and Dodgers were also not going to play as scheduled on Wednesday night. Giants manager Gabe Kapler strongly suggested that his team may opt against playing earlier in the day.  While most MLB games were played on Wednesday night, some players opted to sit out in protest while their teams played. That group included Cubs veteran Jason Heyward, who decided not to play after a conversation with manager David Ross. Jordan Bastian of MLB.com said that Heyward encouraged his teammates to play against the Tigers without him. The protests stem from the shooting of Blake, a 29-year-old Black man, by police in Kenosha, which is roughly 40 miles south of Milwaukee.
Prior to the Cardinals‘ home game against the Royals, the club released the following statement about Dexter Fowler and Jack Flaherty:
Earlier on Wednesday, Jeff Passan of ESPN tweeted that the Mariners seemed poised to decide against playing their road game against the San Diego Padres. Passan noted that the Mariners have the most Black players of any current MLB roster, and indeed they decided not to take the field in San Diego: