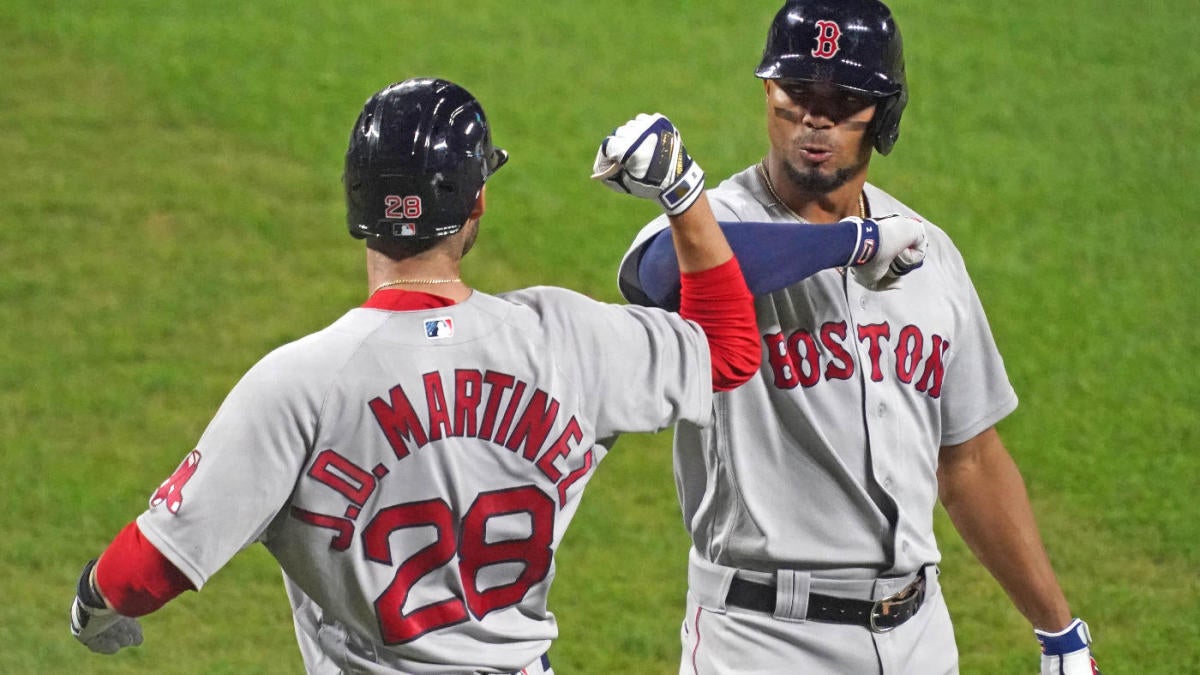 Watch Now: MLB Trade Deadline: Rangers May Be Sellers (1:30)
Throughout the season my fellow CBS Sports MLB scribes and I will bring you a weekly roundtable breaking down, well, pretty much anything. The latest news, a historical question, thoughts about the future of baseball, all sorts of stuff. Last week we dissected the Fernando Tatis Jr. grand slam controversy. This week we’ll tackle big names on the move at the deadline.
Matt Snyder: I think the Red Sox are going to completely blow things up, so I’ll go with J.D. Martinez. He’s owed .7 million in 2021 and 2022 combined, so it would have to be a team willing to take on money, but there are plenty of teams who need to add thump to the lineup and the DH is now in play in the NL. I believe it was my Axisa who mentioned the Nationals and I love that fit for the lineup and the money.

Who will be the biggest name traded at the deadline?

It’s also worth noting that this trade deadline isn’t likely to yield a blockbuster trade. I’ll be happy to be proven wrong on this, but with the abbreviated season, a player’s trade value is simply lower than it would be if it was a normal 162-game season with a July 31 trade deadline.
R.J. Anderson: I don’t know that any truly big names get moved (though I suppose it only takes one to make something happen). Lance Lynn is a good call, and I know people will be tempted to say Mike Clevinger, or even Xander Bogaerts. I’ll go with Lynn’s teammate, Mike Minor, who is an impending free agent. His numbers aren’t pretty this season, but his track record is good enough to overshadow that. Plus, he isn’t likely to cost a ton, given his performance, impending free agency, and the fact he’s owed more money than some alternatives with better seasons to date.
He could be a good fit for a contending team that’s seeking a rotation boost amid starting pitching injuries. However, Cueto is signed through 2021 and owed .8 million and a million buyout option in 2022, so the Giants would have to pay some of that contract if they intend to move him. Dayn Perry: I’ll say Texas decides to sell leading up to the deadline, and that will make ace Lance Lynn the biggest name dealt. Lynn’s long been a quality starting pitcher, but since joining the Rangers prior to last season he’s been on another level, in part because of increased use of his slider. He’s also signed through 2021 at bargain prices, and that will add to his appeal on the market.
Mike Axisa: Indeed, I mentioned Martinez and the Nationals as a possible fit last week. With the Red Sox selling, Martinez and Bogaerts are as good a pick to move as any big name player. Bogaerts has an unusual no-trade provision in his contract — he gets a full no-trade clause once he reaches seven full years of service time, which will happen in September — and I can see the Red Sox moving him before he gets no-trade protection and controls his destiny. To answer the question, I’ll go with Andrelton Simmons. The Angels are expected to sell and Simmons is an impending free agent, and they can easily plug David Fletcher in at shortstop long-term. The Blue Jays (Bo Bichette is hurt) and Yankees (Gleyber Torres is hurt) both make sense for Simmons.
Katherine Acquavella: I’ll say that Giants starter Johnny Cueto will be the big name moved at this year’s Aug. 31 deadline. Cueto, 34, is no longer the same ace he once was, but he’s proven to be reliable this season when things are clicking. He allowed two or fewer runs in four of his first six starts in 2020, and he even took a no-hitter against the Dodgers into the sixth inning before it was lost on a fielding misplay earlier this month. The 2020 Major League Baseball season is approximately halfway complete and the Aug. 31 trade deadline is right around the corner. Hard to believe it’s trade deadline season already, but here we are. Once the deadline passes, hopefully the regular season can be completed safely and a World Series champion can be crowned.