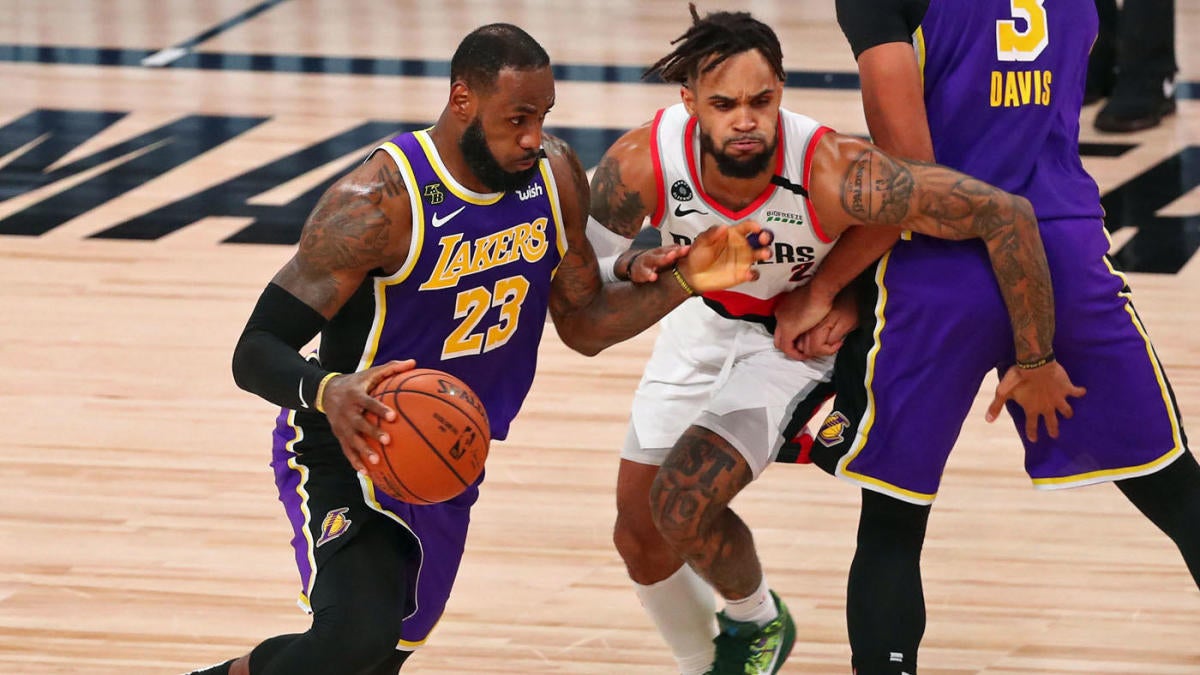 The Portland Trail Blazers came out and won Game 1 of the series, but since then it has been all Los Angeles. The top-seeded Lakers have won three straight games over Portland, and will look to close out the series in Game 5 on Wednesday night. For the Blazers, the tough task of trying to come back in the series despite being down 3-1 will be even tougher, as they will be missing their best player in Damian Lillard.

The All-Star guard will miss Game 5 with a right knee sprain, the Blazers announced Tuesday. Without Lillard, it will be very difficult for them to generate enough production on the offensive end to keep up with the Lakers’ dynamic duo of LeBron James and Anthony Davis. During the series, Lillard has averaged 24.3 points, 4.3 assists, and 3.5 rebounds.

Here’s everything you need to know about Game 5 between the Lakers and Blazers.

Lakers: Barring a complete collapse in the series, the Lakers will move on to the second round. James has never lost a first-round series in his entire career, and it doesn’t seem like something he’ll want to add to his resume in Year 17. If the Lakers are ultimately able to advance, they will face off against the winner of the series between the Houston Rockets and the Oklahoma City Thunder. Knowing that additional rest will be beneficial for a team looking to make a deep run, look for James to come out and set the tone for the Lakers early on. They don’t want to play a Game 6.

Trail Blazers: The Blazers have had a pretty epic run in the bubble in Orlando, but it looks like that run is about to come to and end. Without Lillard, it will be very tough for Portland to pull out a win in Game 5. In a way, Lillard not playing in what could be the team’s last game of the season is somewhat symbolic, as injury issues defined this season for Portland. Had they been at full health throughout the season they likely would have finished much higher than eighth in the West, and in turn they could have avoided a first-round showdown with the LeBron-led Lakers.

No Dame, no chance for Portland. Lillard’s absence, combined with a Lakers team that will be determined to avoid an additional game, will just be too much for Portland to overcome in this one. It has been a good run for the Blazers in Orlando, but all good things ultimately come to an end, and this is the end for Portland. Pick: Lakers -13