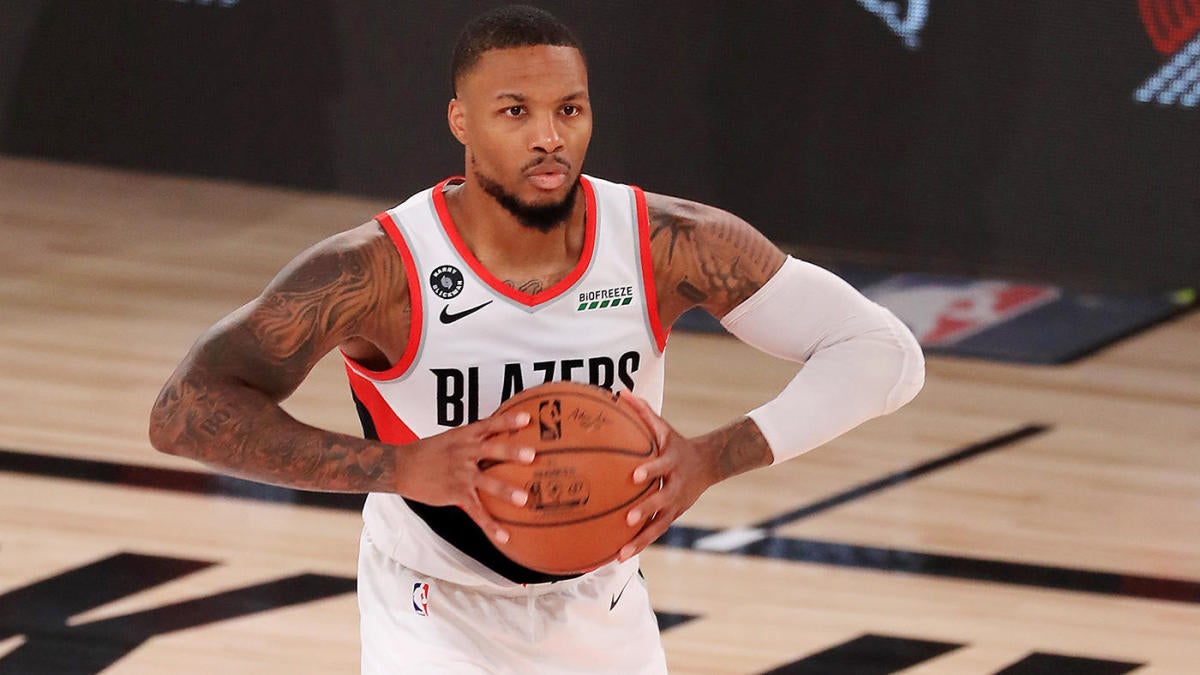 Damian Lillard will miss Game 5 of the Portland Trail Blazers‘ first-round series against the Los Angeles Lakers with a right knee sprain, the team announced Tuesday. The Blazers trail the Lakers 3-1, and with Lillard out, their season will likely end on Wednesday as the nearly fully-loaded Lakers attempt to knock them out without their best player. Lillard also dislocated his left index finger in Game 3, but played through that injury in Game 4.

His performance, on balance, has been underwhelming in this series. In parts of four games that he played, Lillard averaged 24.3 points per game on only 40.6 percent shooting from the field. Those numbers, in a vacuum, are fine. But Lillard averaged 37.6 points during Portland’s eight seeding games, and did so on 49.7 percent shooting, so his performance in the Lakers series lags by comparison.

The same has been true for his team. The Blazers went 7-2 in their first nine Orlando games, and then won Game 1 against the Lakers to give themselves a real chance at the upset. The Lakers blasted them from there, winning the next three games by a combined 49 points, and many more were shaved off during garbage time. Since Game 1, the Lakers have been the far superior team.

Assuming the Lakers take care of business in Game 5, the Blazers will be sent home after one round for the third time in four years, twice at the hands of Anthony Davis. Lillard turned 30 during the hiatus, and C.J. McCollum will hit 29 before next season begins. The Blazers are running out of time to build a true contender around their backcourt core, and while their odds of knocking off the Lakers were never great, losing an opportunity like this to injuries is yet another playoff disappointment for Portland.