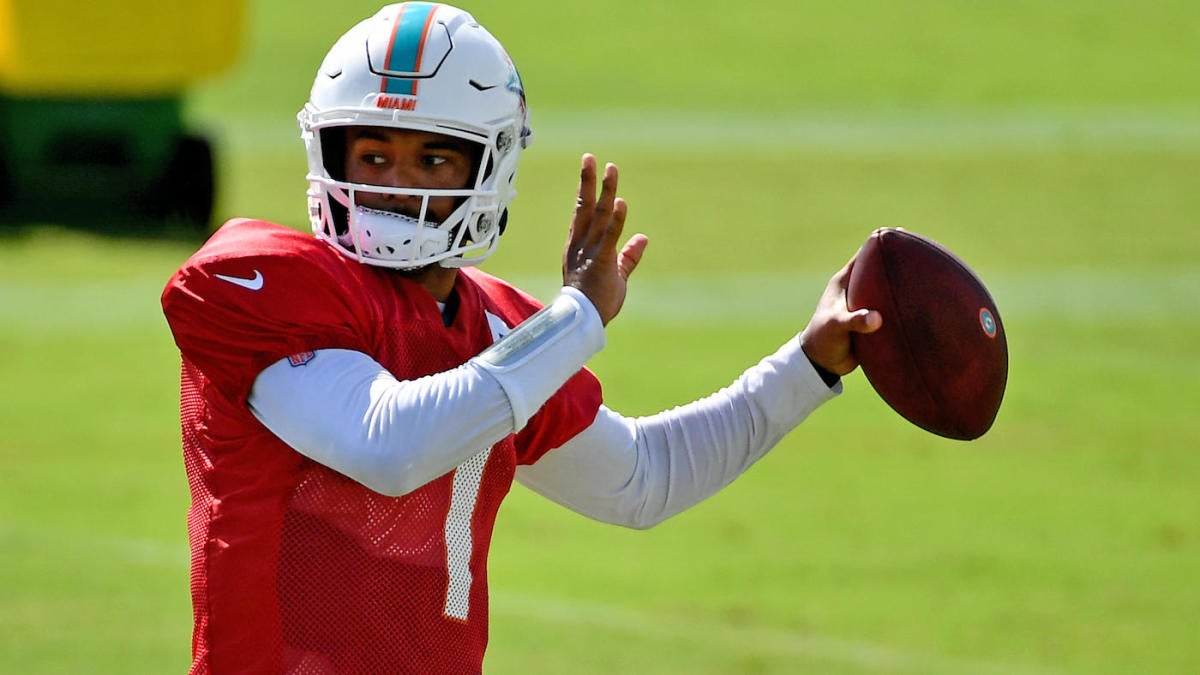 Ryan Fitzpatrick may understand that he’s the placeholder for Tua Tagovailoa at quarterback, but the starting role is one he might not have for long. The Miami Dolphins‘ top pick in the 2020 NFL Draft put together a very impressive practice session recently, and it was something that definitely had attendees talking. According to The Miami Herald, Monday was Tagovailoa’s best day since joining the Dolphins. If he stacks more practices like this one, it could be the Tua show sooner rather than later.

His “flashes of brilliance” included three touchdown passes during 11-on-11 drills, and he made a handful of throws that confirmed why he was considered an elite NFL prospect, per the Herald’s report. Interestingly enough, Tagovailoa reportedly found success during these 11-on-11 drills without his top two receivers in DeVante Parker and Preston Williams. He was getting the most out of rookies and journeymen. One of the best highlights came via a long pass Tagovailoa delivered to fellow rookie Malcolm Perry.

Check out the throw and catch, here:

Perry is another interesting wrinkle in this story, as he’s an offensive weapon that could make an impact in his rookie season. While he originally played the position of quarterback at Navy, Perry made most of his impact on the ground. In four years, Perry racked up 4,359 rushing yards and 40 touchdowns while averaging 7.1 yards per carry. He recorded 2,017 rushing yards during his senior season, which was the most rushing yards any quarterback recorded in 2019. Perry caught just 22 passes for 470 yards and three touchdowns during his collegiate career, but he clearly possesses the athleticism to be part of this wide receiving corps should the Dolphins choose to play him there.

Tagovailoa also impressed during 1-on-1 drills, and reportedly delivered several pinpoint passes that only the intended receiver could catch. The Herald’s reporters claim that Tagovailoa has not done enough to inject himself into the starting conversation yet and that the Dolphins have not been tempted to let him work with the first-team offense as a whole — which includes Miami’s top wideouts. However, if Tagovailoa puts together more practice sessions like the one he had on Monday, that could change.