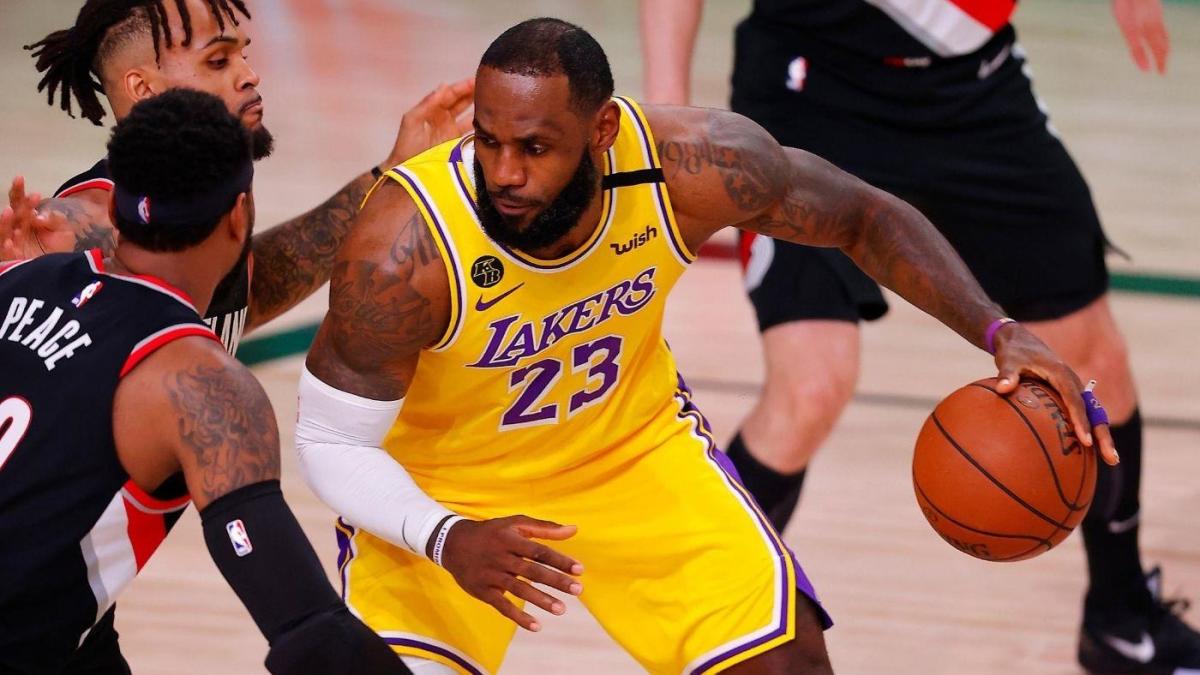 LeBron James appears ready to take over as the Los Angeles Lakers look for their third win in a row against the Portland Trail Blazers in Game 4 of their Western Conference first-round playoff series Monday night. The Lakers beat the Blazers 116-108 on Saturday to take a 2-1 lead in the seven-game series. After deferring to teammates since the league’s restart, James asserted himself in Game 3, cruising to 38 points and 12 rebounds in just 34 minutes. Blazers star Damian Lillard played despite dislocating a finger in Game 2 and scored 34.

Tip-off for this 2020 NBA Playoffs matchup is at 9 p.m. ET at AdventHealth Arena in Orlando. Los Angeles is a seven-point favorite in the latest Lakers vs. Blazers odds at William Hill, while the over-under for total points scored is 226. Before making any Blazers vs. Lakers picks, see the NBA predictions from SportsLine’s advanced computer model.

Now, the model has set its sights on Lakers vs. Trail Blazers. You can visit SportsLine now to see the picks. Here are the NBA odds from William Hill and trends for Trail Blazers vs. Lakers:

Why the Lakers can cover

Los Angeles is 7-2 against the spread in the last nine meetings between the teams, and James and 6-foot-10 forward Anthony Davis are a matchup nightmare for the Blazers. They are combining for an average of 53 points and 22.7 rebounds in the series, and James adds more than 10 assists per game. Davis also can make life miserable for opponents around the basket, averaging two blocks as the Lakers swat away a league-high five per game in the series.

The dynamic duo is just part of the equation for the Lakers. Los Angeles has 10 players averaging at least five points in the postseason, and six average at least four rebounds as the Lakers get a league-high 53.3 per game. Los Angeles outscored Portland 24-8 off the bench in Game 3, and the lack of depth is wearing down the Blazers.

Why the Blazers can cover

Portland is 12-5-1 against the spread in its last 18 games against teams with a winning straight-up record, and the Blazers have a strong nucleus led by Lillard. The guard scored 34 points in Game 3 despite his sore and swollen finger. He was named MVP of the league’s seeding games, averaging 37.6 points in the eight contests, including a 61-point outing.

The Blazers are 3-1-1 against the spread in their last five games as underdogs, and CJ McCollum is part of an elite backcourt with Lillard. The shooting guard averages more than 20 points per game and has been helping on the boards, averaging six per game in the series. The Blazers have welcomed the return of center Jusuf Nurkic, who had been out for more than a year after a leg injury. He is averaging 12.8 points and 7.5 rebounds since the restart.

How to make Lakers vs. Blazers picks

SportsLine’s model is leaning under on the total, calling for 224 points scored. The model also says one side of the spread hits in almost 60 percent of simulations. You can only get the pick at SportsLine.