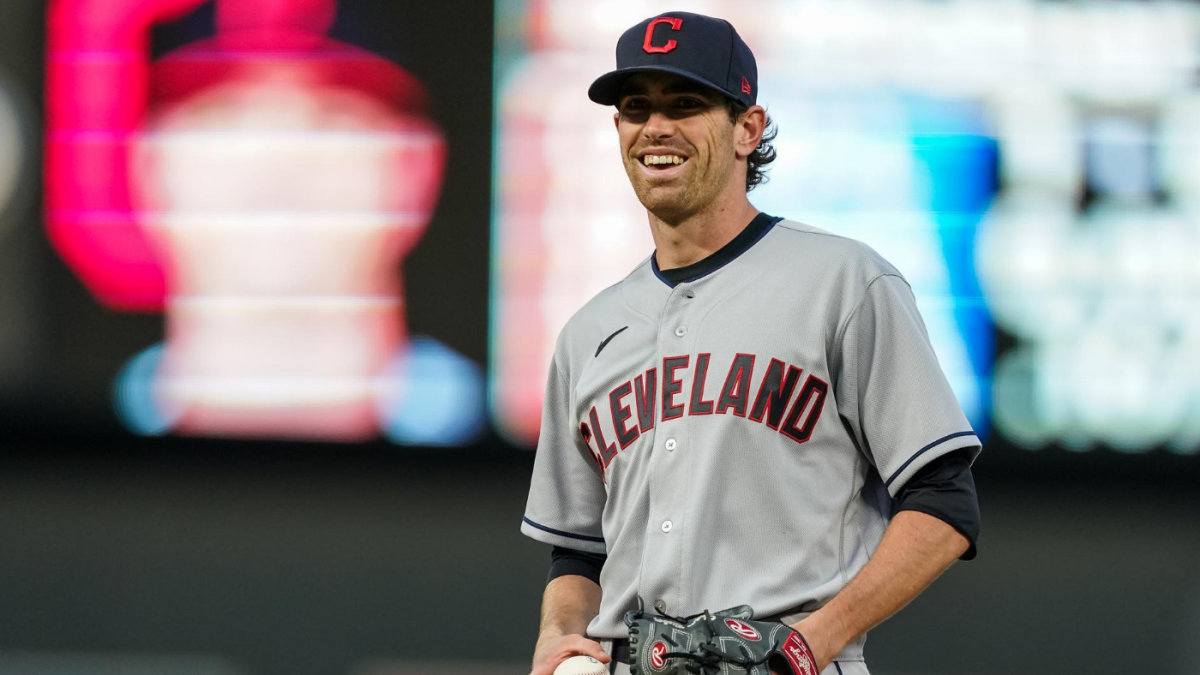 Watch Now: Highlights: Phillies at Braves (2:10)
Honorables mentioned: Dave Roberts, Dodgers; David Ross, Cubs; Jayce Tingler, Padres
Tatis has thus far authored tremendous numbers at the plate — .304/.385/.678 with an MLB-leading 12 home runs — and he’s done so while manning the most premium position of shortstop. Throw in the value he adds on the bases, and you’ve got the NL’s best player through the first month of the season.

Normally, the one-month mark of the season would make a suitable time for handing out fake awards only in the minds of those devoted to sample size buffoonery. In 2020, though, things are different. Thanks to the COVID-19 pandemic, the regular season has been carved down to just 60 games, and as such we’ve been granted a dispensation from on high that allows us to talk about MVPs and Cy Youngs and the like after just one month of play. So no citizen’s arrest will be permitted in this instance.
Honorables mentioned: Mookie Betts, Dodgers; Charlie Blackmon, Rockies; Ian Happ, Cubs; Bryce Harper, Phillies; J.T. Realmuto, Phillies; Juan Soto, Nationals; Mike Yastrzemski, Giants Honorables mentioned: Tony Gonsolin, Dodgers; Dustin May, Dodgers

Tough call here between Lewis and Robert. Without question, Robert has the higher long-term ceiling and is the superior defender and base-runner. The guess here is that Robert winds up being the deserving AL Rookie of the Year for this season. At the one-month mark, though, we’re going with Lewis on the strength of his sparkling slash line of .373/.463/.569 across 120 plate appearances. That .463 OBP paces the AL.
Honorables mentioned: Tim Anderson, White Sox; Nelson Cruz, Twins; Kyle Lewis, Mariners; Brandon Lowe, Rays; Luis Robert, White Sox

Normally, this scribe is not inclined toward giving the MVP award to pitchers, except in the case of a simply superlative performance. Simply superlative performance, thy name is Shane Bieber in 2020. Right now, Bieber paces all of MLB in strikeouts, K/BB ratio, and FIP; and he leads the AL in ERA and ERA+. For some specifics, Bieber has allowed just five runs in 40 2/3 innings, and he’s struck out 65 batters against just six walks. That ERA+? It’s 419, or 319 percent better than the league average, which is an absurd figure even across just six starts. Bieber’s also logged a quality start every time out in 2020, and he’s averaging almost seven innings per start, which remarkable given the erratic nature of the ramp-up period prior to the regular season.  Honorables mentioned: Randy Dobnak, Twins; Luis Robert, White Sox; Phillips Valdez, Red Sox

This season little was expected of the Fish, who endured 105 defeats in 2019, but Mattingly has guided them to a winning record and playoff position based on win percentage. Yes, they missed a number of games because of a COVID-19 breakout, but that just meant Mattingly had to work with a patchwork roster for a significant stretch of schedule.
See above. If a pitcher is the MVP, then he’s ipso facto the Cy Young winner. Did avoiding one additional write-up play a tertiary role in the choice of Bieber as MVP? This scribe isn’t even going to honor that with a response. Lance Lynn of Texas is Bieber’s closest competition for top honors.

Ah, yes, the Manager of the Year award and the nebulous criteria thereof. In this space, we give it to the skipper whose team has best defied expectations in a positive direction. So the honor goes to Montoyo, whose Jays are above .500 and in playoff position despite losing 95 games a season ago. Know this, though: The first mistake is caring about this award.
So backed fully by the current rule of law, here are your MLB award winners for 2020 after the first month of the season. Like it or not.

The only qualifying pitcher with a lower ERA than Bieber would be Bauer and his current mark of 0.68. Bauer also boasts an FIP of 1.96, and he struck out 41 batters versus just seven walks. Bauer at the moment is a bit light on innings with 26 1/3, but the run prevention is strong enough to give him the narrow nod over Atlanta’s Max Fried.
If you have to go with a position player for MVP, it’s Brandon Lowe of the Rays, but, hey, you don’t have to go with a position player. So there.