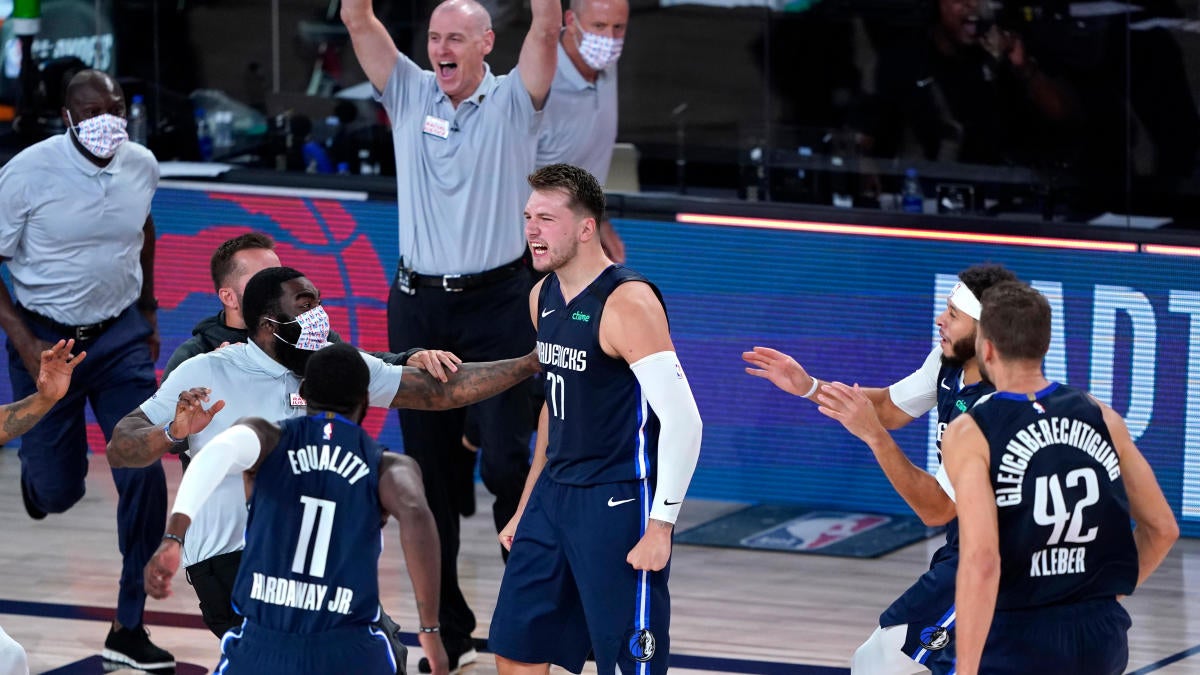 Luka Doncic isn’t supposed to make that shot. Staring down a potential game-winner in his first-ever NBA playoff series against one of the title favorites, he’s supposed to throw up an airball, crumble to the floor in defeat, then receive embraces from opposing players and coaches accompanied by clandestine motivational whispers of, “Don’t worry kid, one day this league will be yours.”

When that game-winning, 27-foot step-back 3-pointer rattled through the net as time expired to beat the Clippers in overtime, the Dallas Mavericks superstar deleted the future tense from his narrative and established himself in the present, announcing that he has as much claim to be the face of the NBA as anyone in the league. Right now.

“I can’t explain the emotions I had,” Doncic said after the Dallas Mavericks’ 135-133 win. “Not only when the ball goes in, but when I see the whole team running towards me. That was something special. One of the best feelings I’ve ever had as a player.”

It may sound like an overreaction, but there’s no such thing as an overreaction after what Luka did in Game 4 to tie the opening-round series at 2-2. Did we mention that Doncic was questionable until game time with a sprained ankle that he could barely put any weight on less than 48 hours ago? Did we mention that the only player on the Mavericks roster even close to his talent level, Kristaps Porzingis, played exactly zero minutes after being scratched just prior to tip-off due to knee soreness? Did we mention that Doncic did this against the NBA’s fifth-ranked defense featuring two of the best individual defenders in the entire league, one of them arguably the best perimeter defender of all time?

“He sees the game in 6G. It’s not 5G, it’s 6G,” Dallas Mavericks coach Rick Carlisle said after the game. “It’s another level beyond what most people see. Just a very, very special player. This game today was from another planet.”

And let’s not forget the most crucial component of the entire discussion: Luka Doncic is 21 years old.

But his age almost does him a disservice. It forces us to look at him through the lens of how good he will be, and perhaps causes us to downplay how good he already is. No player in NBA playoff history has put up the stats that Doncic did on Sunday — the only ones to log 40 points, 15 rebounds and 10 assists are Oscar Robertson and Charles Barkley. Doncic joined an illustrious list of players to score 40 or more points in a playoff game while also hitting a buzzer-beater: Michael Jordan, LeBron James, Kawhi Leonard and Damian Lillard.

Game 4 was the exclamation point, but this is nothing new for Doncic this postseason. He’s now averaging 31.5 points, 10.5 rebounds and 9.8 assists in the four games while shooting 52 percent from the field and 38 percent on 3-pointers, and that includes playing fewer than 30 minutes in Games 2 and 3 due to a blowout and his ankle injury. To be fair, this is his first NBA postseason series but far from his first playoff experience. Doncic was named Euroleague Final Four MVP while leading Real Madrid to the championship as a 19-year-old. He’s no stranger to pressure situations and bright lights, and on Sunday he undoubtedly proved that his poise, confidence and skill have carried over to the NBA.

It sounds premature, but sit back and actually ask yourself this question: Which players would you want on your team ahead of Luka Doncic … not in five years, but right now? Leonard and James probably get the edge, but a large part of that comes from their pristine playoff history — something Luka is currently in the process of constructing. If the Mavericks can somehow upset the Clippers, who are still dealing with health and conditioning issues, they’d face either the Utah Jazz or Denver Nuggets in the second round and, at that point, the Mavs would likely be the favorite in the series. After that, it’s a potential date with LeBron James and the Los Angeles Lakers in the Western Conference finals.

Sure it’s unlikely, but after what we saw on Sunday it’s hard to count out any team that has Luka on the court. At the very least, even if Dallas suffers a first-round exit, we’ll walk away from these playoffs knowing that we no longer have to talk about how good Luka will be one day. We can — we must — talk about how good he is at this very moment, and how fortunate we are to witness his ascent.