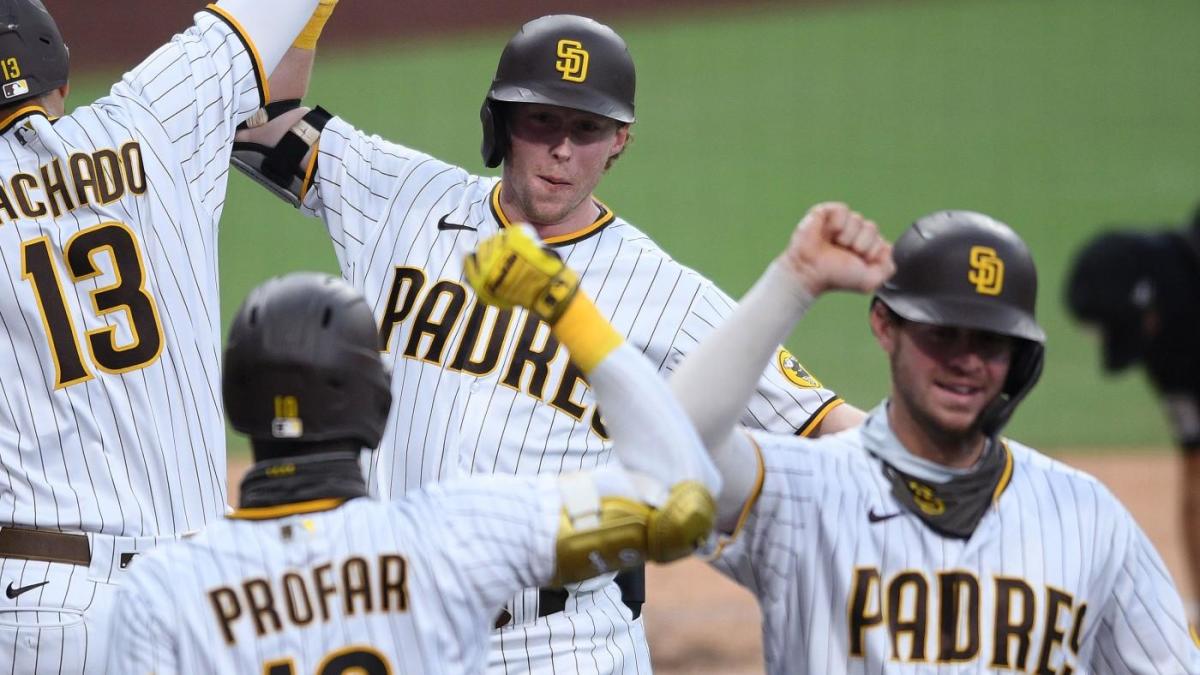 Watch Now: Time to Schein: The Padres set an MLB record with grand slams in 4-straight games (1:23)
Grisham, who the Padres grabbed from the Milwaukee Brewers along with Saturday’s starter Zach Davies, came into night hitting .245/.364/.431 on the season, along with four home runs in 122 plate appearances. He delivered his first two home runs against Astros starter Brandon Bielak. His third, an opposite-field shot, was hit against reliever Joe Biagini.
Take a look at this beautiful home-run footage:
This is the era of moving pictures on the internet, so sit back and enjoy this:
The Padres hit grand slams in four consecutive games from Monday through Thursday. Fernando Tatis Jr., Wil Myers, Manny Machado, and Eric Hosmer were responsible for those. Cronenworth’s grand slam means the entire Padres infield has hit one this week. The San Diego Padres won their sixth game in a row on Saturday night, topping the Houston Astros in a 13-2 boat race (box score). Four Padres homered, with two performances standing out above the rest: rookie infielder Jake Cronenworth hit San Diego’s fifth grand slam in six days, and leadoff hitter Trent Grisham launched three home runs himself.
We’ll start with Cronenworth, whose grand slam in the second inning gave San Diego a 11-1 lead. He entered the game hitting .328/.400/.597 with two homers in 75 plate appearances. Cronenworth was acquired by the Padres over the offseason as part of the trade with the Tampa Bay Rays that swapped Tommy Pham and Hunter Renfroe. Grisham is the third player to hit three home runs in a game this season, joining Los Angeles Dodgers outfielder Mookie Betts, who did it against the Padres on August 13, and Jose Abreu who had a hat trick for the White Sox on the same night as Grisham (box score). Also, Grisham is the 11th player in franchise history with a three-homer game. It’s worth noting that the Padres have had three other multi-homer games this year, two by Tatis Jr. and one by Machado.