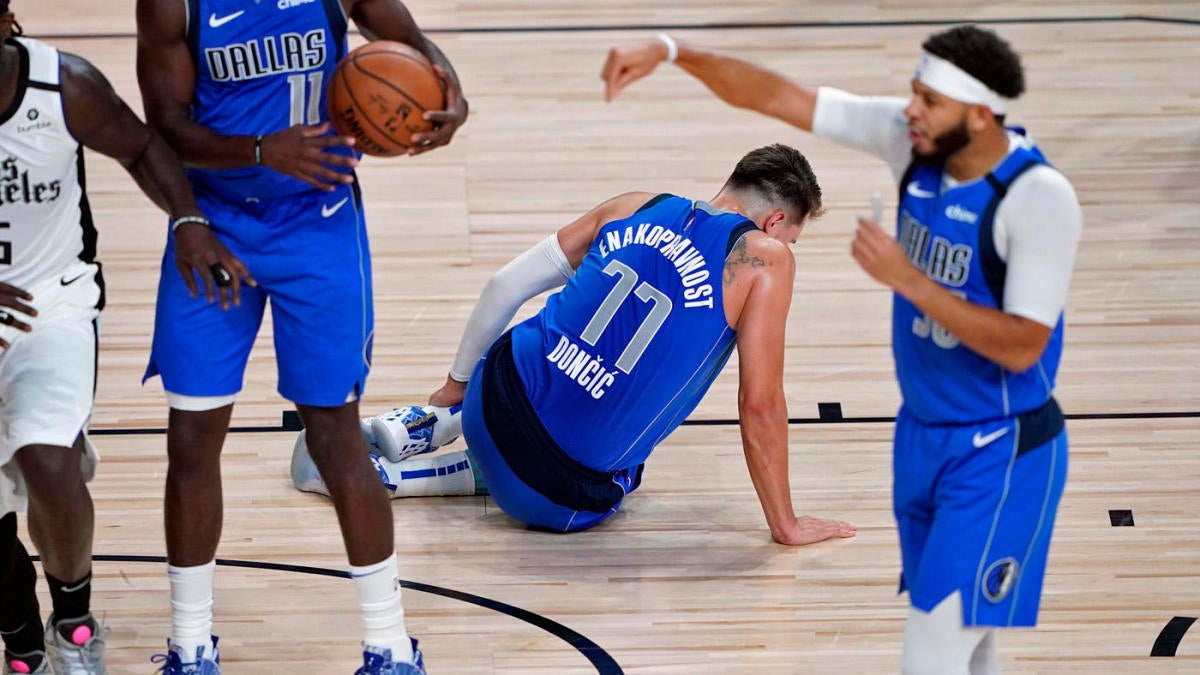 On Friday night, the seventh-seeded Dallas Mavericks might’ve lost a whole lot more than just Game 3 of their first-round series against the second-seeded Clippers. A the 3:58 mark of the third quarter, with the Mavericks trailing by 13, Doncic rolled his left ankle in pretty ugly fashion. He left the court and immediately hobbled into the tunnel, hopping on one leg. Doncic re-taped the ankle and re-entered the game to start the fourth quarter, but it didn’t last long. The pain was too much.

Luka has indeed had trouble with his right ankle, having sprained it twice earlier this season before tweaking it again when he slipped during Game 1 of this series. So yeah, I suppose there’s technically a bright side here if you’re determined to shun the path of pessimism. Doncic will have an MRI on Saturday. Maybe he’ll be able to go in Game 4 on Sunday.

But he absolutely will not be 100 percent, or probably anywhere close to it. And that is wildly frustrating. The Mavericks, in case you hadn’t noticed, are giving the Clippers everything they can handle. They’re down 2-1, but they’ve had to play major parts of two games without their two best players (I will never get over how bogus the Kristaps Porzingis ejection was in Game 1).

There is a very plausible alternate reality in which the Mavericks are up 2-1 in this series. Instead, the Clippers are in the driver’s seat. And perhaps that’s where they should be. Perhaps they’re the better team. I’m not convinced of that. Assuming health, at this particular moment in time I could easily argue that Luka and Porzingis are a better duo than Kawhi Leonard and Paul George, the latter of which is struggling mightily in this series. Without Luka at somewhere near 100 percent, though, the Mavericks have no shot.

And so, robbed of a true test for the Clippers, what we’re left with is a story as familiar as it is frustrating — yet another playoff series, in yet another postseason, that will largely be defined by an injury. We all know injuries are part of sports. They can’t be avoided. Next man up. We’ve heard it all, and yet they just continue to pile up for some of the most pivotal players in some of the most important series.

There’s an old saying that the best ability is availability, and man is that looking more and more true. It’s gotten to the point where we might need to forego recognizing the NBA Finals winner as the champion and just engrave “healthiest team” on the trophy. You think about the last five champions — there’s a glaring injury asterisk by four them.

In 2015, the Cavs had to play the Warriors in the Finals without Kyrie Irving and Kevin Love. In 2016, the Warriors lost Steph Curry to a sprained MCL in the first round and he was never 100 percent thereafter. In 2018, the Celtics had to play the Cavaliers in the East Finals without Kyrie and Gordon Hayward, and they still took them to seven games.

That same year, the Warriors were on the ropes in the West Finals, down 3-2 to Houston before Chris Paul ripped his hamstring. Last season, the Raptors won their first title in history, and pretty much everyone agrees it wouldn’t have happened had Kevin Durant’s not torn his calf and then his Achilles tendon. Then Klay Thompson blew his ACL for good measure.

This year, it’s more of the same — to say nothing of a worldwide pandemic. Russell Westbrook has yet to play in Houston’s first-round series with a quad strain. If he’s not back at close to 100 percent beyond the first round, we’ll likely never really know how far this Rockets team truly could’ve taken this small-ball experiment.

Just when it looked like the Celtics were becoming a threat, Hayward suffered a Grade 3 ankle sprain and is likely out for at least four weeks. Boston should be fine for at least the first round. On Friday they went up 3-0 on the Sixers, who, incidentally, are playing without Ben Simmons, who partially dislocated his kneecap in the bubble and recently had surgery.

The Raptors are playing a Nets team without Kyrie and Durant.

Meawhile, the top-seeded Lakers are tied 1-1 with the Portland Trail Blazers, who have lost Zach Collins (ankle surgery) for the season, and now Damian Lillard has a dislocated finger on his left hand. Lillard will likely play in Game 3 on Saturday, but like Doncic, he won’t be 100 percent if he does. So now we’ll likely end up having to wonder whether the Blazers truly could’ve pulled off this upset with a fully-healthy Liillard. This is to say nothing of the fractured lower back with which C.J. McCollum is playing.

There’s just no other way to say this: Injuries are the absolute worst. I don’t know if I just never paid this much attention or if they have gotten more frequent in recent years, but we’re not talking about nagging injuries for peripheral players. We’re talking about major, often season-ending setbacks for superstars.

We all have this pure, romantic idea of the greatest athletes in the world getting together on a court and finding out who truly is the best of the best. No opinions. No asterisks. Just a ball, two hoops and a scoreboard. But it just never works out that way. Because there’s always a big group of guys over on the side of the court on crutches. And the fans and players are left to say, until the end of time, “We would’ve won if …”

But that’s the point. Nobody will ever know who the best team truly was. The teams, the players, the fans, everyone was robbed of a pure, clean answer to that fundamental question. It’s supposed to be the athletes who play that define winning and losing. But in truth, championships more often come down to the ones who don’t.