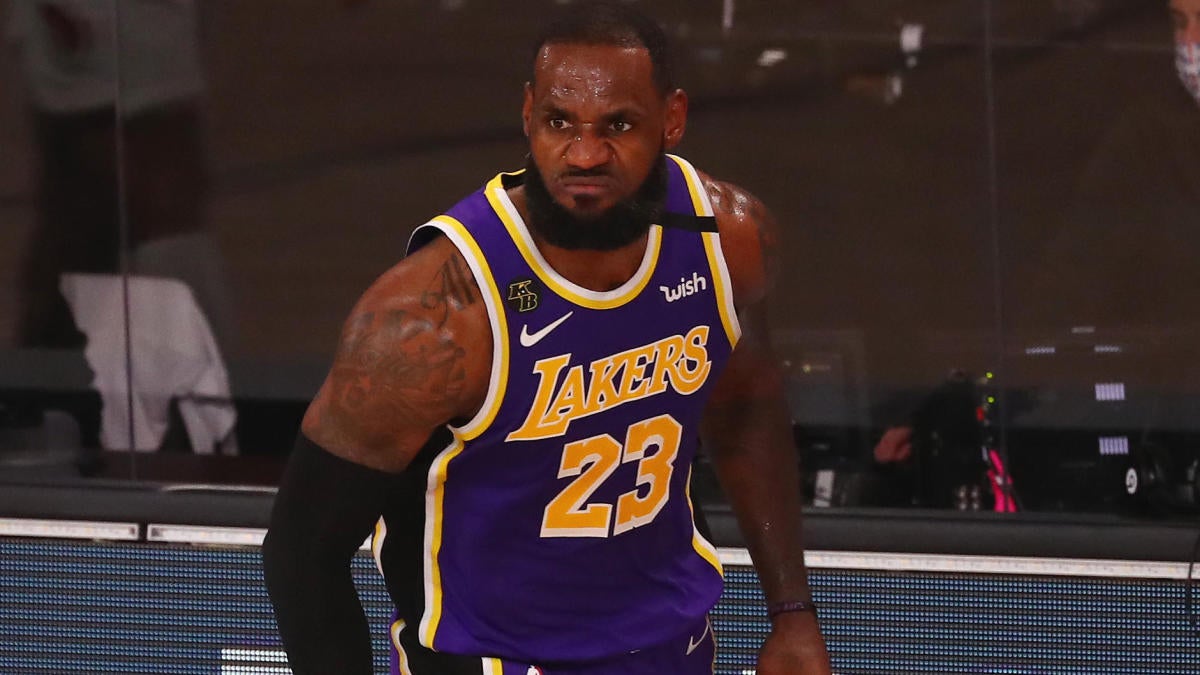 As manufactured as LeBron James‘ perceived slights punctuated with the #WashedKing tagline may seem, his time in the bubble prior to Saturday had generated one legitimate question making the rounds with casual fans and pundits alike: Is LeBron still capable of dominating a playoff game by scoring?

It seems like an unfounded query given LeBron’s dominance this season and immaculate track record in the playoffs, but the truth remains that we hadn’t seen Freight Train LeBron simply bulldoze an opponent into submission since the Los Angeles Lakers arrived in Orlando. He averaged 22 points in seeding games, scoring 20 or fewer in four of them, and was noticeably passive when it came to looking for his own shot.

By the end of Saturday night’s 116-108 Game 3 win over the Portland Trail Blazers, James had emphatically put those questions to bed while giving the Lakers a 2-1 lead in the series.

James scored 38 points, more than he scored in the first two games of the series combined, on 11-18 shooting and 12-17 free-throw shooting. The 17 free-throw attempts were the most for LeBron since the 2017 playoffs, when he made 15-of-21 from the stripe against the Toronto Raptors in the Eastern Conference finals, and they were a result of a singular mentality that LeBron established from the outset of Game 3: I’m getting to the rim.

“Tonight I just wanted to try to be aggressive — see if I can get into the paint, see if I can find my guys. And I was able to do that early, get to the line,” James said after the game. “Even though I missed a few of them early on, I felt like I had a good rhythm and just tried to make plays for myself and my teammates.”

LeBron had 27 drives combined in the first two games of the series, and it seemed like he had at least 27 on Saturday alone. The drives were also different, as he clearly got into the lane with the intent to score and/or get fouled rather than distribute. In Game 1 and Game 2, James passed on 44 percent of his drives, according to NBA.com. Compare that to the 2017-18 postseason with the Cleveland Cavaliers, perhaps the best individual playoff performance of his career, when he averaged 18.5 drives per game and passed only 25.6 percent of the time.

Just when people started to doubt him, he came out looking a lot more like vintage LeBron on Saturday. With the Lakers trailing and shooting 1-for-5 from 3-point range in the first quarter, James took it upon himself to make sure his team’s offensive bubble woes didn’t resurface by imposing his will while bodying defenders and finishing through contact.

By thinking score first and dominating the paint in the first half, LeBron drew the attention of the defense in the second half, leading to open, rhythm shots for his teammates — five of his eight assists came after intermission. Watch here as he draws four defenders and kicks the ball out to Anthony Davis, who swings it to Kentavious Caldwell-Pope for a wide-open 3-pointer.

Then, with a nine-point lead and less than two minutes to go, James found himself isolated against 7-footer Jusuf Nurkic, who has been running on fumes for a few games now. How many times have we seen LeBron shoot his patented step-back 3-pointer in this situation? You can see he thinks about it, but instead decides to get to the rim, icing the game with a bucket.

For a player with so many clicks on the NBA odometer, it’s fitting that James compared himself to a classic car following the Game 3 performance.

The problem with cars that have 17 seasons worth of miles on them, however, is that eventually when you try to shift to gear six, the transmission falls out and you’re stranded on the side of the interstate. That’s the worry with James in these particular playoffs. Playing every other day with the load that he has to bear on both ends of the court would be difficult for any star, let alone a 35 year old nursing a groin injury.

But James is confident that, even outside of the comforts of his own home, he can keep his body and mind prepared for the potentially long journey ahead, which continues with Game 4 against the Blazers on Monday.

“First thing you start thinking about right now is the body,” James told ESPN’s Cassidy Hubbarth after Game 3. “It’s important to get optimal sleep, get your recovery, do everything you can to get your body prepared to get right back at it. And then also at the same time you have half your brain thinking about your opponent as well. So it starts right now. As soon as I’m done talking to you, Cassidy, I’m gonna go to this locker room and get prepared — start getting my body right, start getting the nutrients and everything put in my body to get going again, so I can be ready and play at a high level once again in Game 4.”