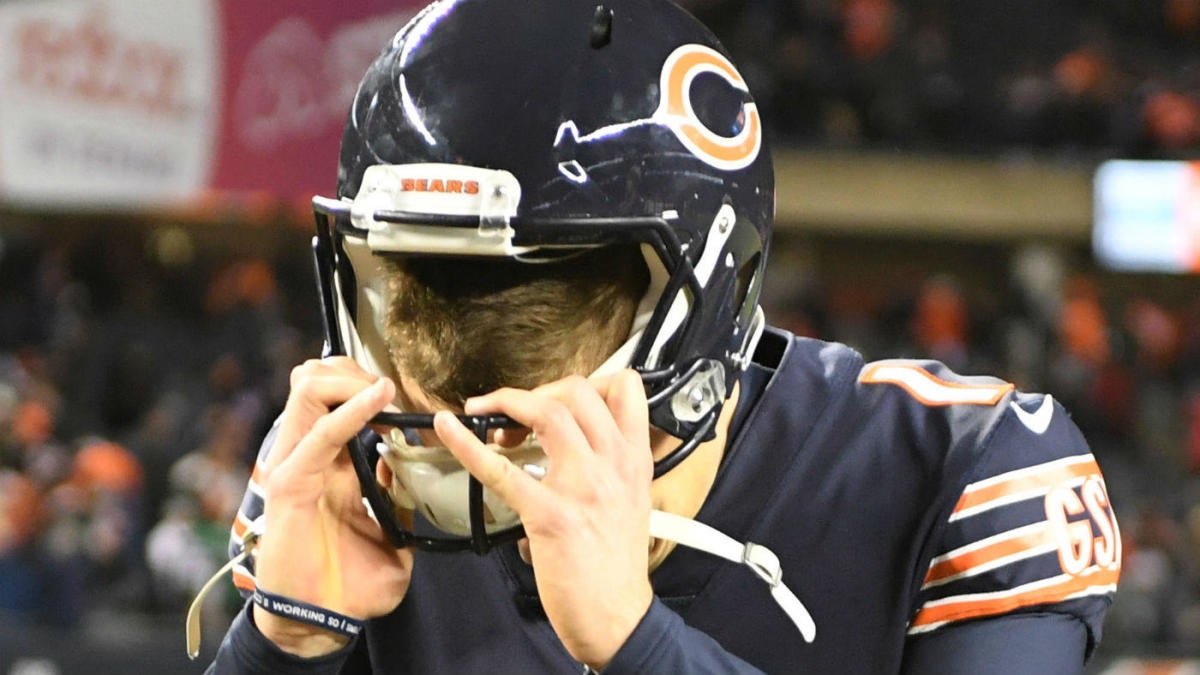 The Chicago Bears got mostly good results from kicker Eddy Piñeiro in 2019, a downright miracle considering coach Matt Nagy’s obsessive emphasis on erasing the club’s field goal woes the year prior. After finishing his first season in the Windy City with 11 straight field goal conversions, Piñeiro even garnered the praise of general manager Ryan Pace, who said he “loves” the young special teamer and envisions a “very bright” future for the 24-year-old in Chicago. But Saturday’s addition of old friend Cairo Santos, first reported by ESPN’s Adam Schefter, raises new questions at a position that’s overflowed with them in Chi-Town.

Piñeiro did not attempt a single field goal during media portions of Bears training camp this week, according to the Chicago Sun-Times, and Nagy gave a “non-answer” earlier Saturday when asked about his kicker’s performance, suggesting the team simply hasn’t gotten to the point of camp where it’s focused on special teams. But most teams don’t make kicking practice a separate part of the camp schedule, often allowing special teamers to partake in their own drills on a daily basis. Even more notable, perhaps, was special teams coordinator Chris Tabor indicating Saturday that Piñeiro’s job is not guaranteed: “You have to do what’s best for the team.”

Santos may very well just be late-camp competition — an extra leg for the final weeks leading up to the 2020 season. He hasn’t played in all 16 games since 2016, and he converted just four of nine FG tries (44.4%) for the Tennessee Titans in 2019. But the Bears’ seemingly unending penchant for kicker drama suggests this could ultimately be more than an August flyer.

Ever since parting ways with franchise icon Robbie Gould following the 2015 season, Chicago has arguably been the NFL‘s hot spot for place-kicking hysteria. The team’s initial Gould replacement, former Tampa Bay Buccaneers veteran Connor Barth, hit 78% of his FGs in his Bears debut but was just 11 of 16 (68.8%) the following year. The day after missing a potential game-tying try against the Detroit Lions in Week 11, Barth was cut and has been out of the NFL ever since. His replacement: Cairo Santos.

Best known for his days with the Kansas City Chiefs (2014-17), Santos lasted just two games in his first Bears stint, quickly landing on injured reserve after hurting his groin during late-season warm-ups. His fill-in, longtime Cincinnati Bengals kicker Mike Nugent, was perfect on four FG attempts to close the year but left for the Raiders in 2018, paving the way for the arrival of ex-Philadelphia Eagles Pro Bowler Cody Parkey on a four-year contract. Parkey, of course, lasted but one season, infamously hitting the uprights on four missed FGs in a single game, then hitting them again in a game-losing miss during a wild-card loss to the Eagles.

Nagy proceeded to go nuts with the ensuing open competition, to the point of inviting nine potential replacements to rookie minicamp and having all of them recreate Parkey’s heartbreaking 43-yard try in front of the entire team. Piñeiro was among the group, acquired in a trade with the Raiders, and ultimately won the job, finishing the 2019 season on a positive note — but not before his own painstaking miss, a failed 41-yard attempt as time expired that cost Chicago a Week 8 game against the Chargers.

If this history is any indication, there’s a good chance Santos hasn’t returned just to carry Piñeiro’s pads for a few weeks, especially since Nagy himself can’t seem to form a coherent sentence when asked about his current kicker’s role moving forward. Buckle up, Bears fans. It might be happening again.