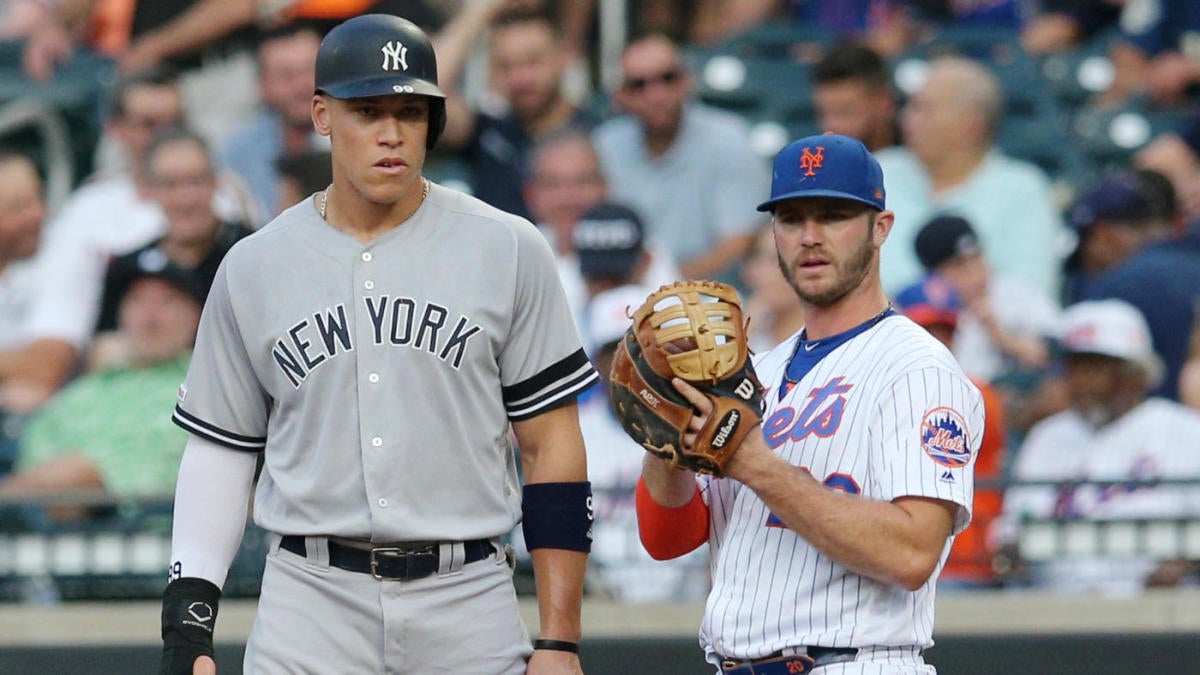 Watch Now: Breaking News: Mets-Yankees Subway Series Postponed Due To Covid-19 (4:01)
If MLB follows the same playbook they employed last week, when the Cincinnati Reds had a player test positive, then it seems unlikely that the Mets will play again until Tuesday. The Mets have an off-day Monday — the Yankees are off that day as well and MLB could use it make up games — and are scheduled to open a three-game home series with the Marlins on Tuesday.
MLB has already departed from its approach in one notable way: the league allowed the Mets to fly home Thursday night. Unlike with the Reds, the league’s contact tracing determined the player who tested positive hadn’t had much contact with their teammates, minimizing the perceived risk, according to Ken Rosenthal of The Athletic.
Based on what is known about the virus, the incubation period can range from between two to 14 days. That means an infected individual can still test negative. COVID-19 seems unlikely to transfer between teams provided their interaction is limited to on the field. The highest risk of transmission is when individuals spend a prolonged time in a crowd within an enclosed or poorly ventilated area at intimate distances. Or, in other words, not during a game on a baseball field.
Although MLB’s season is less than a month old, the league has already had to alter its schedule in a significant manner due to positive tests. Both the Marlins and the St. Louis Cardinals had outbreak situations that led to the teams being sidelined for weeks. The New York Mets are the latest MLB team to have games postponed due to COVID-19. Thursday night’s game against the Miami Marlins was postponed hours prior to the first pitch because two members of the Mets tested positive for the coronavirus, the league announced. The Mets’ three-game weekend series against the Yankees was also postponed, MLB announced Friday.
The Mets had a player and a staff member test positive for COVID-19, according to Tim Healey of Newsday. If the Mets are allowed to resume their season by Tuesday, New York and Miami could make up their game in a doubleheader. The Mets are also scheduled to play the Yankees again later in August, which could also feature doubleheaders to make up postponed games.